OneVoice activists are no strangers to challenges. So when the Israeli government announced its decision to designate a record number of West Bank settlements as national priority areas, OneVoice’s Israeli and Palestinian offices issued this joint statement:

“This decision is condemned by both OneVoice Israel and OneVoice Palestine, indicating as it does a lack of seriousness around the recently announced negotiations, and the avoidance of making critical decisions that will help make these negotiations successful. Instead of sending more money to the settlements, we need to see the growth of settlements frozen, so that a comprehensive agreement on the 1967 borders with limited and agreed upon land swaps can be achieved. 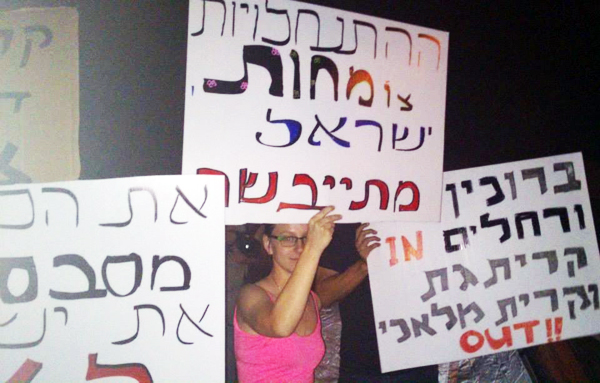 We encourage both sides to commit fully to the re-launched negotiations, based on clear terms of reference and a workable timeframe, and to avoid any action that might adversely affect or destroy such talks.”

OVI partnered with residents of Kiryat Gat, a city in Southern Israel marginalized by the government’s decision to allocate monies for settlements and not cities within the 1967 borders, along with activists from across Central Israel.

“If one needs to build an illegal settlement in order to be prioritized by the government, then let us become settlers,” said Avihai Osadon, an Israeli citizen who initiated the demonstration.

OneVoice Palestine (OVP) is working in parallel to keep negotiations in the spotlight in their communities. OVP wrapped up its “Ramadan Nights” events earlier in the week, reaching Palestinians in Nablus, Salfeet, Bethlehem, and Hebron, the latter of which saw 1,500 people attend! 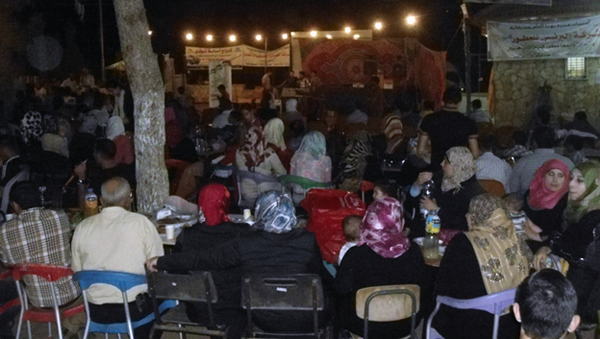 The goal of the events was to engage local Palestinians on the state of the peace process and what it means for a future independent Palestinian state while breaking their Ramadan fasts.

OVP youth leaders in Jenin also took part in their “Generous Lanterns” initiative, where they “distributed Ramadan items, water, dates, and yogurt in the old market, along with the Movement's fliers to support the Palestinian leadership's negotiation efforts.”

OVP Communication Officer Wasim Almasri reflected on the events in a new blog, which you can read here.