Restoration of the Nativity Basilica, a Favorable Ecumenical “Sign of the Times”

Previous Next
Restoration of the Nativity Basilica, a Favorable Ecumenical “Sign of the Times”

INTERVIEW – An historic agreement under the patronage of the Palestinian Authority was signed in September 2010 between the Churches that share the Basilica of the Nativity in Bethlehem. A “sign of the times,” by its very nature, always comes from another will to engage ours! Today, work is underway, and many journalists have shown their interest in this long-awaited project. On our part, we decided to interview Father Stéphane Milovitch about the ecumenical implications of this huge project. Fr. Stéphane is a brother of the Franciscan Custody of the Holy Land and Guardian of St. Catherine Monastery, Bethlehem when the agreement was signed. Today he is the Guardian of St. Saviour Monastery in Jerusalem, but maintains the mission entrusted to him by the Custody as “Franciscan Coordinator for work on the Basilica of the Nativity.”

1. How did churches that share the Basilica of the Nativity finally agree to launch the restoration work of the oldest Church in Christendom? And in what direction was this initiative taken?

The Palestinian Authority made the decision to launch the restoration. As a result, the communities were naturally involved. Indeed, the Church of the Nativity is one of the oldest Churches in Christendom. It has not undergone many changes. This basilica is also for the Palestinian Authority the largest and most visited monument in Palestine. Therefore, it was important that the PA support this unique building.

On the other hand, collaboration between Churches and the Palestinian Authority continues smoothly and without controversy. There are frequent review meetings, which bring together the leaders of the three Churches that share the Basilica, officials of the City of Bethlehem and construction engineers, under the chairmanship of Mr. Ziad Bandak, Minister of local government and adviser to the Palestinian President for Ecclesiastical Affairs.

2. How do you interpret the fact that this agreement was not born of the will of the Churches?

Many people are outraged that the Churches fail to agree, without external pressure being brought to bear, on the restoration of the Basilica. From my point of view, the delay in agreement is providential. Indeed, if each Church had been able to make restorations in turn, each Church would have disfigured the building’s restoration, in a way that would not have been uniform. The building would have lost its unity.  And it is precisely because the building has retained its pure Byzantine style that today attracts architects, experts and the international community.

Let’s take the contrary example of European churches. They have been consistently restored and have changed (we have seen the transformation of old churches of Byzantine and Romanesque styles taking on Gothic and Baroque styles). These restorations were ​​necessary because of the direction of the evolution of communities in Europe.

3. How has it worked out ecumenically? In other words, how does this common work serve Unity?

The building itself, “shouts” ecumenism. For example, in the mosaics that adorn the wall above the columns, there is the representation of the first seven Ecumenical Councils of the Church. The Byzantine Church recognizes all these Councils that we have in common! On the columns below, there are images of Saints, Eastern and Western, painted by the Crusaders. So, the Church of the Nativity highlights the universal Creed of the Churches, which leads us to a unique and unambiguous holiness.

It is finally good to note that many communities pray in this unique building day after day and have done so for centuries. Different rites, but the same living faith.

As for the restoration, all communities have worked with good will.

4. At what point is the work, presently? How long will we have to wait to see the restored basilica?

At first we did not think of restoring the roof, the structure and windows. But discovering that there was a broader heritage to protect in this church (frescoes, mosaics and even outside the building), work has been amplified. However, there remains the lack funds to complete all the work. We trust in providence and the generosity of people.

In principle, the first project was to take 13 months, but since the work is extended, the period of restoration promises to be longer in order that the Church regains its splendor!

5. Can we expect the same agreement will emerge to restore the Church of the Holy Sepulchre?

I do not know! 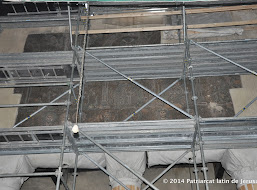 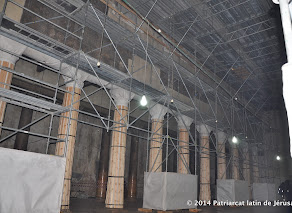 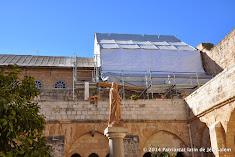 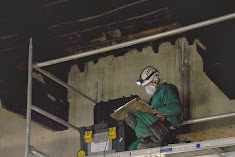