Previous Next
Christian Solidarity At Al-Aqsa

JERUSALEM – On February 26, 2014, a small group of representatives of the Christian Churches in Jerusalem went to the Al-Aqsa Mosque to protest against the draft of the Israeli Knesset to replace by an Israeli mandate the Jordan and Hashemite Family mandate for the high places of Islam.

Following negotiations of the Knesset, the Israeli Parliament, to abolish the Jordanian mandate of the Al -Aqsa Mosque and its replacement by an Israeli mandate, tensions have been felt both locally and internationally. Such a change of mandate to the holy places in Jerusalem threaten indeed the established balance and incites violence. The peace process negotiations are thereby also frail.

The delegation that went this morning to the Al-Aqsa mosque was composed of Bishop William Shomali, Patriarchal Vicar in Jerusalem and H.E. Munib Younan, head of the Lutheran Church in the Holy Land, as well as some priests and seminarians. They expressed their refusal to face this potential change in the Status Quo. The delegation was welcomed by Sheikh Azzam Al-Khatib, director of the Waqf in Jerusalem, as well as by Sheikh Abdel Azim Salhab, Head of the High Council of Waqf in Jerusalem.

Christian leaders believe that such a decision, if taken, threatens to put an end to the peace process and negotiations. The decision could undermine the peace agreement Israel signed with Jordan. The Jordanian Parliament has indeed voted, in a decision that can be called historical, to expel the Israeli ambassador in Amman. 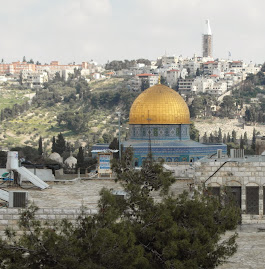 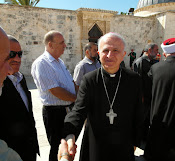 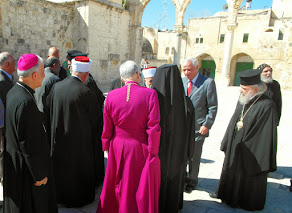 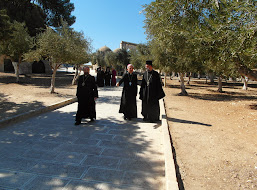 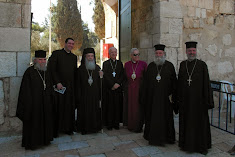