BIRZEIT – From Saturday, March 15, 2014 to Sunday, March 16, 2014 , His Beatitude  Fouad Twal made ​​a pastoral visit to the Palestinian town of Birzeit, where he met with parishioners and learned about their various activities.

On Saturday, March 15, Patriarch Twal made ​​his formal entry into the parish of Birzeit for a pastoral visit. He was welcomed by the scouts and religious leaders of the city, the Rosary Sisters, members of Municipal Council,  St. Vincent de Paul Society, parishioners, and the faculty and students Latin Patriarchate School. The Patriarch began his day at the parish church for a visit to the Blessed Sacrament,  met with members of the Society of St. Vincent de Paul in the parish hall. He then visited the various classrooms, from kindergarten to high school, before moving  to the Father Buzo Center, a home for the elderly, where he had lunch.

Early in the afternoon, His Beatitude offered his condolences to the family of Mu’taz Washaha, the 25 year old man killed  almost two weeks ago by the Israeli army who destroyed his home using shells and heavy machine guns.

Later the Patriarch met with various active parish groups: the Young Christian Students and Young Christian Workers, the children’s choir group, the Neocatechumenal Way, the adult parish choir and the Housing Committee. This long but eventful day finally ended with dinner at the community of the Rosary Sisters, and a meeting with the parish priest, Father Louis Hazboun, and seminarians of the parish, with whom the Patriarch prayed the Church’s Liturgy of Hours.

On Sunday morning, Patriarch Twal celebrated Mass during which a few parish children received First Communion and the Sacrament of Confirmation.  After Mass, many parishioners greeted him, spoke with him and took some memorable photos.  At noon, the Patriarch met with the Parish Women’s Committee, and had lunch with the members of the Legion of Mary.

The pastoral visit to Birzeit concluded with a visit to Nadeema and Samar Salameh and Fautine Abdallah, to whom he gave Holy Communion. He also visited the famous Fr. Manuel Mousallem, a son of Birzeit, who in recent years retired after a long life given in the service of the Lord, especially to his little suffering flock  in Gaza. 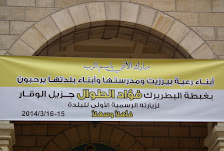 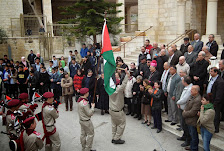 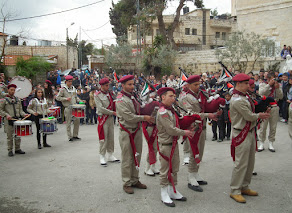 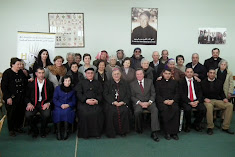 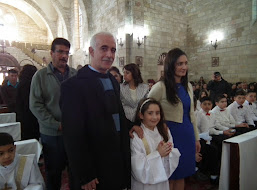