A New Target Of Vandalism In Deir Rafat

Previous Next
A New Target Of Vandalism In Deir Rafat

DEIR RAFAT – On Monday evening, March 31, 2014, anti-Christian graffiti were discovered on the walls of Deir Rafat Monastery, a convent which is the property of the Latin Patriarchate of Jerusalem , near Beit Shemesh, west of Jerusalem. Patriarch Fouad Twal visited the scene.

Another act of vandalism has targeted this time, the monastery of Deir Rafat, near Beit Shemesh, west of Jerusalem. On the evening of Monday, March 31, 2014, graffiti was scrawled on the walls of the convent. The slurs were not only anti-Christian, but also anti-American; disparagements as, “America is Nazi Germany” and “price to pay

[for the] peace agreement.” Furthermore, all vehicles parked on the property were slashed.

This “price to pay” tagged presumably refers to the negotiations which took place last night between the U.S. Secretary of State John Kerry and Israeli Prime Minister Benjamin Netanyahu on peace negotiations with the Palestinians, and in which Secretary Kerry demanded that Israel release a number of Palestinian detainees in Israeli prisons.

The Catholic Ordinaries in the Holy Land formally condemned this act of vandalism, which adds to the long list of those already perpetrated against several Christian places of worship in the country in recent years.

On Tuesday afternoon, April 1st, His Beatitude Fouad Twal, e Latin Patriarch of Jerusalem, went to the Deir Rafat  convent to inspect and deplore the obscene words and provide support for nuns and Christian family living in this place of peace.

Several media of different languages came at the invitation of the Patriarchate, to cover the event and interview His Beatitude who publicly deplored and condemned these acts of “madness.” “What schooling did these people have where they received such an education?” lamented His Beatitude. “These people have previously committed such acts against the nuns who live here and devote themselves to fast and pray day and night, for peace?”

Responding to questions from journalists, the Patriarch stated: “But we, like the nuns, we will continue to pray for these sick minds, so that the Lord takes away their ignorance and their narrowness of mind.” He stressed: “However, we must not be silent and we will do everything to ensure that justice is done and that these vandals and fanatics are prosecuted.”

Finally, His Beatitude regretted “that the imminent visit of Pope Francis, a man of peace, is marred in this way.” 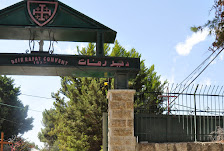 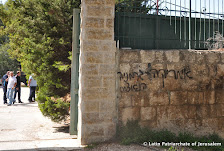 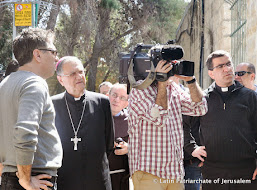 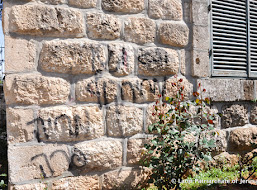