BETHLEHEM – On Wednesday, April 2, 2014, a symposium was held at the Bethlehem Hotel, entitled “50 years after the visit of Pope Paul VI, Pope Francis visits the Holy Land.” It was organized by the “Al-Leqa Centre for Religious Studies and Heritage in the Holy Land.” It was attended by many Palestinian intellectuals and Christian religious leaders, but also committed lay faithful.

“50 years after the visit of Pope Paul VI, the Pope’s visit to the Holy Land Francis” was the title chosen for the symposium organized by the Al-Leqa Center of Bethlehem. The symposium began with a speech by Archbishop Fouad Twal, Latin Patriarch of Jerusalem, in which he stressed the importance of the visit of Pope Francis to Holy Land in May, recalling that the main purpose of this visit will commemorate the historic meeting that took place between Pope Paul VI and Patriarch Athenagoras 50 years.

Thus, the meeting between Pope Francis and Patriarch Bartholomew of Constantinople will be a renewal of this fraternal embrace.

Recalling the visit of Pope Paul VI, the Patriarch said: “Pope Paul VI made ​​us aware of the great signs of the times. The first of these signs was the call for reconciliation and forgiveness. Our time needs people as effective as Pope Paul VI; people capable of working daily for reconciliation. Our Holy Land is always longing for the appeal made by Pope Paul VI himself when he addressed the United Nations (October 4, 1965): “Never again war!” Because of war, in effect, there is no winner, all are losers.

The Patriarch went on to say: “this call is the same as that launched by Pope Francis, one of the larger campaigns in history leading to the prevention of war in Syria. He repeated the words of Paul VI. Yes, our world and our region still have a daily need for love, justice and reconciliation among peoples and, foremost, in our hearts.”

The Patriarch thanked all those who contributed to the symposium, recalling the many activities, conferences and symposia organized by the Al-Leqa Centre.
The Mufti of Bethlehem, Sheik Abd Al-Majeed Ata, he spoke at the meeting of the joy with which the government and the Palestinian people are waiting for the visit of Pope Francis, recalling visits by the last two Popes, John Paul II and Benedict XVI, and emphasizing the fraternal relations and feelings shared between Muslims and Christians in Palestine.

Ecumenical, political and social issues of an historic visit

For his part, Archbishop Giuseppe Lazzarotto, Apostolic Delegate in Jerusalem, emphasized the ecumenical issue of the visit of Pope Francis, also stressing that His Holiness comes to Bethlehem and Jerusalem, to pray for peace in the world. He also assured the gathering that, overall, the preparations for the visit are going well.

At the first session of the symposium, Father Rafiq Khoury, priest of the Latin Patriarchate of Jerusalem spoke on “historical circumstances surrounding the visit of Pope Paul VI.” He stressed that the visit of Paul VI in 1964 was also ecumenical, despite the fact that the visit took place in a politically sensitive period, especially at the global level with the beginning of the Cold War. He then noted that, at that time, the media were less present than in our days when they “make” information that is not limited to a simple transmission of facts.

The meeting also enjoyed the intervention of Father Rifaat Bader, Director of Catholic Studies and the Centre for Media Education in Jordan, who honored the invitation of Al- Leqa Centre and came from Amman for the occasion. He presented the various speeches of Pope Paul VI in 1964, exposing a collection of old historic photographs gathered from various sources. He also announced that the Catholic Centre for Studies and Media Training currently published a book on the Pope Francis’ visit to the Holy Land, a word from the King of Jordan, Abdullah II and the President of Palestine, Mahmoud Abbas, and a set of documents and important information.

During the second session, Father Jamal Khader, rector of the Seminary of Beit Jala, spoke of “the ecclesial vision of the Papal visit”, underlining the importance it will have on ecclesial, ecumenical and religious levels.

Professor Bernard Sabella, a committed Palestinian Christian, referred to the political and social dimensions of the visit, stressing its importance for the Palestinian people, to the extent that His Holiness will see their suffering while approaching the Separation Wall and visiting the refugee Aida Camp.

We recall that Al-Leqa is a center for study and research on the religious and cultural heritage of the Palestinian people, Christian and Muslim of the Holy Land. The center works great for inter-religious dialogue. The different programs it offers have particular objectives: to continue meetings between members of different religions, to promote charity among the sons of the same people, to work for understanding between Muslims and Christians in the Holy Land, and to understand each other despite our intellectual, religious and behavioral diversity.

Article and photos by: Imad Freij 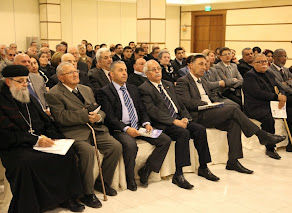 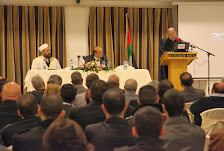 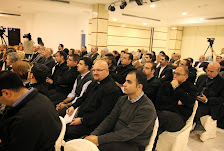 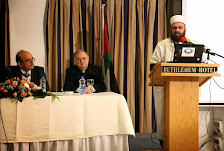 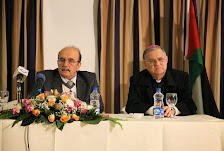 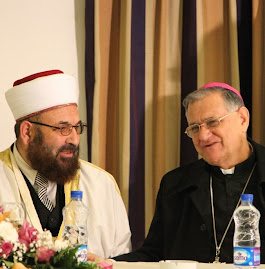 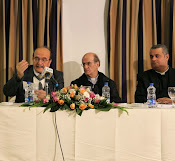 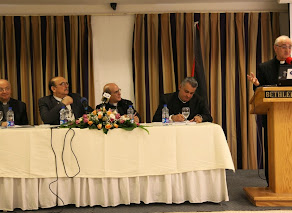 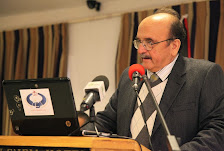 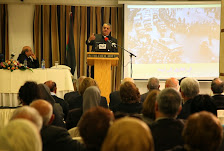 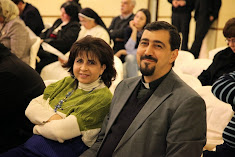 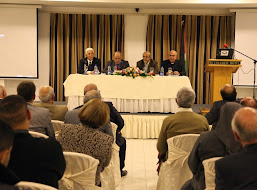