Pentecost: “We Do Not Have the Right to Be Afraid”

Previous Next
Pentecost: “We Do Not Have the Right to Be Afraid”

JERUSALEM – Dormition Abbey. His Excellency, Bishop William Shomali, Patriarchal Vicar of Jerusalem, presided over the feast of Pentecost this Sunday, June 8, 2014, celebrated each year at the Benedictine Abbey of the Dormition on Mount Zion.

In Jerusalem, as elsewhere in the world, the Church celebrated the feast of Pentecost, the descent of the Holy Spirit upon the apostles and disciples, 50 days after the resurrection of Christ, and 10 days after his ascension into heaven. Thus His Excellency, Bishop William Shomali, Patriarchal Vicar of Jerusalem, went to the Dormition Abbey to celebrate this great feast, as near as possible to the Upper Room.

Indeed, the Dormition Abbey is near the Upper Room, the Cenacle, where Pentecost took place. And for years, it is the tradition that the Latin Patriarch of Jerusalem, or his delegate, comes to celebrate Pentecost in this place so close to the same event narrated by the Gospel of John and Acts of the Apostles.  The Cenacle is closed to Christian worship ever since the expulsion of the Franciscans in 1523. However, the Franciscans still have the right to celebrate there, twice yearly, not the Holy Mass, but other liturgical rites: on Holy Thursday where the Rite of Foot Washing takes place in the high six rib-vaulted room, and the second Vespers of Pentecost.

As every year at the Dormition Convent, the seminarians of the Patriarchal Seminary in Beit Jala are present, and they alternate with the monks singing the chants of the Eucharistic celebration. The celebration takes on an “international” character, because in addition to Latin, the language of the celebration, and German, the language of the monastic community, some songs in Arabic are added, as well as the readings and homily in French, given that some young sons and daughters of French expatriates and diplomats receive on this symbolic day the Sacrament of Confirmation at the hands of the Auxiliary Bishop of Jerusalem during the Mass.

Christians commemorate the day of Pentecost, the day when the first Church “launched” forth from the Cenacle to travel through the world announcing the resurrection of Christ after spending several days locked up in fear. A fear that Bishop Shomali referenced in his homily, stressing: “Before receiving the Spirit, the Apostles were locked, all doors closed, and were afraid” (John 20, 19) “… we do not have the right to be afraid, nor close the doors of our churches, our homes and our hearts.” Commenting on the words Pope Francis spoke during his visit to the Holy Land, Bishop Shomali said that “The Church cannot remain behind closed doors, locked in fear, even if the context in which we live is difficult. She is by nature open. She is the mother. She gives the true life, Christ, the Spirit, to each of its children.”

Recalling the historic meeting of Prayer for Peace in the Holy Land, which would take place a few hours later in Rome, Bishop Shomali expressed his immense desire that “the Spirit breathes peace, truth and humility in this meeting so that it bears fruit, and the hope of all is rekindled.” He also recalled that this initiative is not entirely new, since “in 1997, Pope John Paul II had thought of such a meeting between Arafat and Netanyahu but without success.”

He finally concluded his homily by asking everyone to pray “for the Mother Church of Jerusalem, so that it is faithful to its vocation. In the midst of its suffering, it can testify to the resurrection. That amid divisions, it may be a sign of the Spirit of Unity that came forth from the Cenacle, the Spirit that speaks only one language, the language of love.” 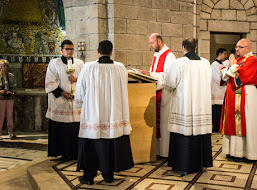 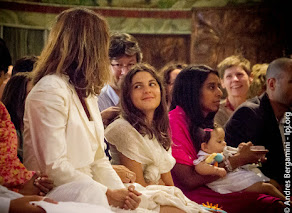 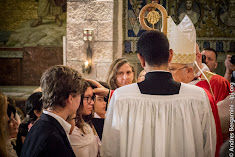 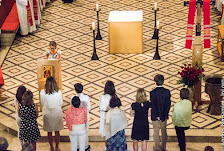 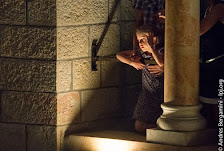 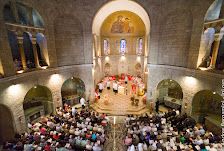 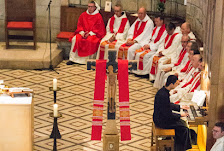 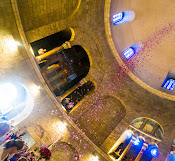 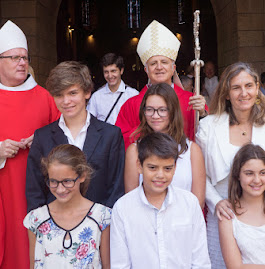 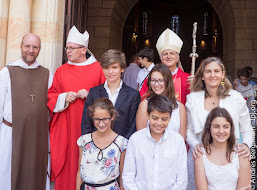