Patriarch Twal in Gaza: “The Testimonial of the Church Is Always a Source of Consolation and Courage”

Previous Next
Patriarch Twal in Gaza: “The Testimonial of the Church Is Always a Source of Consolation and Courage” GAZA – On Sunday 23 November 2014 His Beatitude went to Gaza for the second time since the painful events of last Summer He was escorted by His Eminence Cardinal Vincent Nichols, Archbishop of Westminster in England.

At 7 a.m. the delegation left the Latin Patriarchate of Jerusalem for Gaza. After having crossed the Israeli check-point, at the entrance of Gaza, the two prelates went forth to the Latin Parish, where faithful were waiting for them in order to celebrate together Holy Mass, on this day of the Lord. After Mass, Patriarchate and his distinguished guest met with the parishioners, before proceeding to the Greek Orthodox Church for a meeting with its pastor.

The delegation visited next the Jordanian Military Hospital which provides medical care to the people of Gaza. It is a an evidence of gratitude from the side of the Church towards the Jordanian Government which exerts a lot for the Palestinian cause and for the people of Gaza”, said the Patriarch. “And we wish to see other Arab countries follow the example of Jordan; Gaza needs are immense and pressing, especially in the fields of health care, education and accommodation”.

Cardinal Nichols was shocked seeing huge destruction in Gaza. “It is a deeply depressing situation in a devastated region where people are trapped”, said the

“It is astonishing the number of people with the appearance of nothing to do – people just sitting on the streets. It is not an economy which might uphold a whole population”. According to Cardinal Archbishop of Westminster “innocent citizens of Gaza are caught in a vice of conflicting ideologies – an almost impossible situation for them”.

The Cardinal felt concerned that the Middle East is seen more and more the victim of the rule of extremists, saying that “political leaders must not be satisfied with a security or military response, but need to find a political solution”.

For the Patriarch, the Cardinal’s gesture would be “a sign of unity between Mother Church of Jerusalem and the other Churches of the world”. He wishes that “other dioceses and other bishops follow the example of the Diocese of Westminster and of its pastor, and come to see our situation from close, so that our fellowship and unity become yet more solid”.

Following the visit he made with the Cardinal to the Sisters of Madre Teresa and to the Rosary Sisters, the Patriarch expressed his gratitude towards these charitable institutions run by the Catholic Church, including international ones like Caritas, Pontifical Mission and CRS in Gaza. For the Bishop of Jerusalem “it is a testimonial given by the Church, which fills us up with consolation and courage. These religious communities and these institutions provide a genuine service to the people of Gaza, on the level of health care and food, and helps them at times to find shelter”

“Soon I shall come back to Gaza, said the Patriarch, in order to celebrate Christmas with what remains of our children over there! It is a joy and a pastoral duty. We shall listen to them, and they will convey to us their anguish, their needs, their sufferings”

In conclusion the Patriarch expressed his astonishment seeing laborers still working to keep roads clean, despite the wide-scale devastation of the city. He also noticed, in good humour, a growing phenomenon: asses becoming more and more a means of public transportation!  Hope is creative! 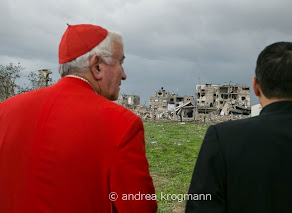 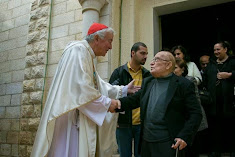 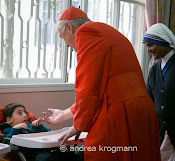 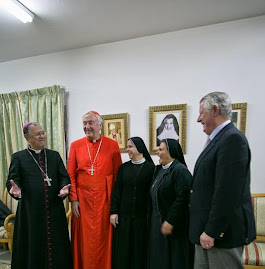 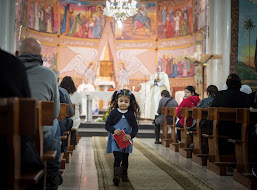 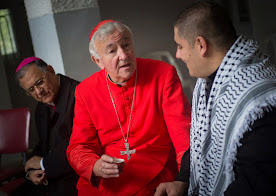 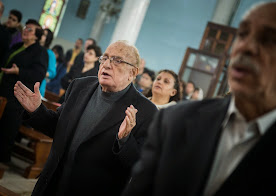