The Ecumenical Council of Churches on Pilgrimage to the Holy Land

HOLY LAND – The 10th Assembly of the Ecumenical Council of Churches (World Council of Churches) went on pilgrimage to the Holy Land between 7 and 12 March 2014. Members took to heart the invitation of the Assembly to be “pilgrims of justice and peace” giving a more prominent spiritual character to their encounter.

It was decided this year by the Central Committee of the Council that the pilgrimage would start in Israel/Palestine, cradle of Christian faith, under the theme of solidarity towards local Church and people, with the aim of bringing forth a testimony of peace and justice.

The agenda involved encounters and worshipping with Heads of different Churches, in a spirit of ecumenical and interreligious dialogue. Pilgrimage started by a Way of the Cross right on the first evening. On the following day, members of the Council visited the Greek Orthodox Patriarchate, the Church of the Holy Sepulchre and in Bethlehem the Basilica of the Nativity, the Shepherds Field and Aida Refugee Camp. As pilgrims of justice and peace, they did not fail to drive deep into the earth traces of their pilgrimage, by planting two trees on either side of the Separation Wall.

On Monday 9 March, after a morning of ecumenical prayer and visit to the courtyards of the Mosques, a lunch was offered by Patriarch Fouad Twal at the Latin Patriarchate of Jerusalem attended by Heads of Churches of Jerusalem. It was an occasion for a brotherly get-together around a meal and for an exchange of talks in a cordial spirit.

On the agenda the World Council of Churches has several official meetings as well; they visited the Chief Rabbinate, Yad Vashem and Museum of Palestine in Birzeit. A visit to Gaza is scheduled for today Wednesday 11 March.

Below : photos of the lunch at Latin Patriarchate 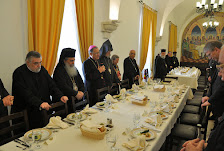 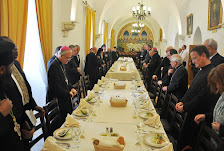 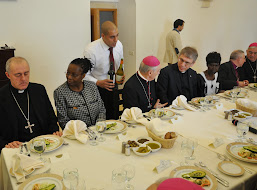 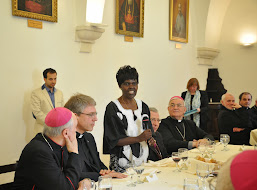 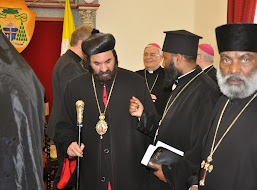