Previous Next
“Seven Days of Wonder”

BEIT SAHUR – June 2015. This is the witness of a young Christian girl who wants to share with us the experience she made with a group of thirty young Palestinian Christians, during the historical event of the Canonization of two Palestinian nuns in Rome last month: Mariam of Jesus Crucified and Marie Alphonsine Ghattas.

Four days prior to the big day, as preparations for the canonization of the two Palestinian saints were in full swing, I set foot in Rome for the first time in my life with 30 Palestinian young men and women.

We commenced the memorable journey by heading towards Assisi- a city where architecture artistry is so impressive that it competes with nature’s beauty. St. Francis Basilica and Santa Maria Degli Angeli were the first two sites we visited. For someone with little travel experiences in her record, the intensity and richness of paintings, statues, and stone carvings seen in the candle light of these two churches were breathtaking.

The next stop was Siena where we visited Piazza del Campo, the main center of the city, regarded as one of Europe’s greatest medieval squares. After Siena we headed to Florence, walked through the amazing city squares filled with beautiful architecture, a collage of street music performances, many mixes of colorful sites, and exceptionally welcoming and hospitable people.

One of the most distinguished locations we saw in Florence was Ponte Vecchio: the medieval stone arch bridge over the Arno River, with what seemed to be an entire market of jewelry shops built upon it. Walking through the streets where Dante, Da Vinci, and Michelangelo once been, one begins to see the maternal nature of such a city that cradles artistic and intellectual heritage like no other.

After Florence, the next stop was the Fortress of Montalcino, with the first medieval walls built in the 13th century; the fortress still stands despite the wars it has been through. What might have been even more impressive for me about this site is the view of the little town of Montalcino from the highest point. Standing there with centuries beneath me and amazing natural views before me was one of the very special moments during the entire trip.

We were taken aback as we entered St. Peter’s square on the 13th of May to witness the Canonization of the two Palestinian saints by the greatness and magnitude of the place and the masses of people who gathered for the celebration. It was only when we stood side by side waving the Palestinian and Vatican flags, and wearing Palestinian traditional dresses in the middle of St. Peter’s Square did the significance of this day really sink in.

The announcement of Maria Alfonsina and Mariam Bawarde, the first Palestinians to become saints is a critical moment for Palestinian Christians all over the world, and having had the honor of participating in this event was truly a humbling experience for all of us.

We spent the rest of the trip in Rome, visiting the main historic and touristic locations like Fontana Di Trevi, Piazza Navona, Piazza Di Spagna, the Pantheon, the Colosseum, and many other sites. Walking through Rome is really like walking amidst centuries of civilizations that remain standing despite time.

They say “travel is the only thing you buy that makes you richer”, and I think I speak for the entire group when I say that today we feel much wealthier than we did almost over a month ago, because we had the good fortune of attending a trip that combined history, culture, and a truly special spiritual experience altogether.

A young Christian girl from Palestine 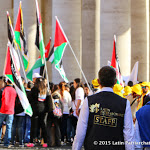 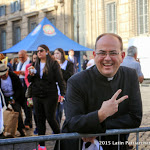 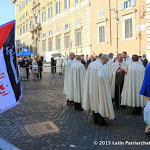 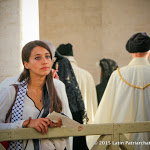 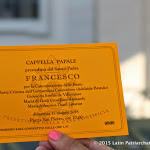 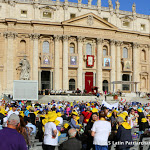 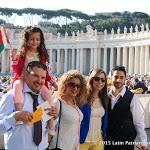 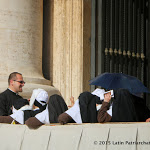 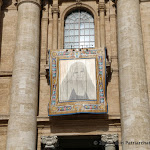 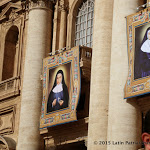 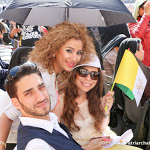 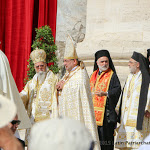 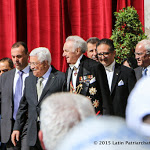 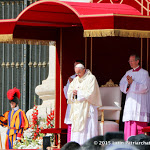 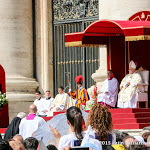 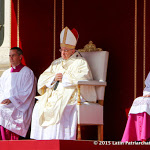 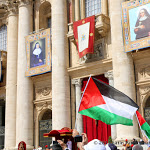 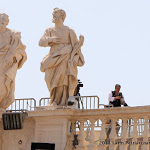 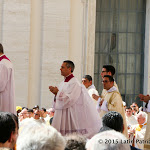 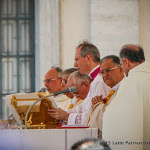 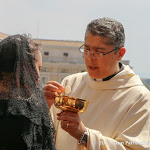 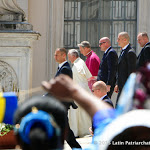 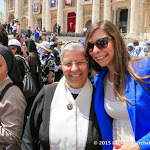 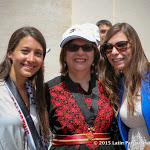