Assyrian Christians become the latest to back the YPG in Syria

The Syriac defense group active in Hasakah say their YPG allies should be left out of Turkish strikes. (AFP/File)
A militia group of Assyrian Christians in Syria became the latest in a growing list of Turkey critics this week when they released a statement on social media calling for a ceasefire.

Syriac Military Council (SMC) is a self-formed defense league allied with the Kurdish militia Peaople’s Protection Units (YPG) and some factions of the Free Syrian Army in Hasakah, Syria, where Daesh (ISIS) militants have pushed up against them for months.

Now, as Turkish forces are accused of shelling YPG and FSA positions across the border, things are heating up with the SMC, too.

Read the statement below. 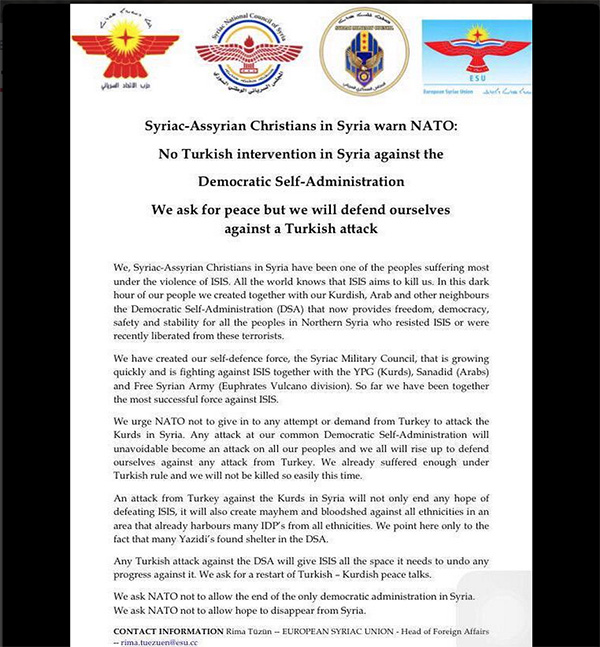