WASHINGTON, DC – The Holy Land Christian Ecumenical Foundation (HCEF) presented an intimate display of Palestinian Christian artifacts at In Defense of Christians’ (IDC) cultural event at the French Embassy this past Thursday, September 10. The event, “Celebrating Christian Art and Culture from the Middle East,” was part of IDC’s National Leadership Convention 2015.

HCEF’s presented a travelling exhibit of its Bethlehem Museum. It brought together a range of Palestinian Christian pieces that captured the skill and cultural depth of Holy Land Christians. Included in the display were several olive wood and mother of pearl carvings, such as the Star of Bethlehem and a Nativity set, both representing traditions introduced to Palestine in the 14th century by Franciscan Friars. The exhibit also featured a replica of the oldest known map depicting the Holy Land, a mosaic map created in the 6th century for a Byzantine church in the town of Madaba, Jordan. The original can be found on the floor of the Greek Orthodox Church of St. George in Madaba. Additionally, HCEF also presented one of its rarest and most valuable pieces: A traditional “malak” dress from Bethlehem made with locally woven material, such as silk inserts and metallic thread. The dress is an exquisite example of Palestinian craft, featuring couching embroidery, a famed style of the region.

HCEF was joined at the event with other Christian artists from the Middle East. Later in the evening all the participants and guests gathered for film screenings, poetry readings, musical performances, and a panel discussion. During the panel portion, Ms. Abigail Galván, HCEF’s Special Programs Coordinator, spoke about HCEF’s exhibit and the mission of the Bethlehem Museum. Ms. Galván said, “HCEF’s mission has always been to preserve and celebrate the presence of Christians in the Holy Land. We accomplish this a number of ways through our twenty-plus programs. Through the Bethlehem Museum, we accomplish our mission by collecting and maintaining the great cultural and historical markers of Palestine, displaying them proudly for visitors from all over the world to enjoy. We are preserving the roots of Christianity with these artifacts. It is through them that the Christian faith has been maintained over two millennia.” Ms. Galván directed the audience to learn more about the Bethlehem Museum at bethlehemmuseum.com, where you can learn about the Museum’s rare and varied collection, along with its extensive gift shop and Al-Karmeh Restaurant, which features traditional Palestinian cuisine. 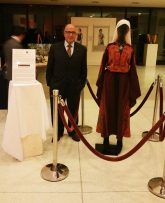 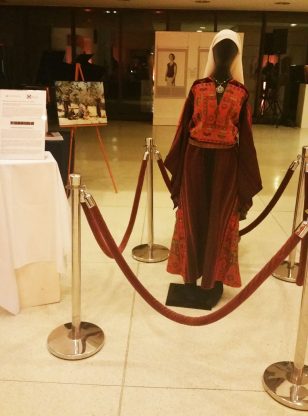 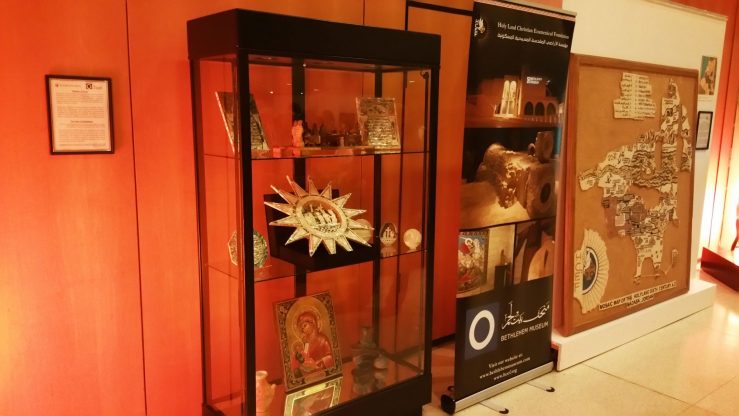 To see the exhibit HCEF displayed at last week’s event, and to participate in its mission to preserve and celebrate Christians of the Holy Land, join us for: