“He is considered as a sign of hope” says Rateb Rabie, President and CEO of the Holy Land Christian Ecumenical Foundation, whose concern is the well-being and preservation of Christian Arabs in the Holy Land. “In particular, he canonized two Palestinian nuns, and he flew the Palestinian flag at the Vatican.” Though largely rhetorical, the Pope’s stance on Palestine has been incontrovertible. Yet these are only a couple of examples of the work Francis has done with regards to the Middle East, that has won him favor with many Arabs, Catholic or otherwise. His larger anti-war, poverty-focused messages have also resonated deeply within the Arab-American community.

This is likely to fall on some deaf ears as many in Congress, Republicans and Democrats alike, do not identify with his ideas on social justice, anti-capitalism, and environmental responsibility. 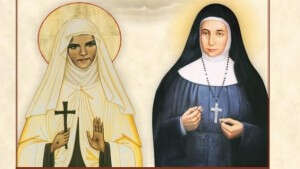 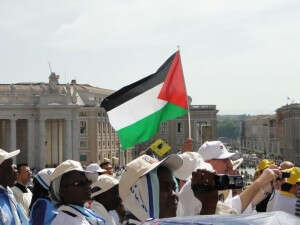 Imam Yahya Hendi, Muslim Chaplain at Georgetown University, experienced similar reservation about Francis’ ability to sway members of Congress. “You never know what Congress is going to do, but I want them to find themselves in his words.” Specifically, Hendi hoped that his stances against large-scale violence would be understood. “He has made so many remarks against war…we are tired of civil wars, tired of wars in the Middle East, the victim of which has been hope. I want him to say let’s focus on making peace not war.”

Ibrahim Hooper, Communications Director of the Council on American-Islamic Relations (CAIR), echoes many of Imam Yahya’s sentiments. He believes that the Muslim community at large has embraced Francis. “The American Muslim community in general has a high regard for the Pope. Hs personal humility, his stance on the poor, the environment, these are all valued in Islam.”

These same stances that have endeared him to American Muslims have been what brought his message to a larger audience in general. And it is precisely this communal, inclusive attitude that has made him a symbol to so many in the fight for justice in all its various components. Still, Francis has faced criticism. Primarily from those who find his ideas on living communally to be threatening. He has, for example, routinely had to deny being a Marxist. Still, there are those who believe that the greatest threat to his Papacy will come internally, from those within the Church who see him as too much of a reformer.

One such person is Father Isaac Crow, assistant pastor of the Ss. Peter and Paul Antiochian Orthodox Christian Church in Potomac, Maryland. “There are forces working against him, even within the Church, because there are people who do not want to see the Church open its coffers to the poor.”

Still, Father Crow believes that Francis has been largely successful in his unifying endeavors, particularly in relation to the Orthodox Church. “He has re-opened dialogue with the Patriarchate. He has received Orthodox Bishops in Rome. We have a vocation to co-exist with others and he expresses that.”

Like many others, Father Crow has been attracted to Francis’ stance on the environment and the underprivileged, stating that the Pope has been practicing “pragmatic pastoral” leadership, a concept central to the Eastern Churches. “He keeps fidelity to the real face of religion. It is clear that he has an authentic concern for the dignity of humanity. We think very highly of him.”

Appropriately, Father Crow’s sentiments are echoed by every other leader spoken to for this article.  All have joined, regardless of faith, to wish success for this man–a man who knows that the responsibility of all human beings is to live with and love one another.