Beit Jala – It has been five months since the lands in the area of Beir Onah, near the Cremisan monastery, were confiscated by the State of Israel.  Last August, Israeli bulldozers came unannounced and uprooted 50 olive trees of over 1,500 years in preparation  for the construction of the separation wall.

Peaceful weekly demonstrations were held to denounce this decision; but demonstrators were being dispersed with tear gas.   Daily prayers continue on the premises with the participation of religious representatives, diplomatic delegations and demonstrators from the Bethlehem area.

Protests and prayers have been suspended in the  past three months to ensure the people’s safety, due to the escalation of violence and tension in the Holy Land.

During the olive harvest last October, the Israeli Defense forces prevented farmers and peasants in the Beir Onah region from harvesting.  According to them, the area is a closed military zone.  Since then, Israeli bulldozers continue  uprooting olive trees, even without receiving the “proceed order” from the  Israeli Supreme Court to carry out the construction work.

Fr. Aktham Hijazin, parish priest of Beit Jala stated, that the landowners of Beir Onah and others in Beit Jala experiencing the same situation are in a state of despair. For him, the illegal practices of Israel, from the uprooting of olive trees to the confiscation of lands and preventing owners from accessing their lands, show the true face and the reality of occupation and injustice.

He said that the only viable solution to this problem is to exert pressure on the Israeli government to stop the further construction work of the separation wall.  He continued that, “the real purpose of the separation wall is not for Israeli security but to acquire more territories. The wall is destroying the past, present and future of the Palestinians.”

Fr. Hijazin further said that “My message for Christmas this year is about love and mercy, God’s love and salvation. I ask people to love one another because love is the way to peace between Palestinians and Israelis.” 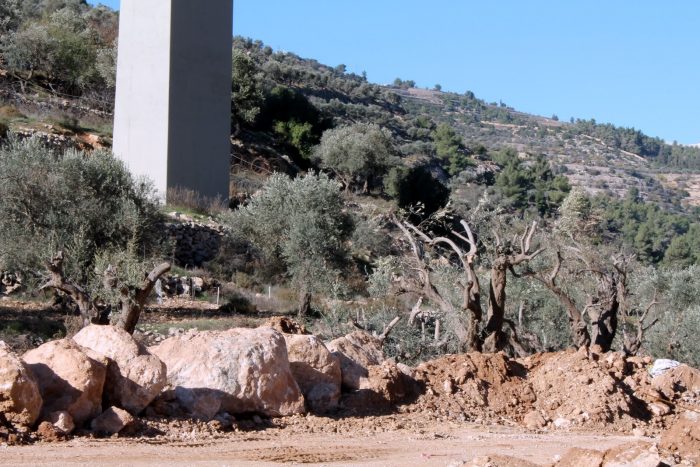 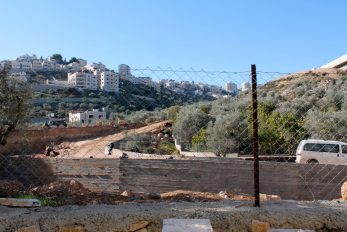 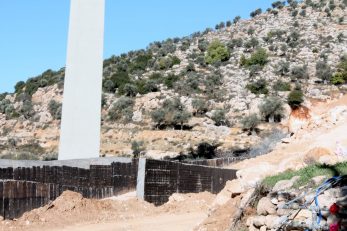 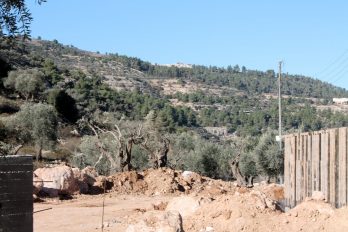 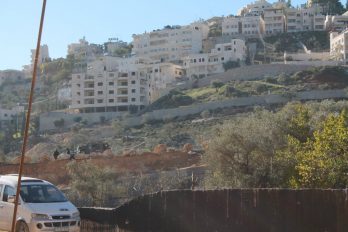 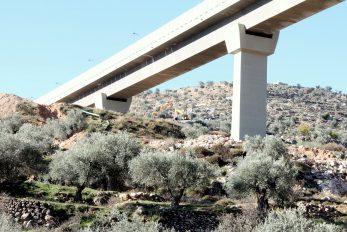 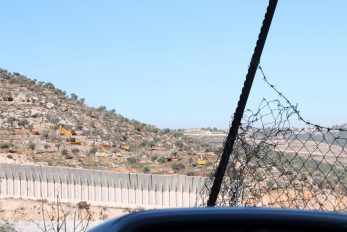 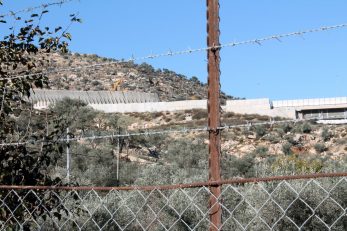 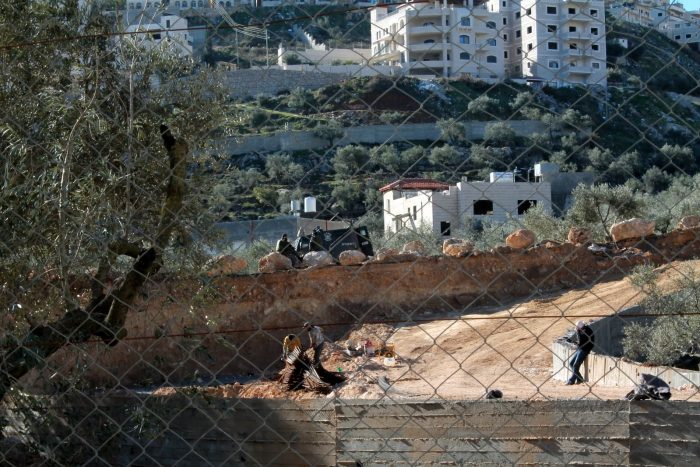