Ramallah- Members of Birzeit Senior Citizen Center attended Holy Mass at the Parish Church of the Holy Family in Ramallah to receive the Sacrament of the Sick from His Beatitude, patriarch Fouad Twal, and Bishop Zygmunt Zimowski, head of the Vatican delegation representing his holiness Pope Francis, in observation of World Day of the Sick (WDS) on Sunday, February 7, 2016. His Holiness, Pope Francis, chose the Holy Land to mark the 24th celebration of this event, which is held every three years in a different country around the world where elderly, sick and all those who are in need of forgiveness and blessing are given the Anointing of the Sick Sacrament in addition to the forgiveness prayer and the Holy Communion.

In his speech, HB Patriarch Twal emphasized the acts of mercy, especially for the sick and elderly, preserving their dignity, and offering them love, care and respect.

“Is anyone among you suffering? Let him sing praises. Is anyone among you sick? Let him call for the elders of the church, and let them pray over him, anointing him with oil in the name of the Lord; and the prayer offered in faith will restore such a one who is sick, and the Lord will raise him up, and if he has committed sins, they will be forgiven him. Therefore, confess your sins to one another, and pray for one another, that you may be healed. The effective prayer of a righteous man can accomplish much.” (James 5:13-16)

During the event, Bishop Zimowski granted HB Patriarch Twal the papal medal for his great pastoral work in the Latin Patriarchate of Jerusalem saying, “In the Holy Land we live today under much hatred, sickness and sins due to radical thought in this day we pray for Jesus to heal their souls and inspire their minds. We also pray to god for those who lead the countries to have wisdom and faith to help their people live better.”

Mrs. Adlah Jacir commented, “We were so blessed by participating in such an event especially that we old people suffer weakness and sickness. We believe that by the power of the Holy Spirit we gain strength and the flame of immovability in the holy land, the land of our culture and ancestors” 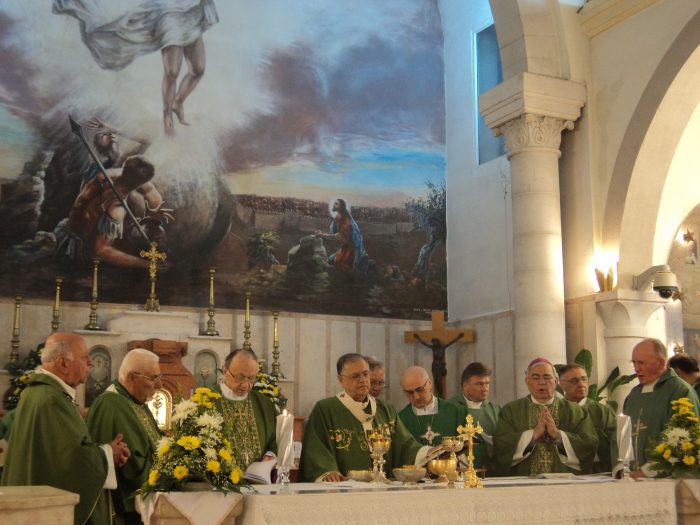 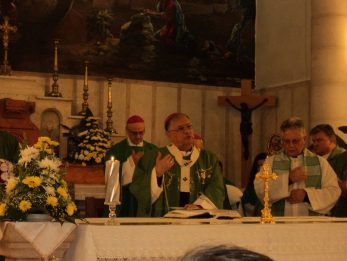 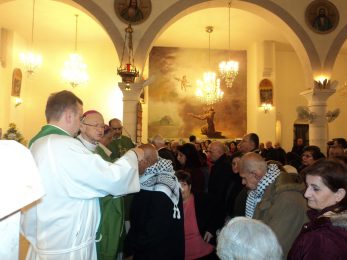 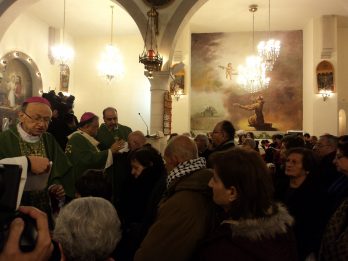 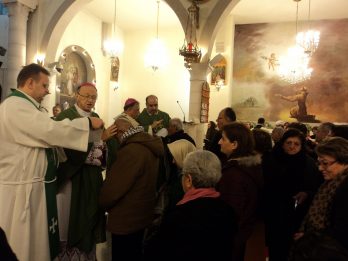 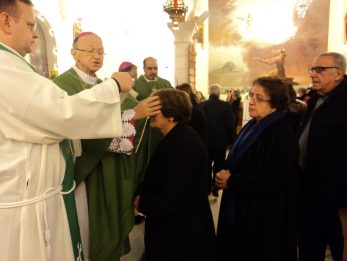 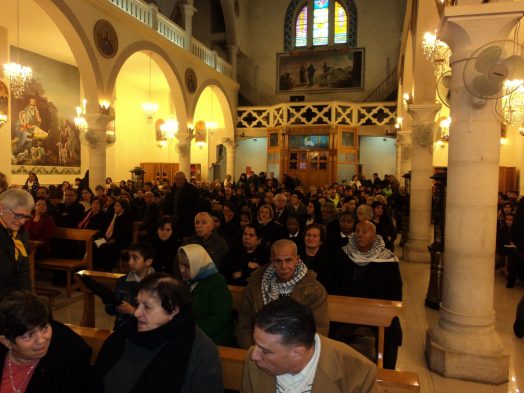 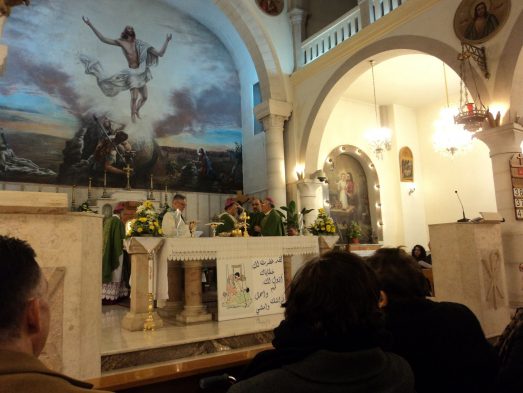