Previous Next
The Poor Clares of Jerusalem elect new abbess

On Friday, February 19, the election of the new abbess and her council took place. In the quiet convent chapel, one sister made the last arrangements before the ceremony, which was presided over by Monsignor Fouad Twal, Latin Patriarch of Jerusalem. Soon thereafter, you could hear the sisters approaching, as they processed over from the cloister, accompanied by the Patriarch and Br. Stéphane Milovich, OFM, the patriach’s delegate for the the community.

The patriarch began the ceremony by announcing the results of election. The new elected sisters: Sister Mariachiara Bosco, as Mother Abbess; Chiara Cristiana Ianni, as vicar, and Sister Mary of Nazareth Munganyiki, the latest arrival to the community, as discreet.

“The elective chapter is an event within the Church,” explained the mother abbess, who was still moved by her election, “this is why the patriarch is present. But it is also a breath of fresh air for our community, since this is a time when God’s will is carried out. This is a time when the community stops and takes time to reflect on the life of the community, so as then to move ahead together. In Franciscan spirituality, it is the community that works together, not just the abbess who leads.”

After the results were announced, the Patriarch handed a sign of responsibility

[to the abbess], the keys and the seal of the monastery. The mother abbess immediately hugged each of her sisters, and the other sisters, who were part of the council, did the same. When asked about the significance of this election, Sister Mariachiara explained: “It is not a question of democracy within the community. Saint Clare said that the abbess is the servant of all of the sisters and at the service of the unity of the community. She is a sister among her sisters but with the role of unity, guidance, but especially service.”

The convent of Saint Clare in Jerusalem was founded in 1888 by a French community of Paray-le-Monial. Since the overhaul in 2008, with the help of the patriarch and the Father Custos, this place of prayer is now linked to the Italian city of Assisi. Today, the community is composed of eleven sisters of three different nationalities (Italian, French and Rwandan), and it is enjoying stability and a breath of fresh air.

In Jerusalem, the Poor Clare Sisters are in communion with the Mother Church of Jerusalem. They are a prayerful and peaceful presence with other contemplative communities. “Located between Jerusalem and Bethlehem, we are surrounded by the mystery of the redemption. Now our vocation is rooted in this land at the service of the people who are from here and who come from beyond. The prayers of our “unnecessary” lives, in the mercantile sense of the word, allow us to help all those who are in need of them, through the Church’s communion. There is no individual people in Christ, we are one body. Our prayers are like the roots of a tree, they are hidden but the tree cannot live without its roots. The Poor Clares, just like other communities, have a place and a mission in the Church; it is hidden but it is also connected to others through prayer.” 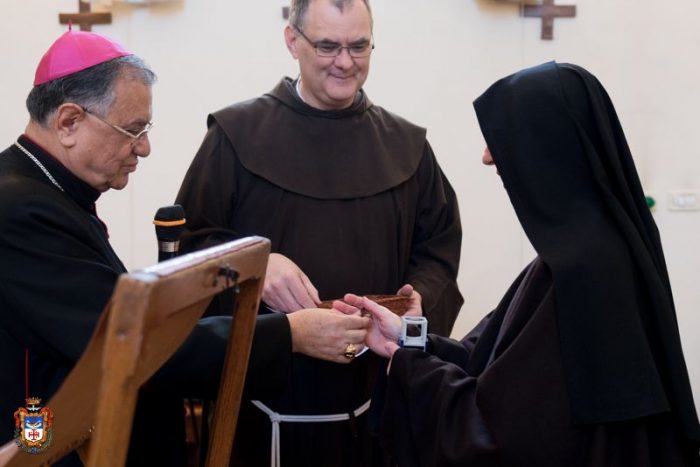 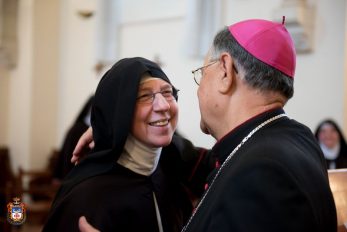 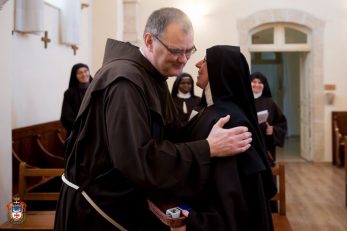 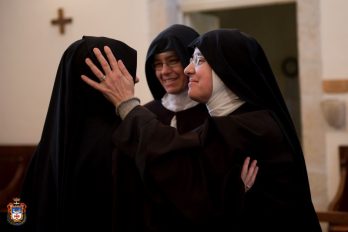 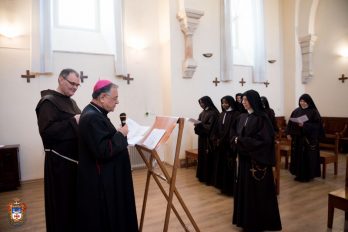 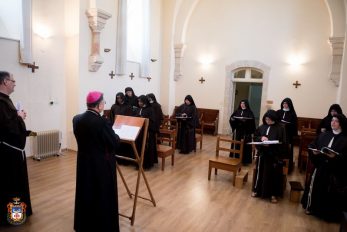 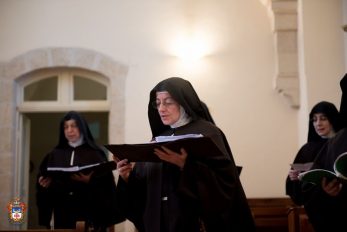 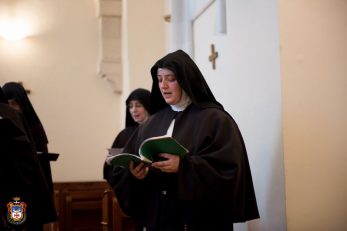 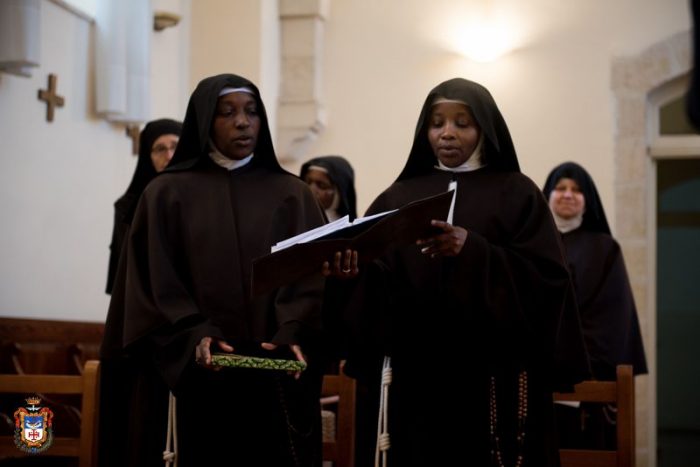 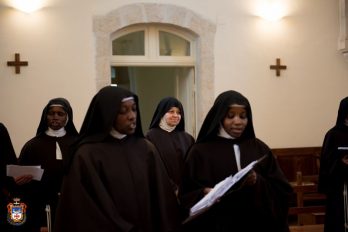 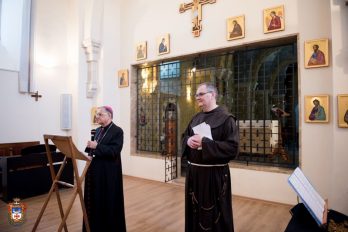 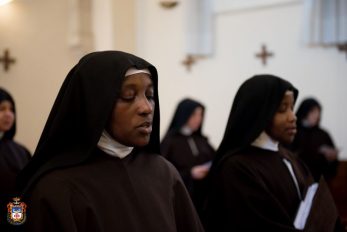 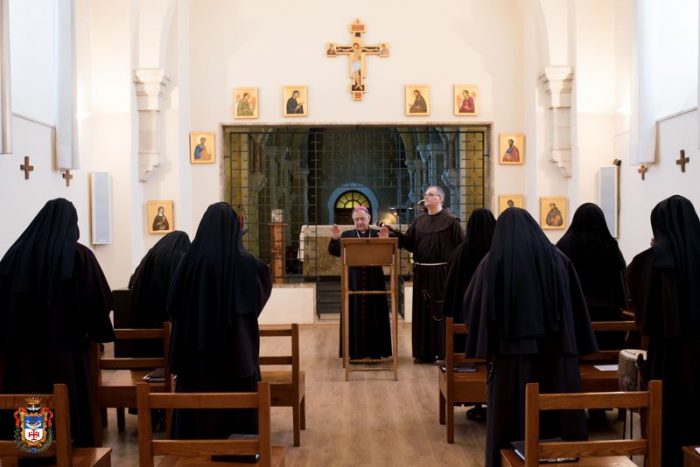 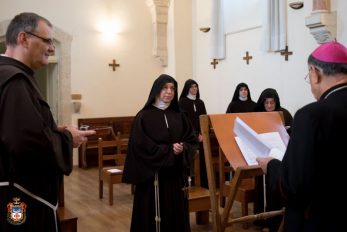 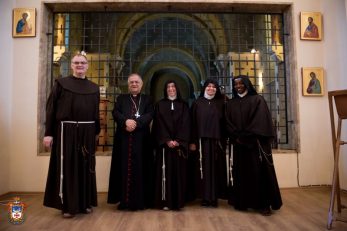 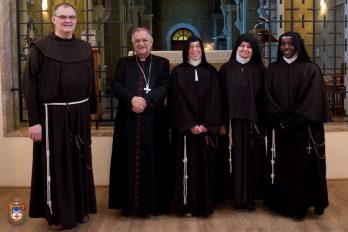 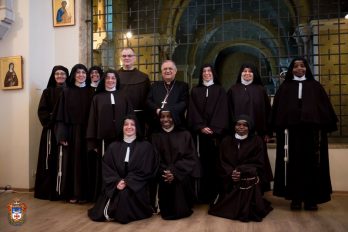 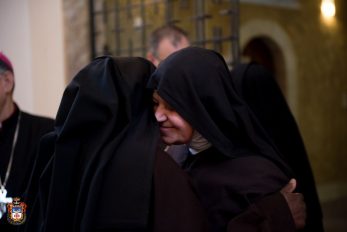 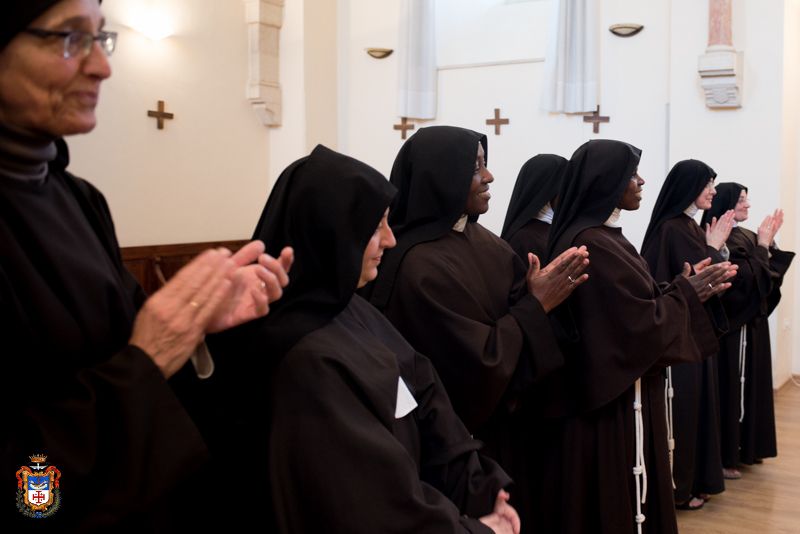