JERUSALEM – Sunday, March 20, 2016, the traditional Palm Sunday procession, from the Church of Bethphage to the Church of Saint Anne, Jerusalem, marked the beginning of Holy Week for the Latin Church.

The Palm Sunday procession was held yesterday surrounded by heavy security. Nearly 15,000 faithful walked in procession from the Church of Bethphage, near the Mount of Olives – where according to tradition, Jesus’ disciples would have taken the colt that their Master was to ride on towards Jerusalem – to the Church Saint Anne, in the old city: “it’s a unique experience, it is only in Jerusalem that you can touch the places where Jesus went and relive, in the moment, in faith. Jesus comes as King of Peace. Hosanna to Him, and peace on earth to all men who come here, pilgrims and local people, living stones of this beautiful country,” confided Father George Kraj, OFM, Superior of the Franciscan monastery in Nicosia, Cyprus, speaking at the Christian Media Center.

“Blessed is he who comes in the name of the Lord! Hosanna to the Son of David!”

The absence of some Latin parishes of the Patriarchate was noticed: many Christians have indeed preferred to stay at home for fear of attacks that have marked recent weeks in Jerusalem.

The procession ended at the Saint Anne Convent, near the Lions Gate (or Saint Stephen’s Gate). Before the final blessing, Archbishop Fouad Twal invited the faithful to accept God’s mercy: “Our procession today highlights the gift of salvation Jesus, Prince of Peace, accomplished in Jerusalem, a city that has never known peace. Jesus overcame fear by love, because “perfect love casts out fear.” The Patriarch also noted that despite the current context of violence, “it is joy, not fear, which emanates from this procession.”
In the morning, in the Saint Sepulchre, Patriarch Twal presided over the Palm Sunday procession around the Aedicule and the Stone of Unction, celebrating the Pontifical Mass at the altar of St. Mary Magdalene. In his homily, the Patriarch spoke about the ascent to Jerusalem of Jesus and his disciples, a spiritual journey that Christians should still perform today, in the footsteps of Christ into the Holy City, “Jesus, the slain Lamb freely advances to the place of His Sacrifice. But His path does not end at Calvary. Through His death and resurrection, God reconciles man with Himself through His Passion. Jesus opens the windows of heaven. (…) To walk with Jesus means to seek not an earthly city but the heavenly city, which we must allow to grow in our hearts, against the current of this world.”
This festive day ended with the equally traditional parade of Scout groups from the Lions’ Gate to the New Gate. 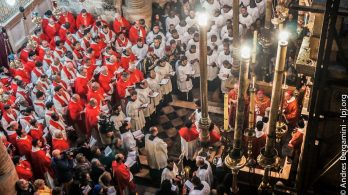 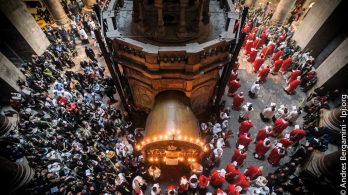 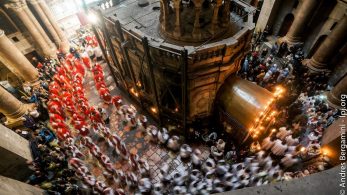 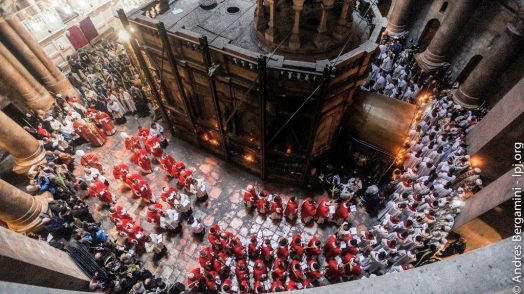 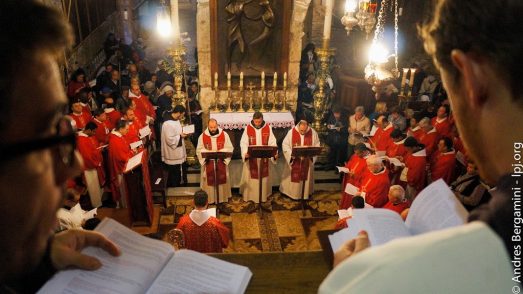 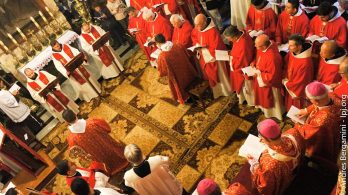 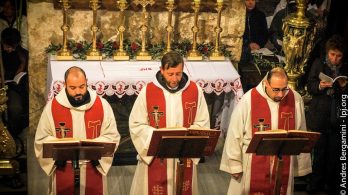 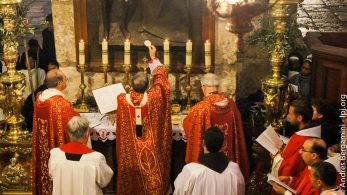 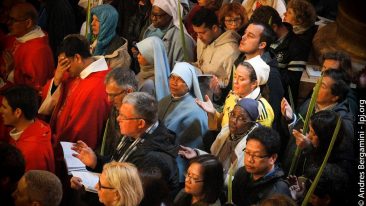 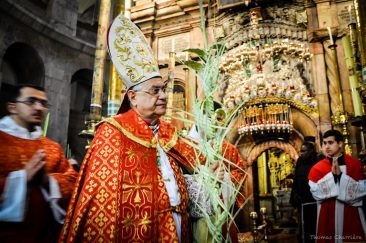 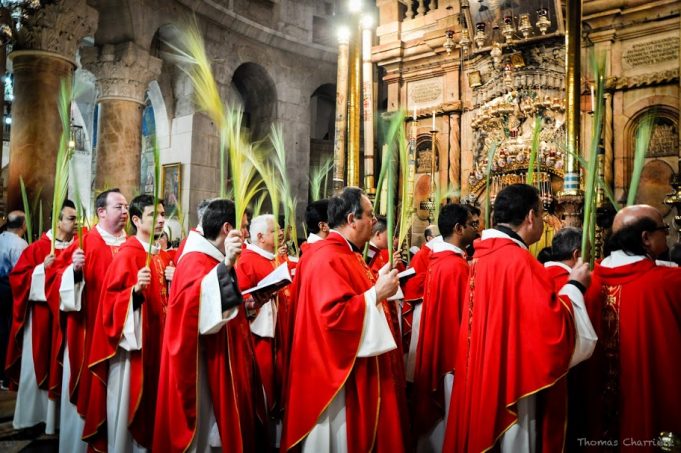 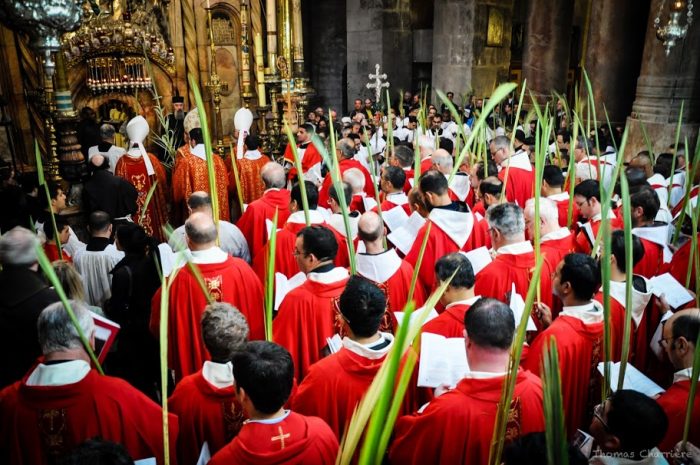 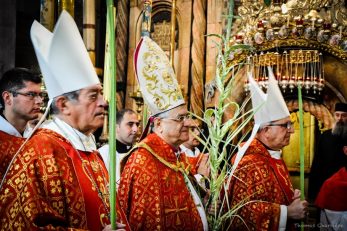 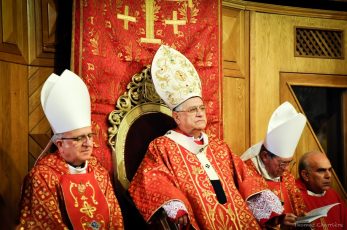 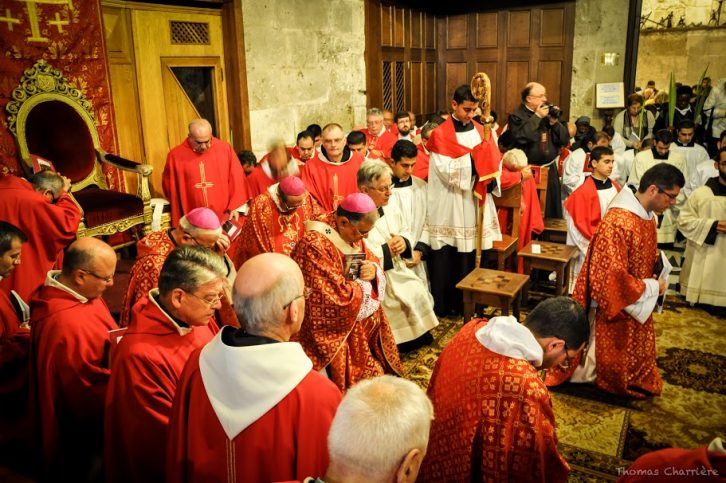 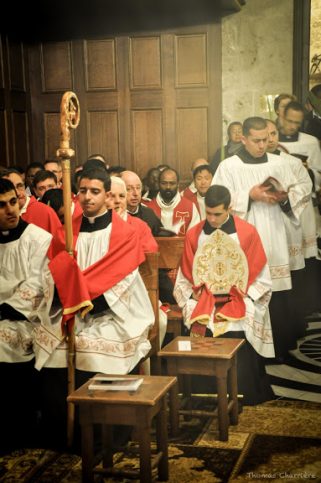