What is the fate of the Byzantine Church ruins found in Gaza?

Previous Next
What is the fate of the Byzantine Church ruins found in Gaza?

GAZA – In the process of preparation to build a shopping mall, construction workers found remnants of a Byzantine Church that dates back to the 4th or 5th century AD.  Following this discovery, all eyes are on the fate of these ruins. The Latin Patriarchate in Jerusalem sends an appeal to the UNESCO and the Palestinian Ministry of Tourism and Antiquities and all those who are concerned to preserve all archeological sites in Gaza and recently, this Byzantine Church, as it is part and parcel of Palestine’s history.

On Saturday, April 2, 2016, construction workers discovered in the Palestine Square in Gaza, sectins of marble pillars with ornate Corinthian capitals and a 90 cm foundation stone, engraved with an encircled Greek cross.  Mr. Jamal Abu Rida, the general director of the Antiquities Ministry, said that “our first thought is that the site is a cathedral or a church from the Byzantine period”. He added that the pieces date between the 4th to the 7thcentury.

Despite this discovery, site construction work continued, which caused a lot of criticism by archeologists and Christian-Palestinians. In an interview by WAFA News Agency with Mrs. Hiam Al-Bitar, Director of Museums and Antiquities at the Ministry of Tourism, she said that it is imperative to rise above all political differences and advance channels of communication with each other, in order to showcase our human history, which is in the interest of every Palestinian and even friends of Palestine.”  Moreover, she sent an appeal to the UNESCO, asking it to lend a hand to preserve and save the archeological findings in the Gaza Strip.  She wished as well for the French Biblical and Archaeological School of Jerusalem to come to Gaza and study these sites.

Gaza is the birthplace of St. Hilarion, the founding father of Palestinian monasticism, who built the first monastery in Palestine between Maimaus and Gaza in 329 AD.  Today the location is known as Tell Im-Amer south west of the Nuseirat refugee camp. The monastery appears on the Madaba mosaic map in addition to an icon of a Church with the title St. Victor.

Nowadays, the monastery is in danger of disappearing because of the lack of financial resources. Rene Helter, archeologist for the French Biblical and Archaeological School of Jerusalem, said that the monastery is in critical condition and that it is imperative to save it before it is lost permanently. In 2012, it was put on the World Monuments Fund list of 100 most endangered sites and the UNESCO’s temporary list of World Heritage.

According to historical resources and archeological findings, there are at least 10 monasteries in Gaza that date back to the Byzantine period. The inhabitants of Gaza have used ancient sites through generations, including monasteries, as a resource of building stones. The poor preservation of the remains poses a considerable challenge to archeologists who attempt to identify the locations of the monasteries of Gaza. 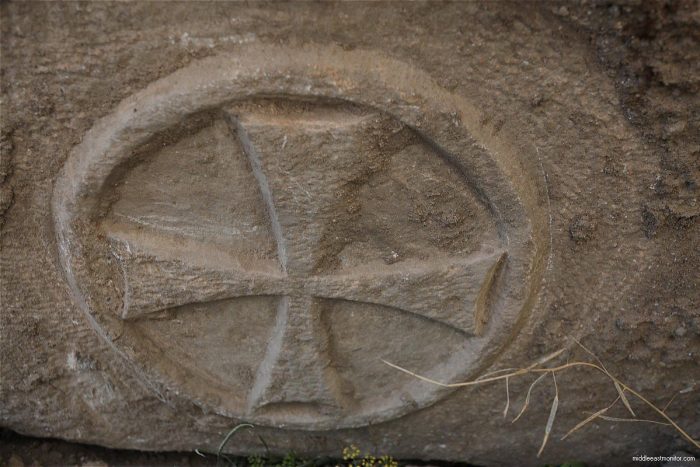 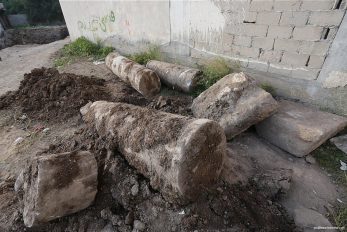 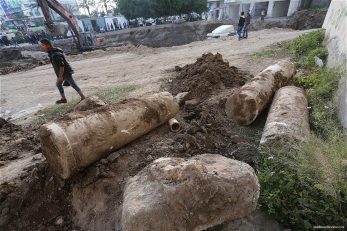 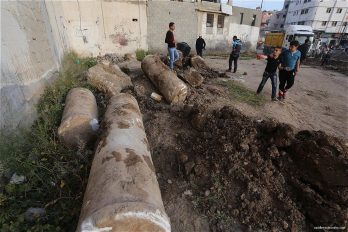 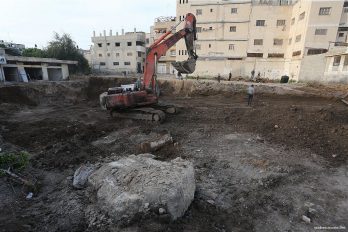 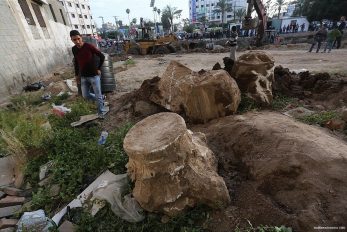