Washington, DC-His Beatitude, Patriarch Fouad Twal inspired hope for the future of Holy Land Christians during a meeting with the Sir Rateb Rabie, President & CEO of the Holy Land Christian Ecumenical Foundation, and several members of the Board of Directors and representatives of HCEF.  Patriarch Twal spoke highly of the role that the Catholic Church in Holy Land plays on the stage of children’s education, Palestinians Christians living under occupation, and the vital need for support of the institutions aiding all Palestinians throughout the region.

Sir Rateb Rabie introduced His Beatitude to the long-standing supporters of HCEF in attendance at the meeting denoting the strength standing behind the Latin Partiarchate of Jerusalem and the initiatives that HCEF has taken to continue preserving the presence of Palestinian Christians in the Holy Land.  With common missions and goals, the LPJ and HCEF have formed a symbiotic relationship of mutual support and those who benefit are the Palestinian Christians of the Holy Land. 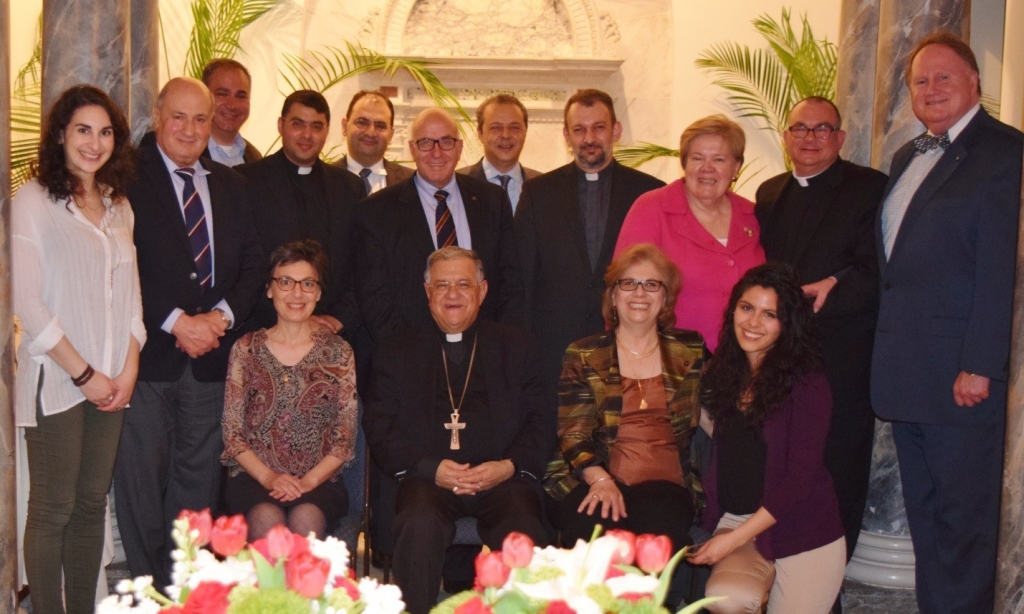 His Beatitude’s visit ensured the continued cooperation of the LPJ and HCEF working together in education, advocacy and humanitarian work, servicing the churches of all denominations and the Palestinian Christian communities at large.  Since its inception in 1999, HCEF has worked alongside with the LPJ to support those in the Holy Land to build a bridge to peace with those of all denominations-Catholic, Protestant, Orthodox, including the Syrian and Armenian Churches. 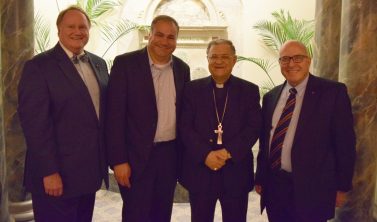 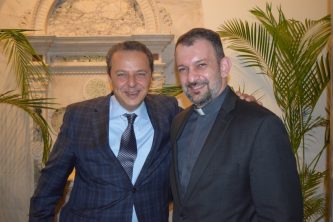 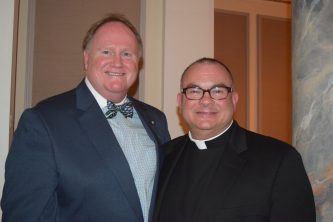 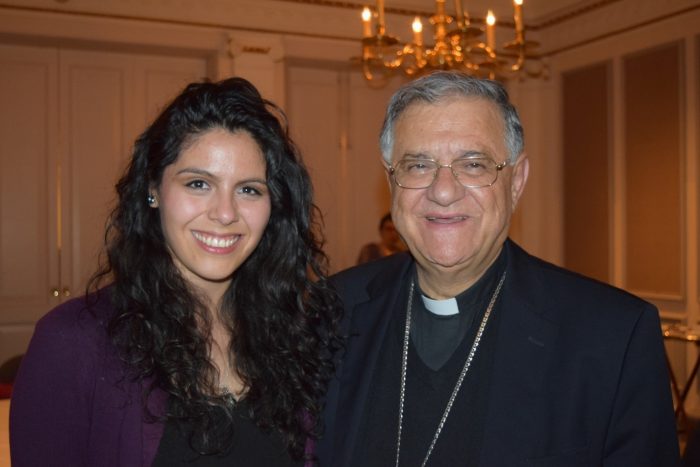 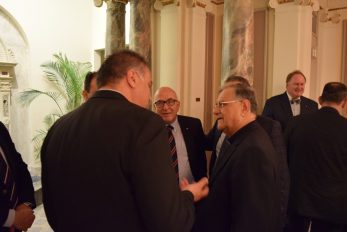 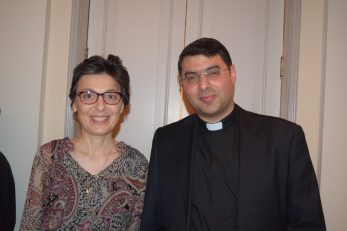