JERUSALEM – On Tuesday May 3, 2016, in the days following the Easter celebration according to the Julian calendar, Patriarchs and Christian Bishops visited the Greek Orthodox Patriarchate of Jerusalem to convey their Easter greetings.

Departing from the Latin Patriarchate of Jerusalem and walking behind the Kawas, His Beatitude Fouad Twal, accompanied by Bishop William Shomali, Bishop Kamal Bathish and a number of priests went to the Greek Orthodox Patriarchate to present their Easter greetings and together, rejoice in the resurrection of Jesus Christ. All other Churches were represented by their respective Bishops.

Patriarch Twal was the first to speak.  Addressing is Beatitude Theophilos III, Greek Orthodox Patriarch of Jerusalem, he highlighted the significance of the Paschal Mystery, calling it “an eternity within time, the continuous presence of God,” adding that it is “our salvation in act”.  In spite of man-made chaos and destruction around the world, Christian leaders always emerge, carrying a beacon of unity, empathy and hope, “it is encouraging to see Pope Francis, Patriarch Bartholomew and the Archbishop of Greece together, visiting  the refugees in Lesbos Island” said His Beatitude.  Two weeks ago and in a parallel move, His Beatitude and other leaders from Churches in the Holy Land came together in the United States of America to advocate for a peaceful solution to the problems in the country, for the benefit of Christians and all the inhabitants of this land.

Patriarch Theophilos III warmly greeted his guests, especially His Eminence Metropolitan Anba Antonious, the Metropolitan of Jerusalem and the Near East, who celebrated the resurrection of Christ for the first time in Jerusalem after his ordination earlier this year. He continued to say that “our presence in the Holy Land is to be witnesses to the power of the Cross. The Cross is not a symbol of death and despair but of hope and new life”.

In turn Metropolitan Antonious thanked the Patriarch for the heartfelt reception and reminded everyone that living the joy of the resurrection should not be confined to one day but to every day of our lives.

In the course of the visit, an important theme prevailed in the words of the heads of Churches; the Passion and Resurrection of Jesus Christ is the basis of our faith upon which the Church was built. The greetings were concluded by chanting in Greek and Arabic rejoicing Jesus’ triumph over death. 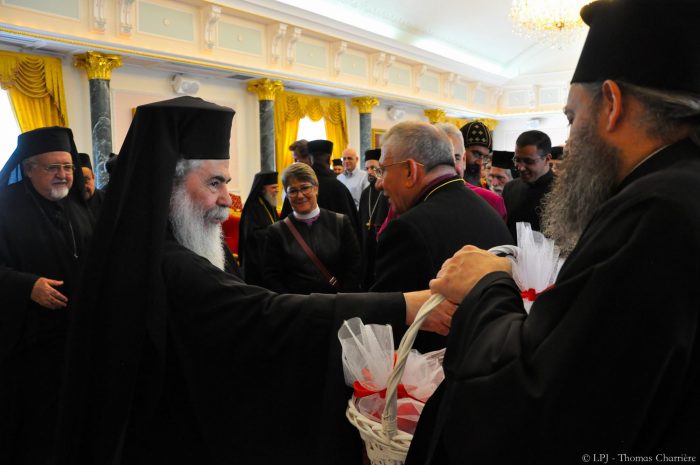 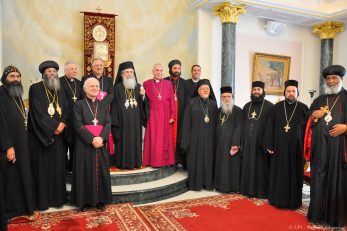 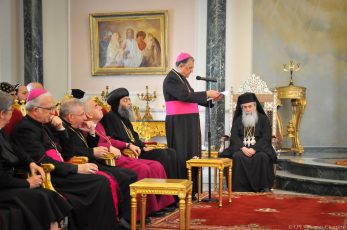 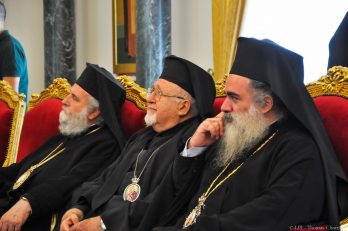 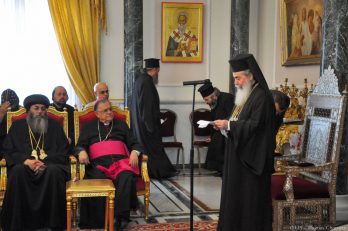 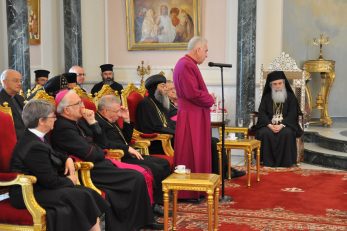 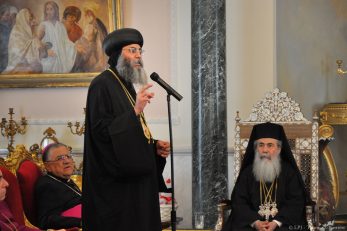 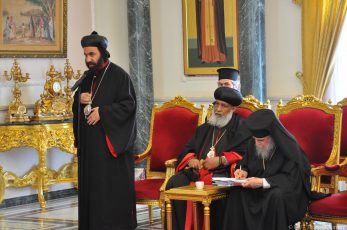 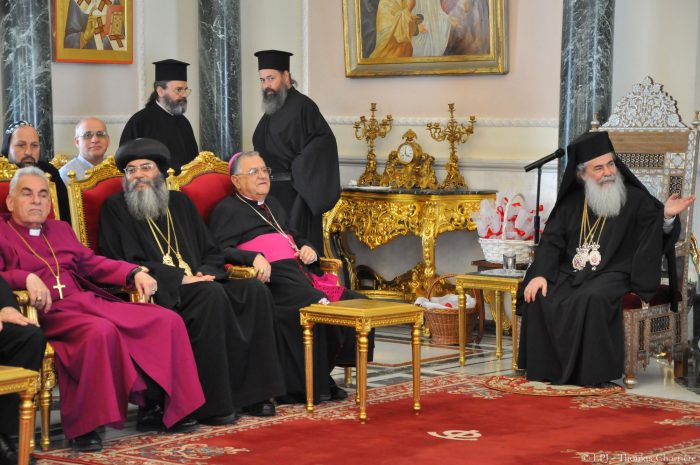