The Apostolic Nunciature of the Holy See in Amman, in cooperation with Caritas Jordan–the social arm of the Catholic Church– and the Latin Vicariate in Amman, intends to launch a new garden offered by His Holiness Pope Francis personally. The new garden, to be located at the Our Lady of Peace Center in Amman, will be named “the Garden of Mercy”. The Garden of Mercy is designed to restore dignity to the forcibly displaced Iraqis who live in Jordan and to provide aid to needy families.

A statement issued by the Apostolic Nunciature of the Holy See in Amman on Tuesday, May 10, and released by the Catholic Center for Studies and Media (CCSM), said that it is not possible to secure informal work opportunities for all the forcibly displaced, but hoped to launch in the future “mercy gardens” in a number of provinces and cities, such as Zarqa, Madaba and Fuheis.

Director of Caritas Jordan Wael Suleiman said that the new project aims at launching circumstances conducive to work at Our Lady of Peace Center to help the poor and the needy eke out a living. He added that the local Church had assigned 10,000 square meters of arable land and about 600 olive trees which will be exploited for the production of jam, olive and pickles through a special kitchen assigned to meet this objective.

Mr. Suleiman continued: “Aside from agriculture, the project includes the construction of a large conference hall, which could be used for holding training programmes for Iraqis that focus on skills in the field of agriculture and food industries.” He asserted that the main purpose of the project is to restore dignity to the forcibly displaced Iraqis by providing them with job opportunities, where aid would be provided to Iraqi refugees living in Jordan from the income generated by the project.

He concluded saying: “This year is ‘the Year of Mercy’ as referred to by His Holiness the Pope. It is an opportunity to activate charity, voluntary work, and social work through launching initiatives and activities designed to disseminate love, and to give further attention to most vulnerable and needy people in our society.’’

The CCSM reported that the Apostolic Nunciature in Amman had already forwarded invitations to participate in the inauguration of the “Garden of Mercy” to be held on Thursday, May 12, following the Solemn Mass to be celebrated at the church of Our Lady of Peace Center marking the third anniversary of the election of Pope Francis. The Mass will be presided by Latin Patriarch of Jerusalem Fouad Twal and Apostolic Nuncio to Jordan Archbishop Alberto Ortega Martin. It will be co-celebrated by Msgr. Segundo Moines, the Pope’s special delegate and the secretary general of the Pontifical Council “Cor Unum,” (meaning “one heart), which is the main charity council in the Vatican. This council assists the Pope in carrying out special humanitarian initiatives and gestures, responds to both natural and man-made disasters, works with local Catholic foundations to build schools, houses refugees, and provides spiritual and corporal aid to victims of war around the world.

The CCSM statement, issued by CCSM Director Fr. Rif’at Bader, that the Our Lady of Peace Center is a non-profit institution which was founded by the Latin Vicariate in Jordan in 2002 and registered at the Ministry of Social Development. It is dedicated to serving people with disabilities regardless of religion, nationality, ethnicity or other considerations. The center exercises its principles by improving the living conditions and the psychological conditions of the physically disabled by adopting several educational and therapeutical methods.

Fr. Bader added: It is hoped that Caritas Jordan through its activities in the field of social work and through launching micro-projects–with its 45 offices spread all over the Kingdom as well as in cooperation with the diplomatic relations the Apostolic Nunciature enjoys with friendly embassies and international organization working in Jordan, will ensure the sustainability of the project and provide a market for its products in Jordan and abroad. 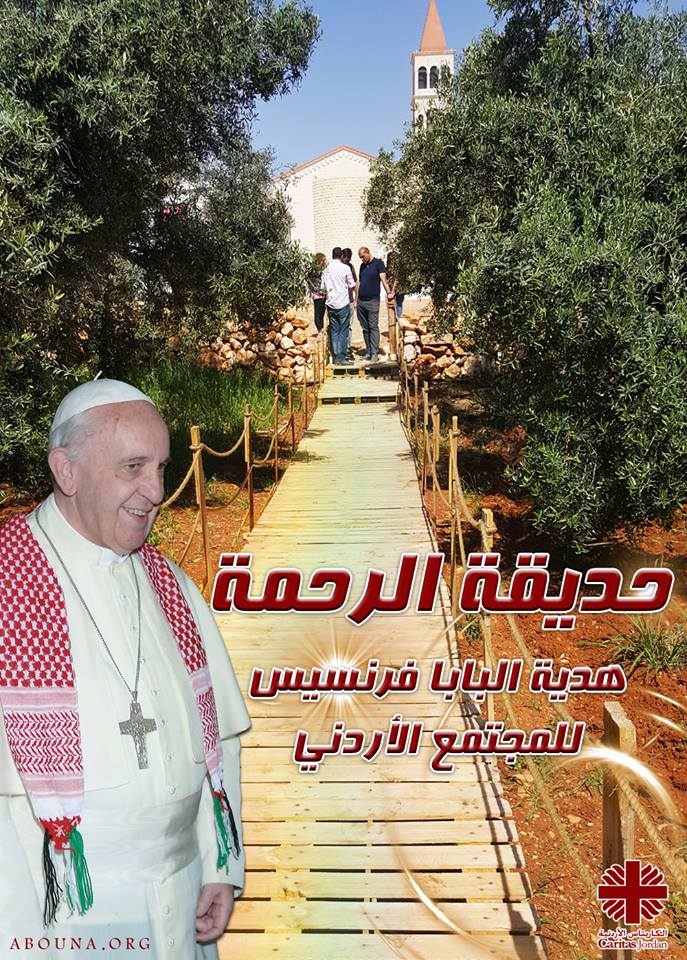