Churches must form a united front in response to the refugee crisis, leading by example rather than hiding behind politicians, according to the head of the Evangelical Church of Greece. 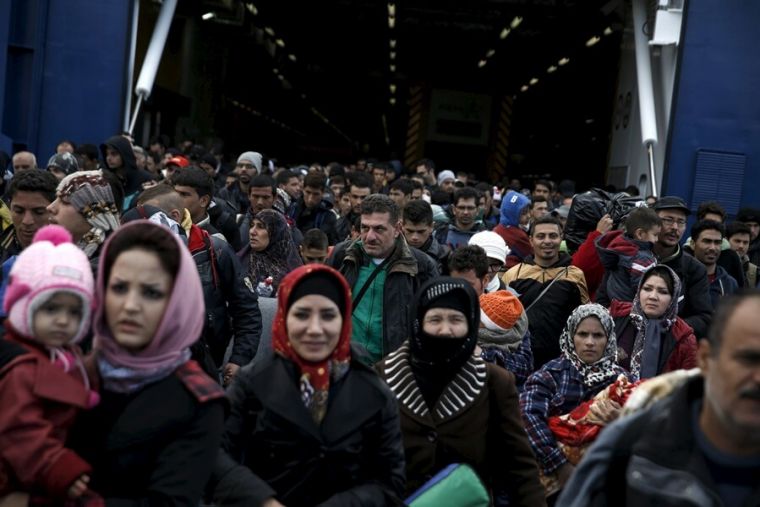 Syrian refugees arrive aboard the passenger ferry Blue Star Patmos from the island of Lesbos at the port of Piraeus, near Athens, Greece, on Oct. 29, 2015.

“Christ does exactly the same thing to us: we are the ones who are lost and He comes and saves us.”

As Christians, serving refugees should not come from a place of pity, but rather “they need to be treated as equals”, because they are “brothers and sisters created by the same God”, he said.

The church, which has 35 congregations across mainland Greece, has been serving refugees for 20 years.

It currently feed some 5,000 people two days a week and brings doctors, clothes and shoes to the refugee camp in Idomeni.

“People donate their their time, their money, their effort, and they come together, they take the food, and they travel 60, 80, 100 kilometres just to offer it to people,” said Boukis.

He said churches “should not hide behind the politicians”, rather  “lead by our example” in caring for refugees. “There are some European countries where they are not at all welcoming the refugees. The church there needs to tell them how important it is to host people. Being silent is not good. I think we should speak loudly about human dignity, and human equality, especially as Christians if we believe that all humans were created by the same God. I believe there are people already who have it in their heart to help their neighbour. I think the churches need to encourage that.”

Boukis said it was crucial to recognise refugees as valuable additions to society. “I see that some of them are very gifted artists who I would very much like to engage with or listen to. I believe wherever they go, they will enrich society. They will be fresh air,” he said.

Greece has always had immigrants passing through its borders, but the numbers in the last year have been “overwhelming”.

Idomeni, for example, was once a small village: “Maybe a few hundred people used to live there,” said Boukis.

He said many of the refugees are not economic migrants. “They were people who loved their country and who didn’t want to leave. They had good jobs. Some of them had businesses, some were professors, others were musicians, and you see people that speak many languages as well, who are educated people as well. So for them, leaving their countries was not because they wanted a better future financially. They had to go, they didn’t have any other opportunity in life.”

Serving refugees, he said, was ultimately an expression of the love of God. “If we love others as we love ourselves – especially since the ‘others’ are people whose language and culture we do not know – but in their faces we see brothers and sisters created by the same God.”