Syrian Christian Community in Maaloula Attempts to Rebuild Itself after ISIS Devastation: ‘We Are Rising Again’

Previous Next
Syrian Christian Community in Maaloula Attempts to Rebuild Itself after ISIS Devastation: ‘We Are Rising Again’ 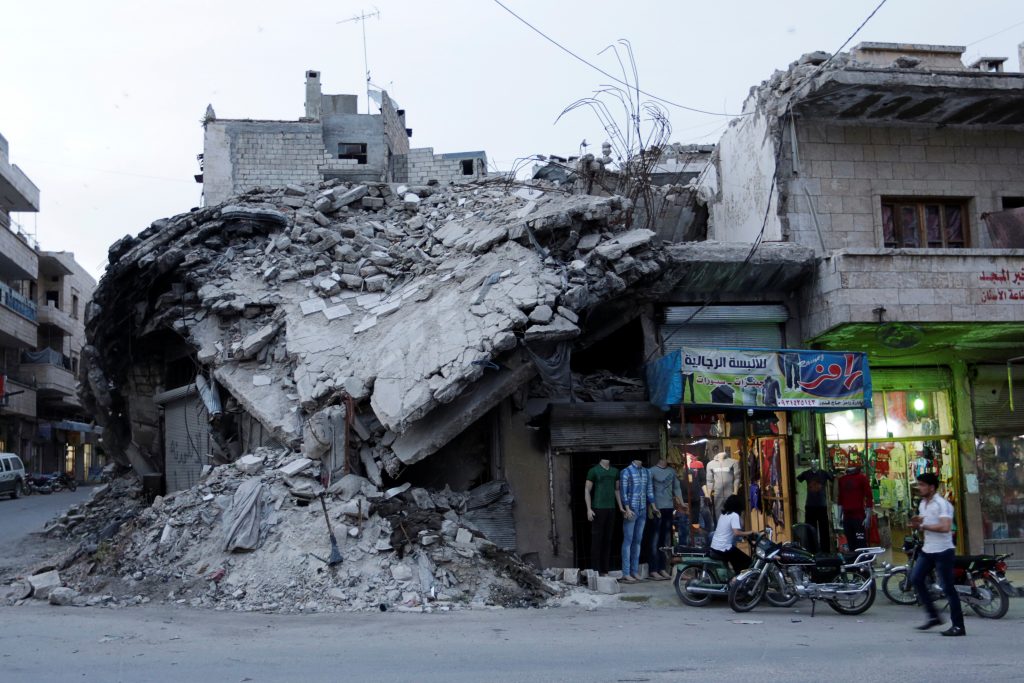 A clothing shop displays its merchandise beside a damaged building in the rebel-controlled area of Maaret al-Numan town in Idlib province, Syria, May 15, 2016. REUTERS/Khalil Ashawi

A Syrian Christian community is attempting to rebuild itself after Islamic extremist groups killed many its members, burned down churches, and desecrated priceless icons.

Last September, Islamic militants attacked and eventually occupied Maaloula, one of the oldest Christian cities in the world and the last place where the Aramaic that Jesus spoke is still in use.

Resident Maryam El Zakhm recalled the horrific day the militant group overtook the historic city: “They came here to convert the Christians to Islam, and they wanted to destroy Maaloula because it is Christian,” she told CBN News. “They shouted ‘Allahu Akbar!’ They were from Chechnya, Egypt, Libya, from everywhere – Tunis, Algeria. They came with long hair, long beards and scary faces.”

The resident also shared how ISIS militants forced their way into her home, threatening to kill her daughters.

“They attacked my house and started screaming ‘come out you Christian pigs!’ I knew they planned to take our daughters, rape and kill them,” she said. “So, I thought of killing my daughters and then myself before they could get to us. I then prayed to God instead and asked Him to give us a chance to leave the house.”

Father Toufic Eid, parish priest of St. George’s Greek Melkite Catholic Church, told the outlet that after ISIS had taken over, the entire city fell into chaos. He recalled Christians living in the city were forced under threat of execution to convert to Islam, pay an “infidel” tax, or go into hiding.

“We had a lot of fear, in fact, at that time and people began to leave Maaloula,” he recalled. “In fact, six men were kidnapped. We still do not know their fate.”

A number of historic buildings were wrecked and burned in Maaloula – a UNESCO World Heritage site – including the Greek Catholic monastery of St. Sergius, or Mar Sarkis, and the Convent of St. Thecla.

On 14 April 2014, the Syrian Army liberated Maaloula after being under ISIS’ control for eight months. Sadly, some of the village’s residents remain missing, feared kidnapped by the retreating jihadists, according to CNN.

Father Toufic told the outlet he believes the city was liberated mainly because of their Christian faith, and certain historic churches – such as St. George’s Church – remain largely intact.

“Of course, of course-not only because they are Christians but because Maaloula became in the past a symbol-a symbol of Christianity itself and a symbol of living together between Christians and Muslims. That’s why Maaloula was important and that’s why it was attacked,” he said.

Today, the villagers just want to move on from the horrors of the past: “I want things to be better like they were before,” one young girl told CNN.

Father Toufic added that the Christians of Maaloula will still face many challenges as fighting continues in their country, but expressed confidence that God will see them through.