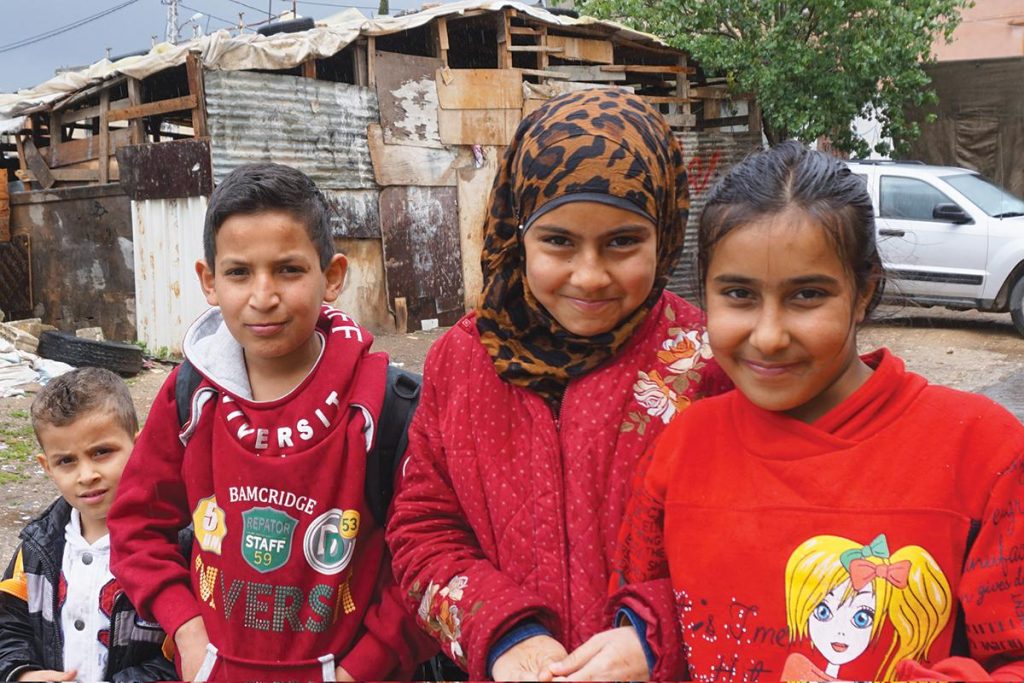 “It has been an explosive situation in the Lebanon for the past four years. But I’m amazed that while Lebanon is on the brink of an explosion the miracle is that there is no explosion,” Michael Zammit, S.J., Jesuit Refugee Service regional director for the Mideast and North Africa, told me in Beirut last week.

His words reflect the fact that the land of the cedars, after experiencing a 16-year civil war (1975-92), finds itself today in the midst of a geopolitical conflict, which is being fought with particular ferocity in neighboring Syria but also by proxy in Yemen. But the fact is the Sunni-Shiite conflict has not spilled over to Lebanon in any significant way so far; the local political forces have not wanted this to happen.

The situation is tense nevertheless as the regional rivalry between Sunni Saudi Arabia and Shiite Iran is strongly felt in this county, a third of the size of Maryland. Hezbollah, the Shiite political party and militia is an ally of Iran, and the main politically organized force in the country; it is able, to a great extent, to dictate the country’s foreign and domestic policy. After taking credit for liberating the south from Israel in 2006, Hezbollah is now playing a significant role in the war in Syria, in consort with Iran and Russia, on the side of Assad regime. Hezbollah’s ever-increasing influence caused Saudi Arabia to cut off $4 million in military support to the Lebanese army, and curiously led the Gulf States to cut back on aid to their Lebanese allies, mostly Sunni Muslims but also Druze and Christian factions that oppose this Shiite force.

Lebanon has been without a president for two years now, due to internal political rivalries. According to the National Pact of 1943, subsequently modified by the Ta’ef Accord of 1989 (which is meant to reflect the numerical consistency of the different ethnic-religious communities), the head of state is to be a Maronite Christian; the president of the chamber of deputies is to be a Shiite Muslim; while the prime minister (or president of the council of ministers) is to be a Sunni Muslim.

Quite recently, it seemed that the Maronite Christian and former general Michel Aoun was going to be elected head of state, having gained not only the backing of his rival, Samir Geagea, the former chief of the armed forces (who had the support of the Sunni leader, Saad Hariri) but also that of Hezbollah. At the last minute, however, Hezbollah changed its mind, and the election could not take place.

Apart from the fact that there has been no major explosion in recent years, the real miracle of Lebanon is to be found in the fact that, despite tensions, Christians and Muslims continue to live together in peace.

St. John Paul II, who visited the country in 1997, said, “Lebanon is more than a country; it is a message.” Indeed, down the centuries, it provided refuge for minorities and today is populated by 18 minorities: 12 Christian communities (six of which are Catholic), five Muslim communities (including Sunni, Shiite, Druse and Alawite) and a Jewish one. While figures are hard to come by (for political reasons, there has been no census for more than a decade), the Christian population is estimated at around 40 percent of Lebanon’s more than five million population, making it the largest Christian presence in any country of the Middle East.

Here in Beirut where mosques and churches stand side by side, the 140-year-old Jesuit-run St. Joseph’s University, with 12,000 students (one-third Christian, two-thirds Muslim), has played and still plays an important role in fostering a culture of dialogue and mutual respect, and its alumni have held high positions in the country. Its president, Salim Daccache, S.J., lives in the nearby Jesuit community along with 24 other Jesuits from 12 different nationalities including the former father general of the Society, Hans Peter Kolvenbach. The leadership of Jesuit Refugee Service lives there, too, and has a national and regional office in this complex, from which directs work in the country and in the region, where there are so many refugees.

In fact, Lebanon is currently host to some 2.2 million refugees (1.5 million Syrians, 600,000 Palestinians and 100,000 Iraqis). Their presence puts enormous pressure on the social and economic life of the country, but it is also a source of enrichment for those who exploit their misery.

No one denies that there is tension in the country because of the political stalemate and economic downturn. One sign of this is the uncollected garbage on the streets. Unemployment stands at 25 percent, if not more. Indeed one of the striking features is the tremendous gap between the small group of rich people and the very many poor in this country. The gap grows as the middle class continues to shrink. Many Lebanese are living below the poverty level. The minimum wage is $450 per month, but a family needs twice that amount to survive in greater Beirut where an estimated two million people live.

There is tension between the Lebanese population and Syrian refugees. Some of this is due to the fact that in the past Syrians came as manual workers but today have taken jobs that the locals do not want. Furthermore, Syria occupied this land for many years, and that has left some bad memories. There is tension, too, because many poor Lebanese think the refugees get more money than they, and because the ratio between the refugees and local population is higher than anywhere else in the world.

After the civil war, entrepreneurs, especially from Saudi Arabia and Qatar, invested heavily in this land causing a building boom. But that seems to have ground to a halt because of political tensions between the Gulf States and Lebanon, mainly over the role of Hezbollah here and in Syria, but also because of the fall in the price of oil. Unfinished buildings are everywhere, and Syrian refugees live in many of them but have to pay a rent in cash or kind.

In spite of these tensions and problems, Lebanon continues to survive, despite the ongoing conflict in neighboring Syria, the mess in Iraq and attempts to destabilize the peace. The different political forces in the country have managed to contain the spillover from the war in Syria.

Everyone in Lebanon is hoping that the war in Syria can soon be brought to an end and that peace can return to that land. They believe that dividends of peace in Syria—if the country remains united—would be strongly felt in Lebanon, too.