BEIT JALA – On Thursday, May 26, 2016, European Union Heads of Mission in Jerusalem and Ramallah visited the area of Beir Onah near the Cremisan valley where they saw the ongoing construction of the Separation wall.

The Society of St. Yves, the Catholic Centre for Human Rights, briefed the EU Heads of Mission about the legal, political, economical and social aspects of building the wall. Mr. Ralph Tarraf, EU the Head of Delegation of the EU Assistance to the Palestinians, then conveyed His Beatitude Fouad Twal’s message, in which he gave thanks to all the support and help the EU Representatives are giving. On a visit to the Latin Patriarchate of Jerusalem a day earlier, Mr. Tarraf draw attention to the role that the European Union should play to find a just solution to the Israeli-Palestinian conflict, referring in particular to the “1967 borders” and “Jerusalem as a capital of the two states”.

The EU Heads of Mission had the opportunity to listen to Mr. Issa Al-Shatleh, one of the land owners whose lands got confiscated and olive trees uprooted as a result of the building of the wall. Fr. Aktham Hijazin, Parish priest of Beit Jala, then talked about the danger of future grabbing of Beit Jala lands between the settlements of Gush Etzion and Har Gilo. He also spoke about the daily prayers and peaceful demonstrations that were held in Beir Onah which were always repressed by Israeli soldiers.

The EU missions have repeatedly condemned and opposed the construction of settlements and the Separation wall beyond the borders of 1967. They also expressed concern over the route of the wall and reminded of its illegitimacy under international law. 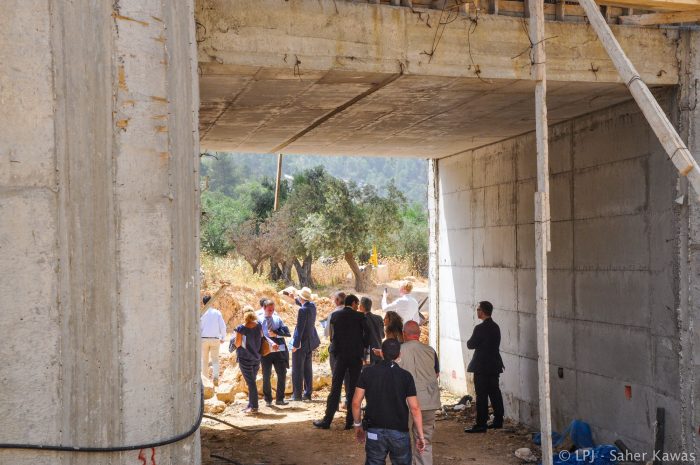 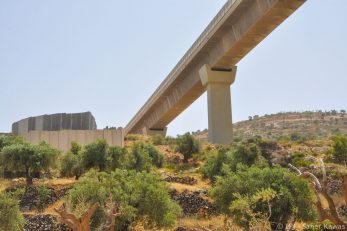 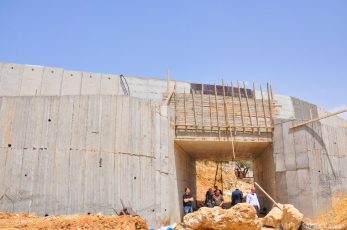 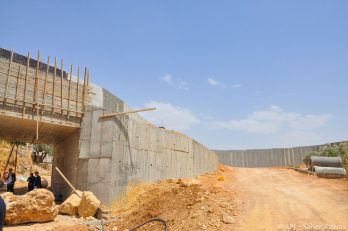 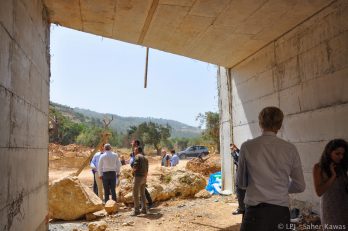 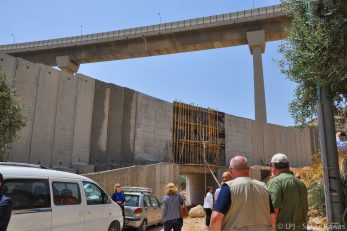 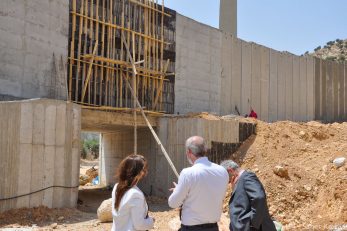 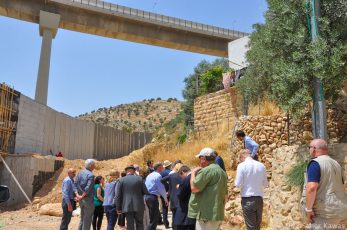 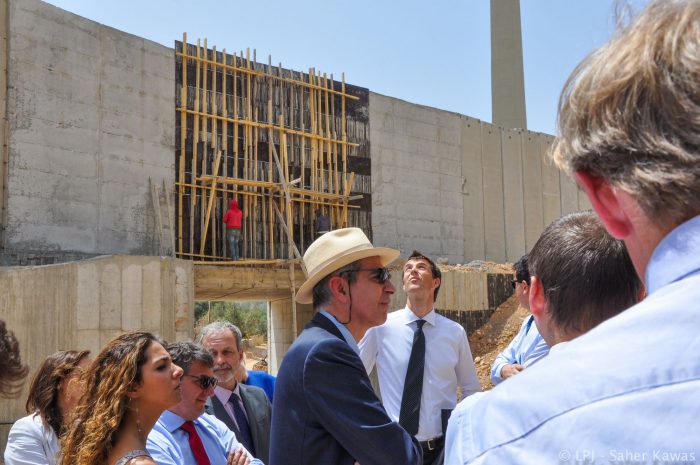 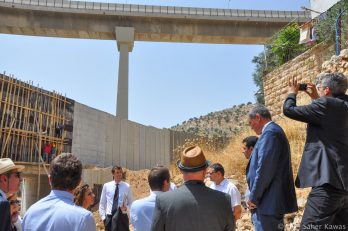 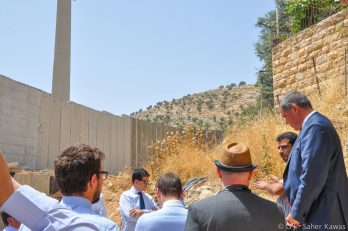 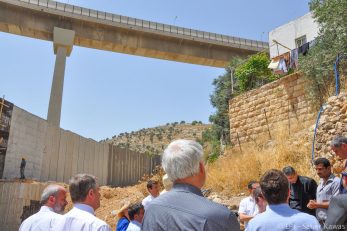 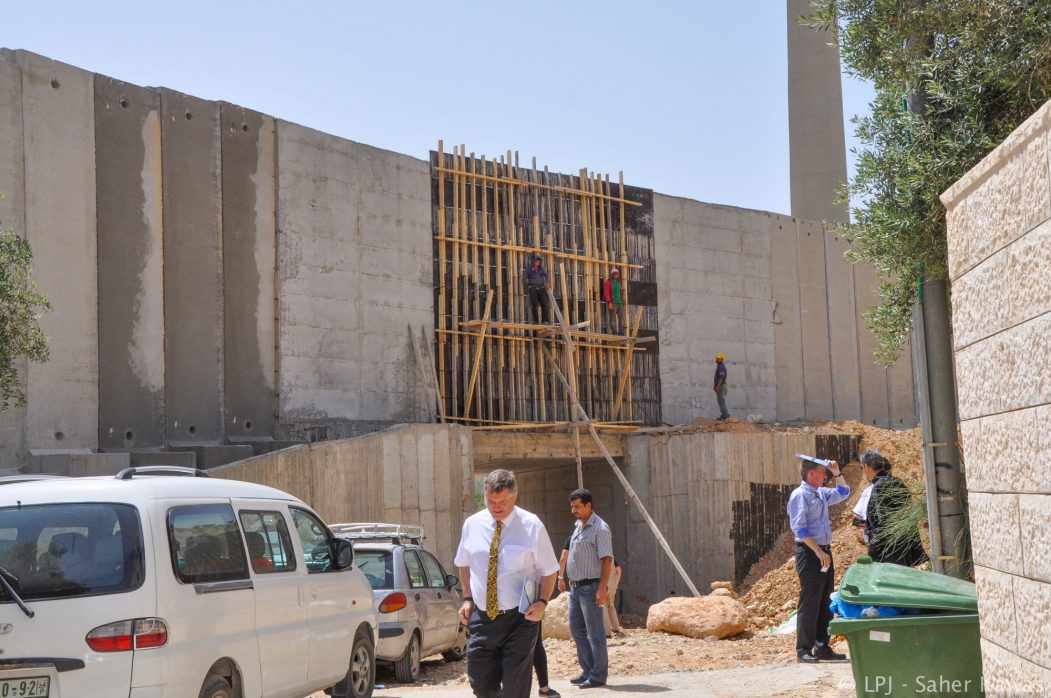