(Office of Her Majesty – Press Department – Amman) Her Majesty Queen Rania Al Abdullah visited programs run by Caritas Jordan in Jabal Al Weibdeh on Tuesday, including its community center, and the Restaurant of Mercy, which provides free Iftar meals to people in need.

Caritas is an international organization affiliated with the Catholic Church, tasked with handling its social and humanitarian work.

On her first stop at the Caritas Community Center, Queen Rania toured the facility and met staff and beneficiaries from Jordan, Syria, and Iraq. 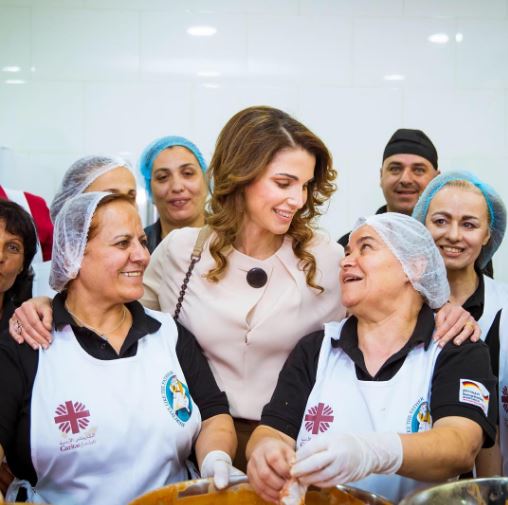 The meeting was also attended by representatives from the medical, educational, and humanitarian sectors that collaborate with the Caritas on its various projects.

After visiting the community center, Queen Rania made her way to the Catholic Church of Our Lady of Annunciation, where she met with Archbishop Maroun Laham, Reverend Boutros Hijazeen, and Reverend Rifat Bader, as well as members of the Caritas Jordan management team. 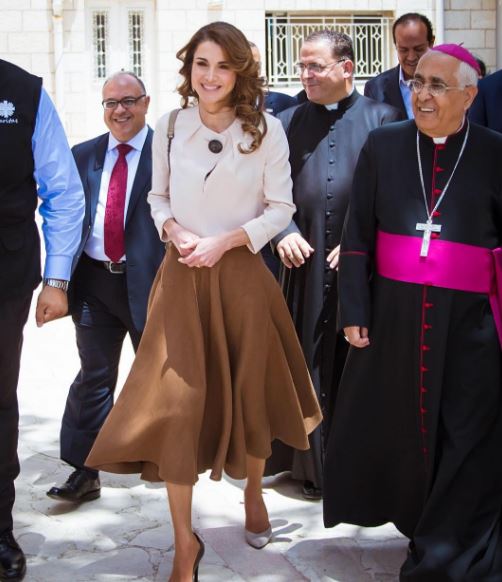 While at the church, Her Majesty met with a group of 50 Caritas volunteers, who were preparing food packages for distribution to underprivileged families, as part of the Caritas Ramadan campaign. Caritas Programs Manager Mr. Omar Abawi, and Volunteers Coordinator Mrs. Carol Sakis, briefed Queen Rania on the campaign and the organization’s extensive range of volunteer activities. 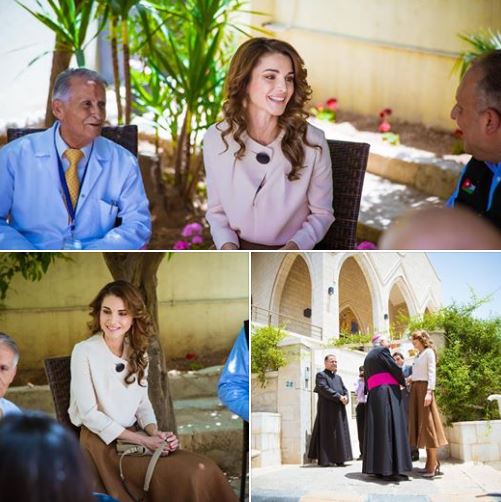 Her Majesty’s last stop was the Restaurant of Mercy, where she and met with staff and volunteers while preparing meals for Iftar. Launched in December 2015, the restaurant is the latest initiative by Caritas Jordan and the Latin Archdiocese, providing up to 500 free lunch meals to underprivileged people regardless of their ethnic and religious affiliations. In Ramadan, the restaurant serves Iftar meals instead of lunch. While meals are available to be served at the restaurant, meal deliveries are also organized by volunteers to poor families, who cannot afford transportation to the restaurant.

Caritas Jordan was established in 1967 as a mon-governmental charity organization in response to the humanitarian needs that emerged as a result of the displacement of Palestinians.

Caritas Jordan is a member of International Caritas Confederation with headquarters in Amman and 16 affiliated centers across various the kingdom.