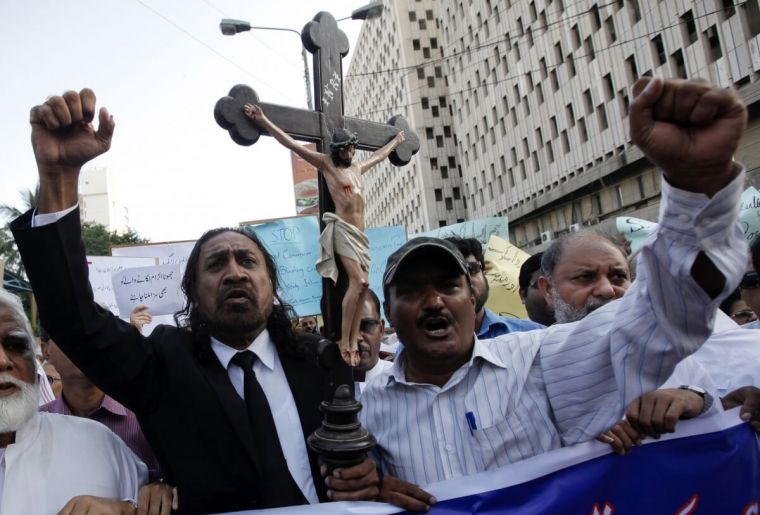 Reuters- Attacks on Christians and Christian institutions are common in Pakistan, ranked as one of the worst countries in the world for Christian persecution by Open Doors.

A Christian family has been threatened with being burnt alive after a Muslim woman eloped with a Christian man in Pakistan, according to the Centre for Legal Aid, Assistance and Settlement (CLAAS).

Islamists have threatened 13 members of a family in Lahore after a Christian man called Bahadur eloped with a married Muslim mother-of-two.

Some local Muslims have reportedly threatened to abduct Christian girls from the area and burn them alive if the woman is not returned to her family.

According to Pakistani law, however, the elopement was not illegal.

“Unfortunately in Pakistani society Christians are looked upon with hatred and as inferior to the Muslims. Therefore, such incidents are never tolerated,” said Nasir Saeed, director of CLAAS-UK.

Attacks on Christians and Christian institutions are common in Pakistan, ranked as one of the worst countries in the world for Christian persecution by Open Doors.

“Everyday several Christian girls, some under age are kidnapped, abducted, and/or forcibly converted to Islam but the government and even courts fail to do justice with Christian and Hindu families,” Saeed said.

“The Government must take notice of such threats and Christian families must be protected and treated equally, as it is said in article 25 of the Pakistani constitution, that all citizens are equal before the law.”