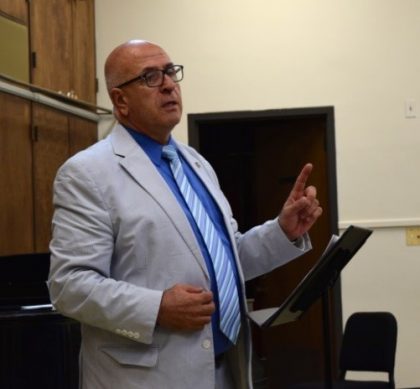 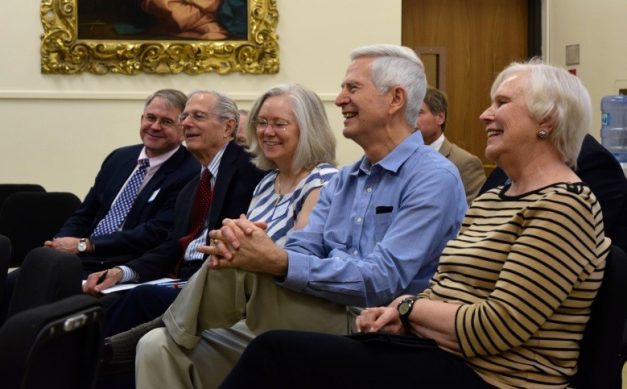 Sir Rateb stressed the importance of putting faith into action and emphasized that the solution starts with refocusing on the Mother Church. Positive investments in Palestinian businesses can cultivate the growth needed to empower the community. NPC has been a long-standing partner of HCEF, fostering support for the Palestinian Christians, engaging in people-to-people connections, and even participating in HCEF’s Living Stone Pilgrimages for several years. Visit https://holylandtours.ps/ for more information.

Sir Rateb discussed the living conditions of Arab Christians under occupation, and expressed how the issue can be tackled through unity. By bringing unity to Christian denominations and political factions, HCEF is able to build support for Christians in the Holy Land, who due to difficult living conditions, now comprise less than 2% of the population. He also expressed the importance of extending hands to the Jewish and Muslim community to work with the Christians to bring peace and justice to troubled parts of the world. Sir Rateb, who is also the Chair and founder of the U.S.  Muslim Christian Coalition (MCC), established the program to enable Muslim and Christian leaders, churches, mosques, Islamic centers, organizations, and other community members, to put their faith into action to protect Christians and other religious minorities in the Arab world and to further coexistence and peace.

He encouraged the attendees to continue serving as the hands and feet of Christ in the community, and closed with an invitation to HCEF’s 18th International Conference themed ‘Forging a New Bond of Solidarity for Equality, Prosperity, and Peace.’ The conference will take place October 14-15, 2016 at the Washington Marriot Georgetown. For more information visit www.hcef.org

HCEF would like to thank Paul H. Verduin, Chair of the IPMN, and NPC for their longstanding support and partnership with HCEF. IPMN seeks to bring peace in the Holy Land through facilitating education, promoting partnerships, and coordinating activity. HCEF looks forward to continue working alongside these organizations in future endeavors to “replace despair with hope, fear with human security and humiliation with dignity” in the Holy Land.