In an interview the Catholic Center for Studies and Media has conducted with Apostolic Administrator of the Latin Patriarchate Rev. Pierbattista Pizaballa–who is taking part in the Fifth Annual Cannon Law Conference at the Dead Sea titled, “Matrimony and ad hoc Rules Governing the Tribunal Procedures” which opened on Tuesday July 19–he said that in his capacity as apostolic administrator, he has responsibilities for all the Church. He points out that “If you watch what is going in all the Middle East and see the reality in Jordan, we then have to be very happy and thankful. We have to thank the Lord and the Royal House of course. The relations among the different religious groups, Muslims and Christians, are serene. This is a very positive situation and we have to thank the Lord for that.”

He called on bishops who have strong relations with the other Churches in the world to explain very well when going abroad that the situation in Jordan is safe, and stressed that religious tourism brings good opportunities for many since when there are jobs there is economic prosperity which brings benefits to the society as a whole.

Following is the text of the interview:

Question: What is the meaning of being an administrator of the Latin Patriarchate? And what are the responsibilities for this position?

Question: You have been a custodian of the Holy Land for several years. Now you are a bishop and an administrator in the name of Pope Francis, what is the meaning for you to be a bishop in the Holy land in these days?

Question: Today you are in Jordan with this country enjoying a good presence in the society. What does Jordan mean for you?

Rev. Pierbattista Pizaballa: Jordan is like all the places for where there is life there are problems. But as you said, the life of the Church is rich. The Church has many activities, many movements, and many groups. We have to improve these activities, to coordinate, and to give us a period that already exists so as to continue proceeding towards the prosperity of the beautiful Christian society which is new for the Middle East. When you walk all around Jordan, you realize that it is full of problems. In Jordan the situation is still stable, calm and serene. As for the prospects for the future, we have to encourage this trend.

Question: What can you say about the relations between Christians and Muslims?

Rev. Pierbattista Pizaballa: If we watch what is going in all the Middle East and see what the reality in Jordan, we then have to be very happy and thankful. We have to thank the Lord and the Royal House of course. The relations among the different religious groups, Muslims and Christians, are serene. This is a very positive situation and we have to thank the Lord for that.

Question: What has the Church offered the refugees?

Rev. Pierbattista Pizaballa: Another important aspect of the life of the Church is the effect it made in the recent years in Jordan, particularly with reference to the issue of the refugees. Jordan, after all, is a small country that has been receiving millions of refugees from Iraq and Syria, which is not taken for granted, but rather is appreciated, as this also applies to the Christians, the Church, Caritas and the other Church-related institutions. The Church welcomes all the refugees , especially the Christian refugees, which is very important. I do thank the Church since it became an important reference point for the life of millions of refugees in Jordan.

Question: What are the plans and projects you want to continue or start after you have assumed your new position?

Rev. Pierbattista Pizaballa: I did not come to stage a revolution. I am here merely to organize a little more the life of the Church, which is really organized. The first thing to do is conduct dialogue, to listen, to understand, to see and to be in contact with the clergy and the priests as well as to jointly organize the next step.

Question: Do you have a role to play with regards to religious tourism to the Holy Land?

Rev. Pierbattista Pizaballa: The role of the Church, and the bishop especially, is very important for religious tourism. The Western countries are afraid to come here because they think that we are all involved, while the situation is totally different. We bishops, who have strong relations with the other Churches in the world, have to explain very well when we go abroad that the situation is safe. It is also important for them to walk in the steps of Jesus Christ in the first place. It is also important to encourage the peace process in the Middle East, in Jordan, and in the Holy Land because religious tourism brings good opportunities for many since when there are jobs there is economic prosperity which brings benefits to the society as a whole.

Question: What are your hopes for the region, for the peace between Israel and Palestine in the first place, and then in the region including Iraq and Syria?

Rev. Pierbattista Pizaballa: I know very well that peace between Israel and Palestine, in Iraq, and Syria seem so be so far and so difficult, it is just words. But we, religious people and men of God should keep insisting first of all to pray for peace and also to create the mentality for peace. We have to do our best to encourage the political leaderships in the Holy Land to give a peaceful future for all generations.

Question: What role Jordan has to play for peace?

Rev. Pierbattista Pizaballa: Jordan plays a key role. All the countries have enemies at a time when Jordan is the country that is in dialogue with all the countries in the Middle East. So, the Royal House in Jordan is very important as it helps all countries to have dialogue and sit together. This is the only place where each one can find freedom and peace. This is a unique context which we have to exploit. 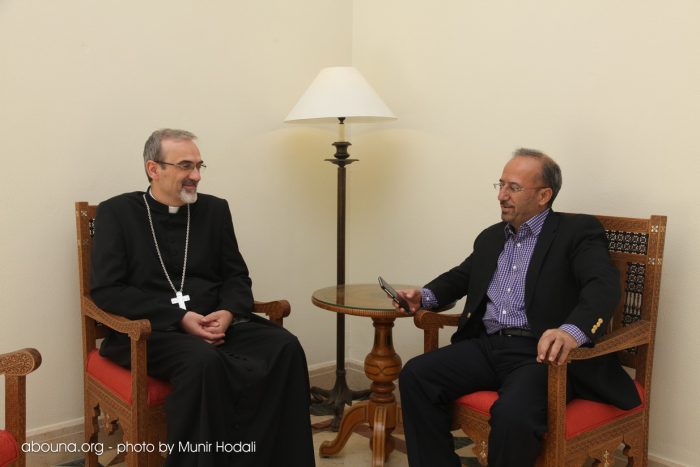 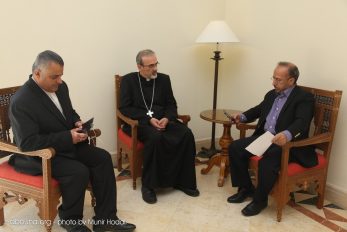 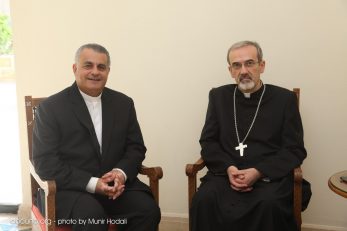