Catholic Ordinaries of the Holy Land meet in Bethlehem

Previous Next
Catholic Ordinaries of the Holy Land meet in Bethlehem

BETHLEHEM – On March 14 -15, 2017, the Assembly of Catholic Ordinaries of the Holy Land met at Casa Nova in Bethlehem. At the heart of the discussions were the Catholic schools of the diocese and the youth of the Holy Land, in preparation for the October 2018 Synod on the theme “Youth, faith and vocational discernment”.

The Ordinaries held their bi-annual meeting in Bethlehem on Tuesday and Wednesday. The discussions were facilitated by the Greek-Catholic Archbishop of Galilee George Bacouni with the participation of the two Apostolic Nuncios of Cyprus, Israel, Palestine and Jordan, Archbishop Lazzarotto and Archbishop Ortega Martin; the Apostolic Administrator of the Latin Patriarchate, Archbishop. Pierbattista Pizzaballa and the four Patriarchal Vicars, Bishops William Shomali and Giacinto-Boulos Marcuzzo , and Fathers David Neuhaus and Jerzy Kraj.  Also present at the meeting were Patriarch Emeritus Michel Sabbah and Bishop Emeritus Kamal Bathish;  the Maronite Archbishops  Joseph Soueif of Cyprus and Moussa El-Hage of the Holy Land;  Greek-Catholic Archbishop of Jerusalem Jules-Joseph Zerey; , Greek Catholic Archbishop Emeritus of  Akka Bishop Boutros Mouallem; the Custos of the Holy Land, Fr. Francesco Patton; a representative of the Syrian Catholic Church, Fr. Efrem;  and representatives of religious communities.

Fr. Patton, Custos of the Holy Land took advantage of this gathering to invite everyone to the inauguration of the restored Aedicule in the Basilica of the Holy Sepulcher on March 22.

The discussions then focused on the Catholic youth of the Holy Land and the Catholic schools of the diocese, which are still going through a difficult period, particularly in Israel with a financial crisis that remains unresolved, as the Israeli Ministry of Education has not honored its commitments. School leaders from different countries of the diocese presented a joint paper on the mission and vision of Catholic schools that will be further developed in the coming months before being validated by the bishops.

The Ordinaries paid close attention to the Lineamenta (or preparatory document) of the 2018 Synod dedicated to the youth, faith and vocational discernment. For this purpose, a questionnaire will soon be given to young people, schools and universities, and religious communities to fill out and to be returned to Rome for the Instrumentum Laboris.

Bishops and priests during the meeting to addressed the challenges specific to the youth of the Holy Land as well as the difficulties of coordination faced by youth ministry in an extended diocese that includes distinct political and social realities.

On Tuesday, March 14, a Solemn Mass was celebrated by the Ordinaries at St. Catherine’s Church in Bethlehem to mark the fourth anniversary of the pontificate of Pope Francis.  Main celebrant was the Apostolic Nuncio Archbishop Giuseppe Lazzarotto  and the homily was delivered by Archbishop Bacouni who recalled the guidelines of the pontificate of Francis: “Mercy and joy” and his concern for the “transparency” in the Church.

On the same day, during the break, the Ordinaries were able to visit and admire the restored mosaics on the walls of the Basilica of the Nativity.

On Wednesday, March 15, Mass was celebrated at the Monastery of Our Lady of Bethlehem, in the Milk Grotto compound with the Sisters of the Perpetual Adorers of the Blessed Sacrament who welcomed the Ordinaries to breakfast after Mass. 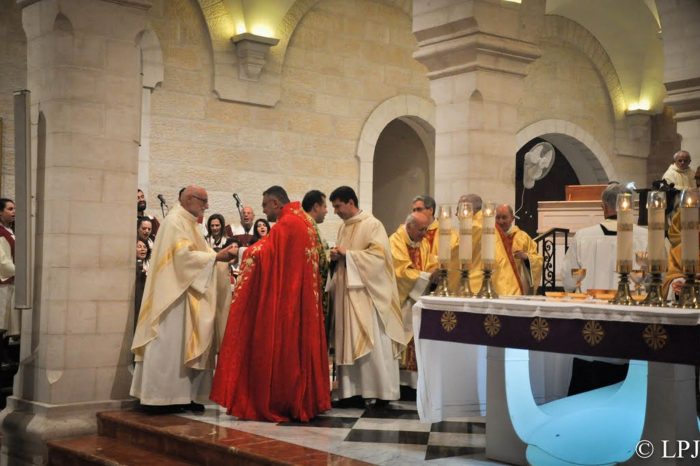 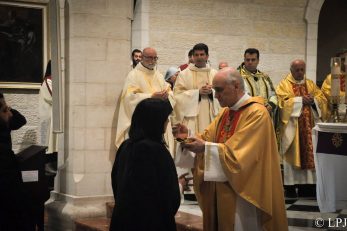 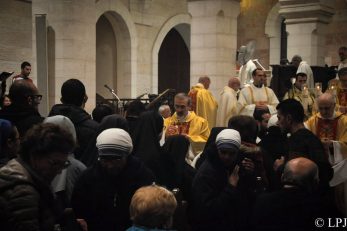 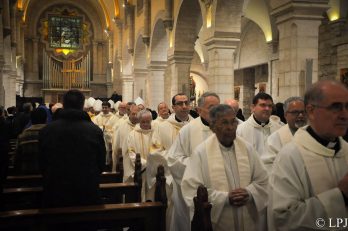 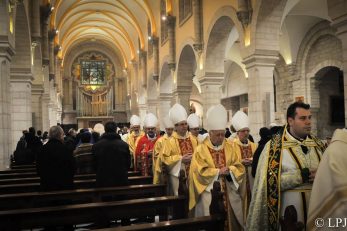 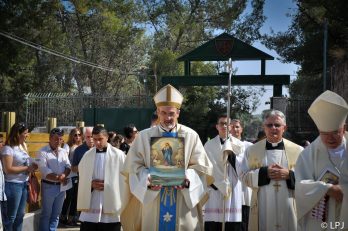 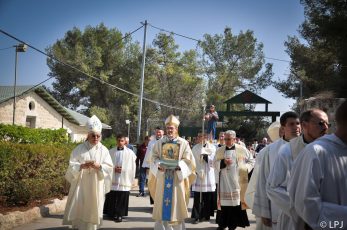 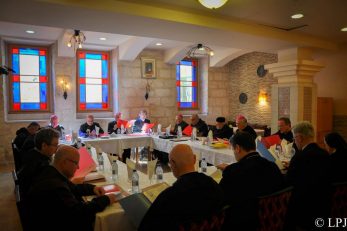 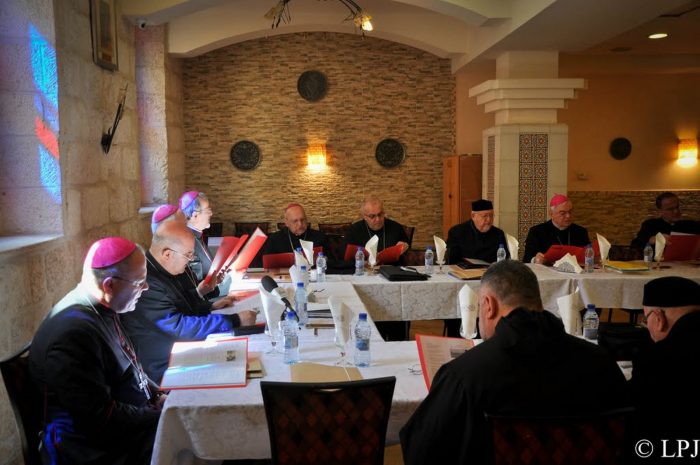 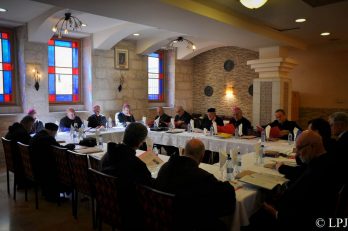 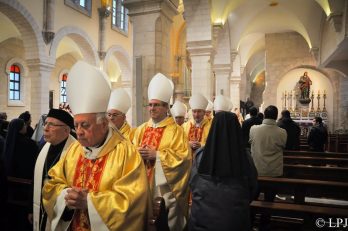 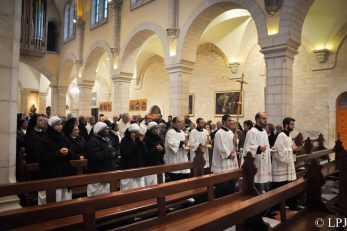 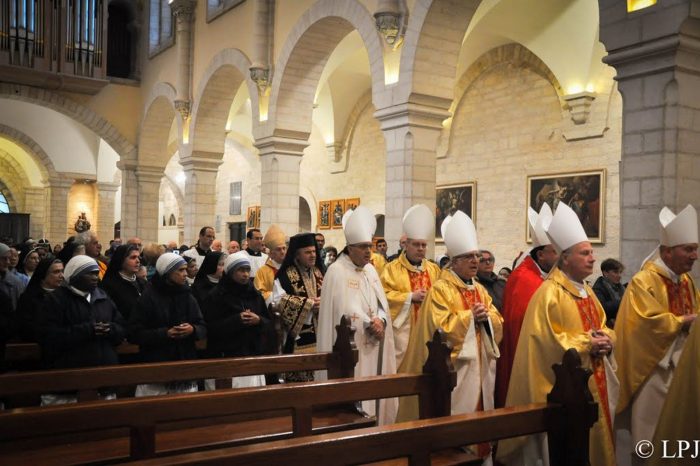 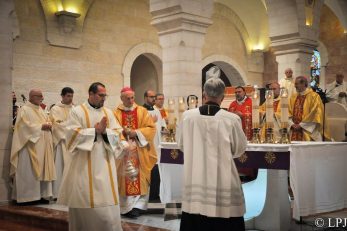 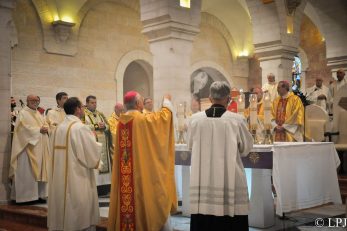 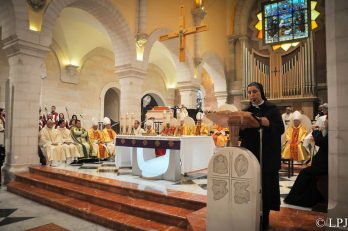 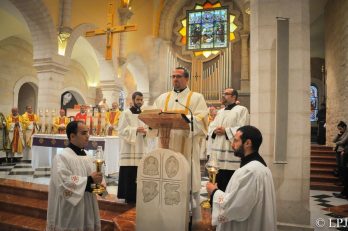 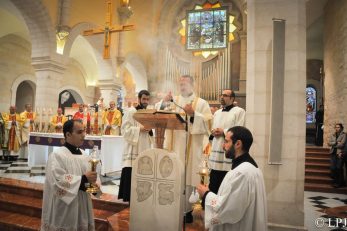 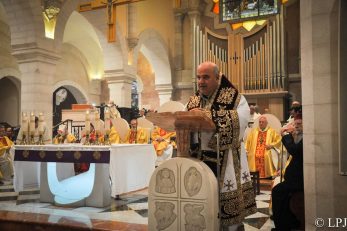 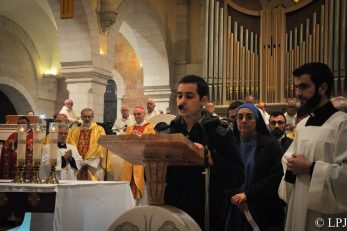 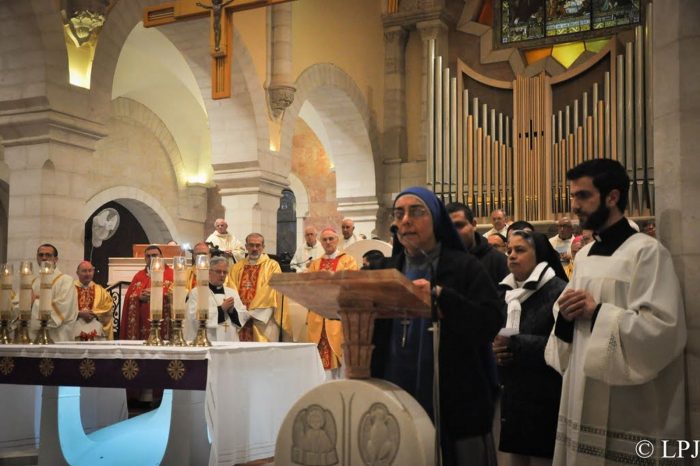 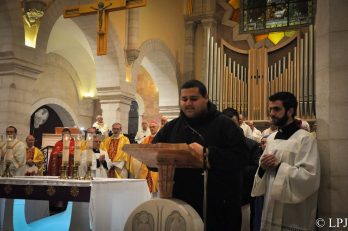 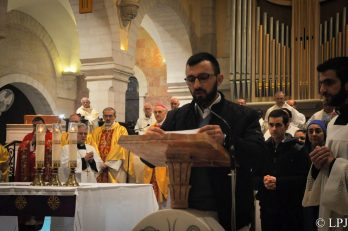 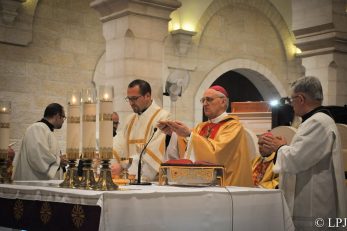 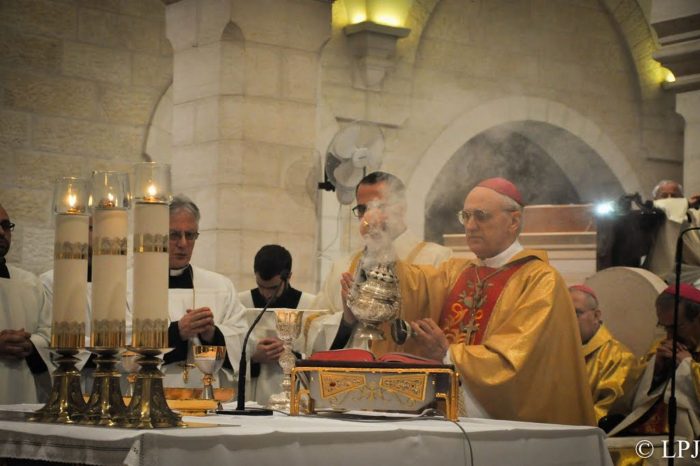 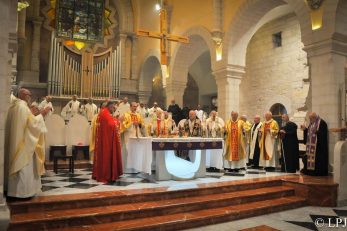 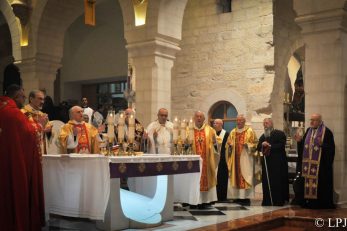 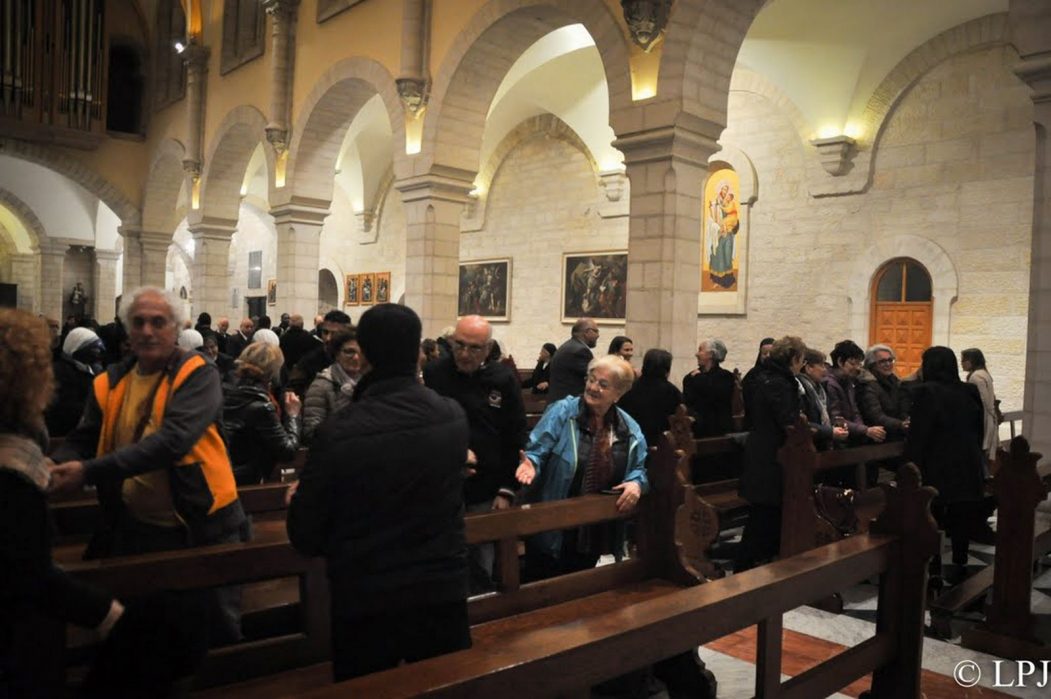