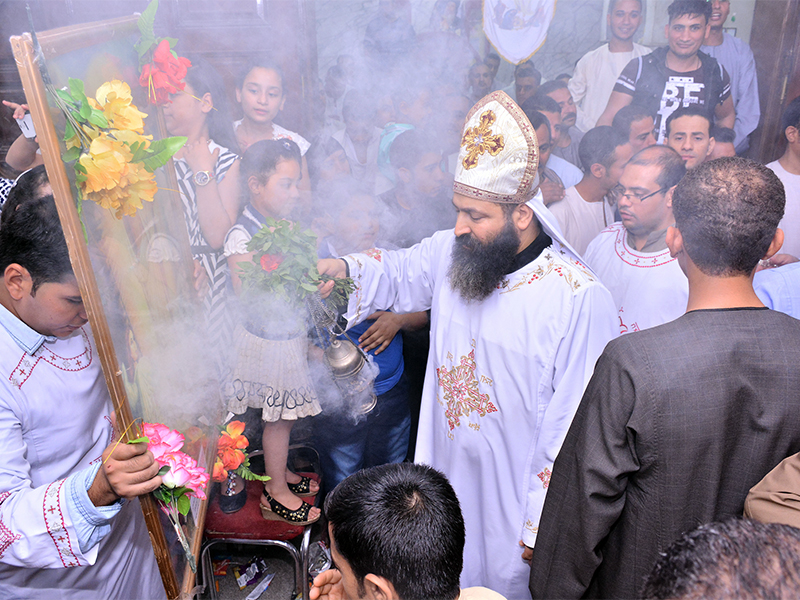 Coptic Easter Sunday is celebrated in Al-Kosheh, Egypt, a Coptic Christian community on May 1, 2016. Photo courtesy of Fady Hadny

For years, those pilgrimages for Egypt’s Coptic Christians, like El-Sayeh, were discouraged.

“To visit Jerusalem and the holy places was always my wish,” El-Sayeh said. “You feel the hand of God. This is the lifelong dream of every Christian in Al-Kosheh.”

Now, it is a dream increasingly being realized. Last year, El-Sayeh and 25 others from this town 300 miles south of Cairo made an Easter pilgrimage to Jerusalem, part of a growing number of Egypt’s Coptic Christians doing the same. 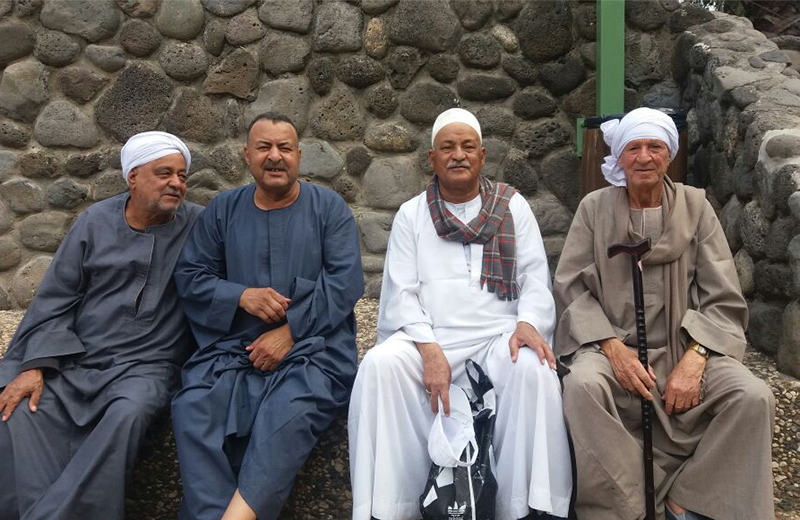 Egyptian Refaat El-Sayeh, in white robe, joins other Coptic Christian pilgrims from the village of Al-Kosheh, Egypt, in Jerusalem. Upon their return to Egypt, these men are called “Muqadiseen” meaning holy ones for having completed the journey to the the city where Jesus lived and died. Photo courtesy of Fady Hadny

Just as Muslims who make the pilgrimage to Mecca return with the honorific title “hajji,” Coptic Christians who return from Jerusalem are called “muqadiseen,” meaning one who has visited the sacred precincts mentioned in the Bible.

It is a coveted distinction. Yet because much of the Egyptian public views the Jewish state through the often negative lens of the Arab-Israeli conflict, many, including Copts, have stayed away.

That began to change after the 2012 death of Pope Shenouda III, head of the Coptic Orthodox Church of Alexandria. An opponent of the Camp David peace accords with Israel, Shenouda banned travel to Israel as a sign of solidarity with Palestinian nationalism.

But just one year after Shenouda’s death, applications for tourist visas at Cairo’s Israeli Embassy surged, jumping from under several hundred to nearly three thousand annually. 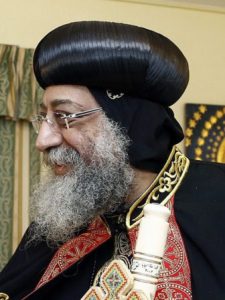 Meanwhile, in November 2015, Pope Tawadros II, the current head of the Coptic Orthodox Church, traveled to Israel to attend the funeral of Coptic Archbishop Abraham of Jerusalem and the Near East — the first visit by an Egyptian Orthodox cleric since Israel captured the eastern side of the city in the 1967 war.

Egypt’s Copts saw Tawadros’ visit as a signal that they could do the same.

Israeli officials don’t track visitors by religion, but the number of Egyptian tourists to Israel nearly doubled from 4,428 to 7,450 between 2014 and 2016, said Sabin Haddad, a spokeswoman for Israel’s Population and Immigration Authority.

Sabry Ragheb, owner of Cardinal Tours Egypt, one of the largest operators of pilgrimage trips to Israel, said Christians make up the majority of those visitors.

“This year about 80 percent of my pilgrimage clients hadn’t ever obtained visas to anywhere else before,” Ragheb said. “It was their first time to go to a destination outside of Egypt.”

Muqadis Baghat Moheb, a 62-year-old mattress maker who made a pilgrimage to Israel last Easter, fits this profile. He had never left Al-Kosheh for anywhere outside Egypt.

But now, “I want to visit Jerusalem every year,” he said.

Adding to the momentum: In February, Egypt’s Supreme Constitutional Court, it’s highest ruling body, ruled Christians have the right to a one-month paid leave to go on the pilgrimage, giving the trip to Jerusalem the same employment protection Muslims have for making the hajj.

The ruling reflects other moves by Egyptian President Abdel-Fattah El-Sissi to accommodate the Coptic minority, including enacting laws to regularize church construction, an often-contentious issue in Egyptian countrysides where Muslim preachers and villagers often object to the size of Christian houses of worship.

Some Muslims resent church spires, known locally as “lighthouses,” for rivaling the height of the minarets, especially in poor towns where Muslims pray in storefront mosques. 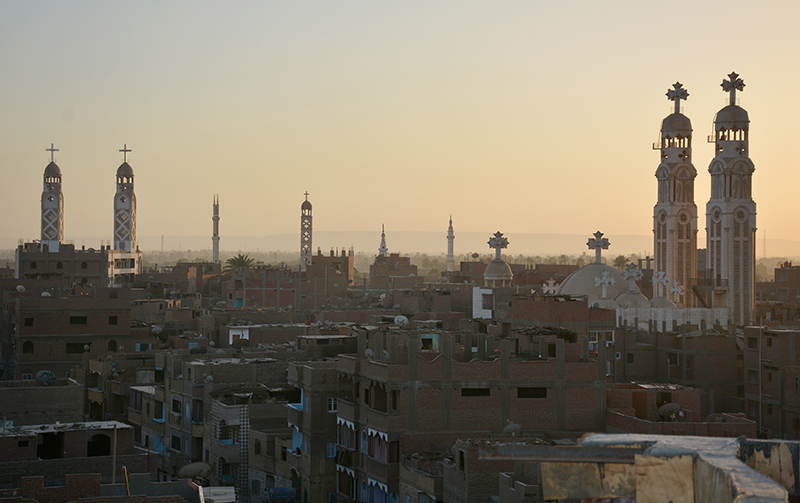 Spires, called ‘lighthouses’ in Egypt, dot the skyline of the Coptic Christian town of Al-Kosheh, Egypt, on March 14, 2017. Photo courtesy of Fady Hadny

Al-Kosheh’s lighthouses are visible for miles above surrounding fields of sugarcane, wheat and cotton.

“It’s like the lighthouse on the sea that gives direction and hope for lost ships,” said Beshoy Elkomos, a 31-year-old physical therapist who came to the village from Chicago to spend Lent in his ancestral home.

Many of the town’s far-flung Copts make similar journeys during the Lenten season. In the run-up to Easter, the town’s nine churches are unable to accommodate the weekday worshippers and thousands of parishioners pray outside the structures in tented courtyards.

There are about 10 million Coptic Christians in Egypt, a majority-Muslim nation of 90 million. But Al-Kosheh’s 40,000 residents may be the most fervent Coptic stronghold, often nicknamed “Little Jerusalem.”

“Al-Kosheh did not get renamed as Jerusalem in a vacuum,” Moheb, the mattress maker, said. “There’s no town like ours in all of Egypt where four churches are built at the same time and neighbors get jealous of each other because one has been on the pilgrimage (to Jerusalem) and the other has not.”

Still, El-Sayeh says going to Israel is an imperative, a dream now within reach.

“We will not allow anyone to stop us from visiting Jerusalem,” he said. “We see these places as our own property. What kind of farmer leaves his lands unattended?”