HCEF President/CEO speaks at International Conference on the Question of Jerusalem, Baku, organized by the United Nations

Previous Next
HCEF President/CEO speaks at International Conference on the Question of Jerusalem, Baku, organized by the United Nations

Baku, Azerbijan – Sir Rateb Rabie, KCHS, President and CEO of the Holy Land Christian Ecumenical Foundation (HCEF), addressed the International Conference on the Question of Jerusalem, on July 20 and 21 in Baku at the Hilton Baku Hotel. The conference was held under the auspices of the United Nations and with the support of the Organization for Islamic Cooperation (OIC).

The conference was organized in keeping with General Assembly Resolutions 71/20 and 71/21, and its 2017 Programme of Work. The theme focused on “Jerusalem and the International Community: Providing Political and Economic Support.” It sought to identify opportunities to intensify international and regional support for East Jerusalem and safeguard its status, while enabling an open exchange among policy-makers, experts, practitioners, civil society, and academics.

Sir Rateb was invited as an expert speaker in Plenary II session: “A new approach for East Jerusalem in a new political environment” with a focus on “Tangible support to the Palestinian economy: tourism, infrastructure”.  Due to its 19 years of experience on the ground, especially forging ways to developing the bonds of solidarity between Palestinian Christians of the Holy Land and Christians worldwide through culture and religious tourism, HCEF has been able to tell the story of the struggles that are faced daily by the Palestinian community in general and the local churches in the Holy Land in particular.

The core mission of HCEF is to use cultural and religious tourism to educate the West about Palestine and its peoples.  It does so by promoting people-to-people interactions and by taking one step further in its religious tourism and fostering pilgrims’ engagement with the region.  After their return to their respective homes, pilgrims tell the story of what they saw and witness to others in their communities, thus educating a wider circle.

Sir Rateb explored the challenges and opportunities for the healthy and sustained development of religious tourism.  He provided up-to-date information on the current conditions in East Jerusalem and the Palestinian territories.  In addition, he explored practical ways in which resilient development in Jerusalem could be stimulated via tourism.

“In addition to enhancing tourism and assisting with holy and cultural site deveIopment and restoration in East Jerusalem, I call upon governments and people of good will,” Sir Rateb stated, “to push for transforming Jerusalem into the Holy City, into the City of Peace, one that is open to all faiths and peoples.”  He continued, “I call upon the United Nations, Holy See, and others to protect the rights of the local Palestinian community and facilitate the movement of peoples in East Jerusalem and the rest of the Holy Land.” 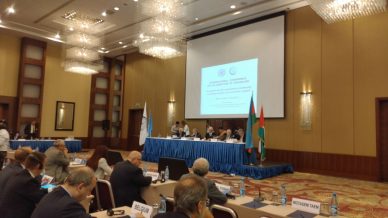 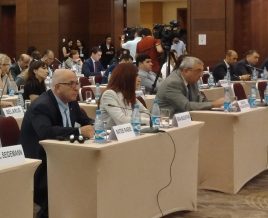 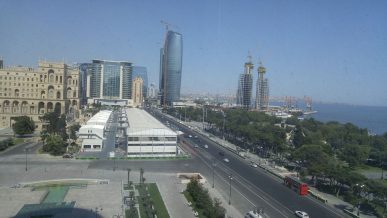 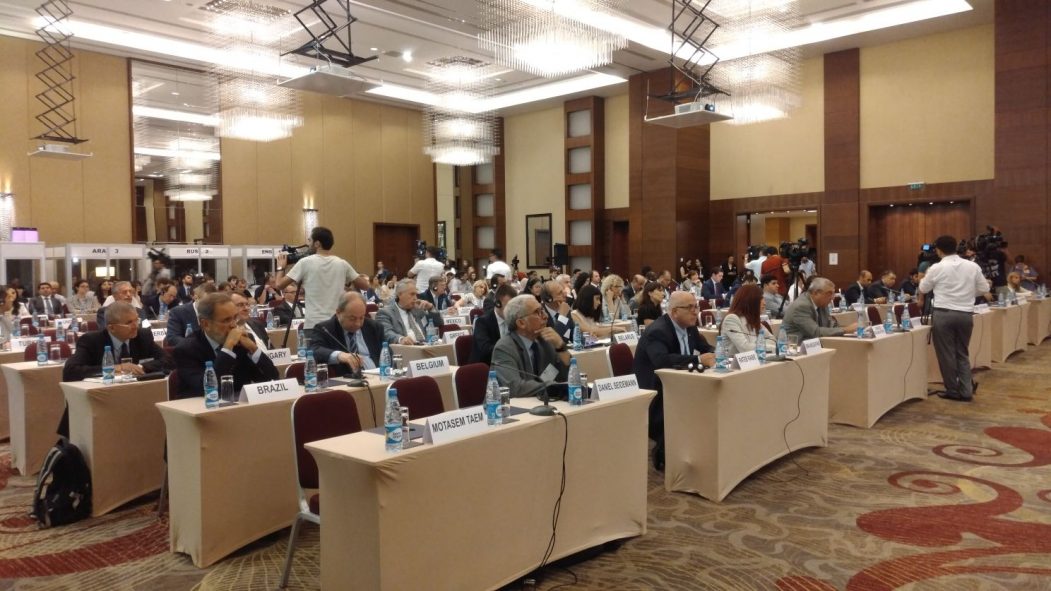