Caritas Continues Support for Lebanon in Wake of Massive Explosion.

Previous Next
Caritas Continues Support for Lebanon in Wake of Massive Explosion.

Focusing on Providing Healthcare, Covering Basic Needs Such as Food And Water and Repairing Homes and Shelters.

Two weeks after twin explosions devastated the port area of Beirut and left around 300,000 people homeless, Caritas Lebanon is focusing on providing healthcare, covering basic needs such as food and water and repairing homes and shelters.

Caritas Lebanon helped more than 46,200 people in the capital and provided them with more than 38,200-hot meals in the first nine days after the blasts. More than 4,500 people received medicines from Caritas, which has also distributed first aid and hygiene kits and food kits and continues to do house calls.

Over 170 people died as a result of the two explosions caused by the poorly stored ammonium nitrate. Beyond the death toll, the 6000 people injured and the 300,000 made homeless, the impact of the explosions on the Lebanese capital is catastrophic and the needs are massive.

Sanitation and water supplies have been interrupted in many neighborhoods and the destruction of the port will further complicate the delivery of food. 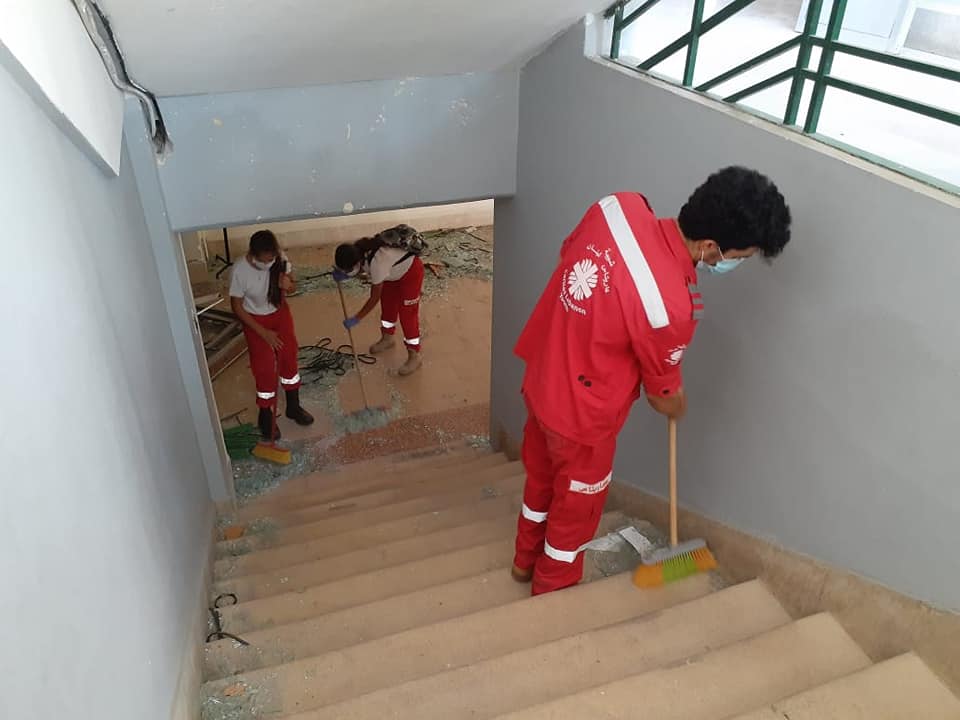 Caritas Lebanon warns the psychological effects of the disaster are massive, especially among children who have witnessed the destruction of their homes and schools and injuries to family and community members. The mental health of the population has already been battered by the effects of the deep economic crisis.

Although Caritas Lebanon’s offices were also badly damaged by the explosions, it continued to work and sent teams out to assess needs and provide help in the immediate aftermath. Many young volunteers have also been out in force to help clean up streets and apartments and distribute assistance.

On Sunday, August 16, Fr Michel Abboud, the president of Caritas Lebanon, held a Mass with Caritas volunteers and staff at the port area.

On 9th August Pope Francis made a special appeal for solidarity with Lebanon at his Sunday Angelus. “Last Tuesday’s catastrophe calls everyone, beginning with the Lebanese people, to work together for the common good of this beloved country. Lebanon has a particular identity, fruit of the encounter of different cultures, that has emerged over the course of time as a model of living together. Certainly, this coexistence is now very fragile, we know this, but I am praying that, with God’s help and everyone’s genuine participation, it may be reborn free and strong,” said the Pope.

There are a number of ways to help the people of Beirut during their time in need: