Previous Next
Mr. Rateb Rabie, JPI Chair, Board of Directors, met with His Majesty King Abdullah.

Mr. Rateb Rabie, Chair of the Jerusalem Peace Institute (JPI) Board of Directors, met with His Majesty King Abdullah of Jordan on Wednesday, September 15, 2021. The meeting in New York, which was attended by Her Majesty Queen Rania and HRH Prince Hussein as well as a few key Jordanian officials and other Arab American community leaders, covered a variety of topics, ranging from regional and international developments and refugees to the COVID-19 pandemic. Mr. Rabie spoke of JPI’s vision of Jerusalem as “a gift for humanity, and its sharing and inclusivity are a must for charting a new beginning.”

His Majesty, whose Hashemite family has had custodianship of Jerusalem’s Muslim and Christian holy sites for a century and who has stood firm constantly against any attempts to change the historical, religious, and legal Status Quo of the city, emphasized the need for security, stability, and peace in the Middle East region. 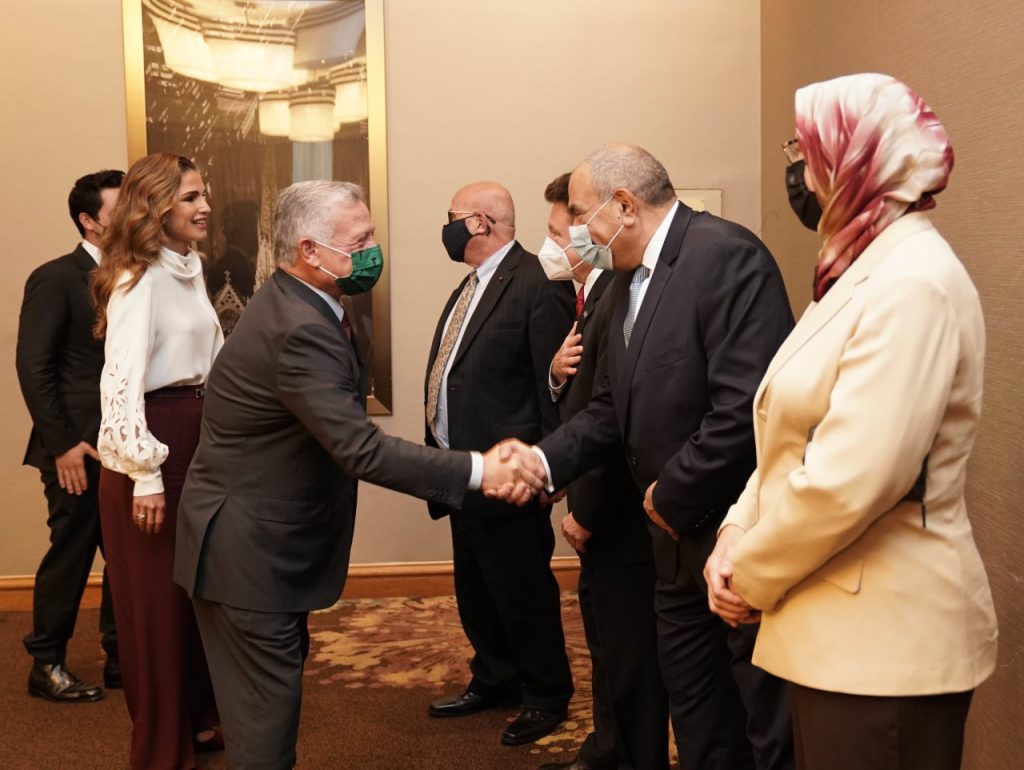 For His Majesty, these will develop only with a just and comprehensive answer to the Palestinian question, specifically a two-state solution that ensures the creation of an independent Palestinian state on the June 4, 1967, with East Jerusalem as its capital. Mr. Rabie commended Jordan’s role, and His Majesty expressed interest in following up on the discussion.