Previous Next
Reflections from the Holy Land Merry Christmas

Another year is behind us and as Christmas is only a few days away, this is a good time to look back and reflect on the many achievements and challenges. As life returned to a more normal mode with most travel and health restrictions lifted, it is a beautiful sight to see the pilgrims and tourists flock back to the Holy Land in large numbers and fill the narrow streets and churches not only to pray but to offer solidarity to their brothers and sisters, not to mention the return of a more normal income and livelihoods to the thousands of families who are dependent on income from the tourism industry which stopped completely during the height of the pandemic. However, as one sector improves, we still have to deal with rising inflation and major cost increases as a result of the war in Ukraine not to mention the major decline in exchange rates, especially the Euro currency. Budgets carefully designed and approved have to be adjusted due to these factors that are out of our control leading to increased operational deficits. 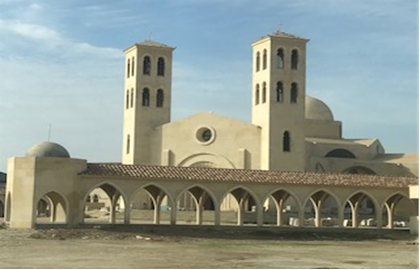 Over the past few months, I was privileged to travel to a number of locations as well as participate in a number of virtual events to advocate for our work and raise awareness to our local needs. In the United States, it was an absolute pleasure to share our joy with the members of the Mid-Atlantic and Northeastern Lieutenancies, as well as give a lecture at Georgetown University to celebrate the life of the late Fr. Drew Christensen who dedicated his life to advocate for peace and justice, especially in the Holy Land. This was in addition to participation in a number of virtual meetings including the European and Latin American lieutenants of the Order of the Holy Sepulcher of Jerusalem, as well as a podcast for members of the North American lieutenancies. The takeaway from all these encounters is the solid rock interest and support by all these communities to their brothers and sisters in the Holy Land despite the fact that many communities still suffer from the aftermath of the pandemic themselves. The visit of the Holy Land Commission in September after a three-year pause included many encounters with beneficiaries of our various programs as well as extensive site visits. It was very assuring to hear the independent positive evaluations of the work as the members stated that they were pleased of the project’s implementation, especially during the conditions of the pandemic. Other works underway is the construction of a new Church at the baptism site with most funding provided by the Mu’asher family in Jordan. Unprecedented commitment and local generosity will offer a new venue for pilgrims in Jordan once completed.

On the local scene, the many field visits locally as well as to Jordan and Gaza only makes us prouder of what we are able to do to support the pastoral, educational, and humanitarian activities that the church is able to conduct. On the educational front, the two major developments have been the many projects implemented in schools to upgrade facilities and improve quality; as well as the return of over 400 students to the various LPJ schools in Palestine and Jordan, now that online education is behind us and many opted to return to the value set education offered by our parish schools. The pastoral life of the Diocese returned at full course with thousands participating in youth activities, summer camps, spiritual retreats and visits to holy sites, and scout activities to name a few. The annual celebration of Our Lady Queen of Palestine at Deir Rafat attracted a record number of local and international faithful, a sight not seen in many years. The Church of Cyprus which is part of the Diocese and has been underserved for a long time will receive more attention soon. A few days ago, His Beatitude inaugurated the premises of the new Vicariate building there and installed a new Vicar as a first step to expand our pastoral work there. In Gaza, a recent field visit with the Vice Chancellor of Bethlehem University was intended to give more attention to the needs of this small, yet vibrant community there and begin to explore possible collaboration in the future. 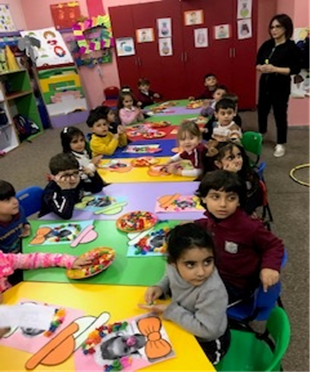 As for the various humanitarian programs, demand on the various components continued to be high as the effects of the pandemic will take some time to transition back to normalcy. Demand on the core programs of medicines, medical support, social assistance, and educational support is slowly returning to pre-pandemic levels, while the demand on the special programs directed to Iraqi refugees, Gaza youth employment, and East Jerusalem increased as there is no change in the status of these programs except more suffering as a result of political influences. In all instances, it is reassuring to see that thousands were assisted through the various schemes and some relief was brought to those most marginalized. The transition to a number of empowerment and capacity building programs including the AFAQ program in collaboration with Bethlehem University as well as various youth and women empowerment programs have had very successful beginnings with the aim to help people help themselves and be less dependent on the support from the church.

As for the local political scene, the Palestinian problem is no longer a priority as the Palestinian internal conflicts continue without a clear path to reconciliation. The most recent elections in Israel whose results will soon install the most radical right-wing government in the history of Israel will not only implement tough policies towards the Palestinians and drive away any possibility of a peaceful resolution to this decades old conflict, but it also promises to intensify internal conflicts within the Israeli society as new radical changes will polarize Jewish Israeli society further. Despite all of this, we are confident that the church will continue with its work as it has done for centuries to be that beacon of hope to those most in need. 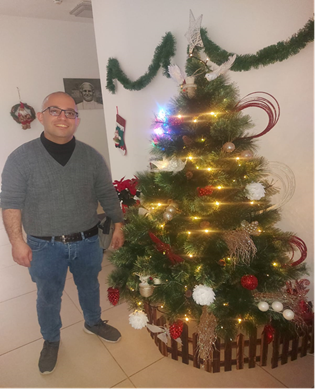 I would like to close on a personal note to wish one of the beneficiaries of our Iraqi refugees’ support program the best of luck as he will transition soon to move to Michigan, USA to join his family after years of separation. Sa’ad Manuel became a refugee over 10 years ago and left Iraq under very harsh conditions along with his family and took refuge in Jordan. Over the years, his family gradually secured immigrant visas to the USA, but he was stuck alone in Jordan. He has been one of the beneficiaries of our humanitarian support for the past four years working in the general administration office in Amman. He is usually the first to greet me with his usual courteous smile in every visit. Two weeks ago, he received an early Christmas gift from the US embassy in Amman informing him that his papers are ready, and he is cleared to join his family and start a new life. Sa’ad will immigrate to the US in January and his only wish is to be able to see his ailing father who is bedridden in hospital in critical condition upon arrival. I wish Sa’ad that his Christmas wish will come true! He will be dearly missed….

Merry Christmas to all our friends and supporters around the world.  Many thanks for your continued moral and financial support. Please keep praying for us and we hope to see you in the Holy Land in the near future.