Previous Next
Two Popes, Saints for The Universal Church

ROME-HOLY LAND – Since the announcement of their canonization was made by the Vatican, Popes John XXIII and John Paul II are everywhere in pictures. Christians rejoice to have the intercession of two new saints who have affected the Church and entire generations in the Holy Land and the worldwide.

Evidently, few things can bring closer the pontificates of John Paul II and John XXIII. John XXIII succeeded to the throne of Peter at an advanced age. He held office from 1958 to 1963. He was still in the tradition of popes who rarely went out of the Vatican and were marked by an imposing protocol leaving little room for spontaneity and creativity. John Paul II, on the other hand, was elected pope at age 58. His pontificate, from 1978 to 2005, covered 26 years. He traveled the world and visited a large number of countries. Boasting a “modernization of how to be pope,” he did not hesitate to ignore certain protocols.

Yet, fundamentally, they were two incredible reformers and two men deeply spiritual, which makes them two examples of holiness to the world. John XXIII was of course the initiator of Vatican II that changed the universal Church and its relationship with the contemporary world. The Council sought to redefine traditional doctrine in language appropriate to the modern sensibility in the context of “updating” the life of the Church.

John Paul II, active during the work of the Council, continued to refer to it in his pontificate. He also had the task of implementing it. His creations were numerous. Prominent among them is the creation of World Youth Day, continued by his successors, and also the creation of the Catechism of the Catholic Church.

These two figures of the Church were also marked by their joy, their simplicity, and their outspokenness. They make an impression on today’s faithful who find similar traits in the pontificate of Pope Francis.

Memories in the Holy Land

John XXIII never came to the Holy Land. But the Council had implications for the Holy Land. The Latin Patriarch of Jerusalem, Fouad Twal, remembers especially the changes to the missal, which arrived a little later. On amused, he stressed that “the switchover of the Mass in Arabic had not changed much: before the priest said the prayers in Latin, but someone gave the words in Arabic and the people responded in Arabic…”

John Paul II, in 2000, came to Jordan, Palestine and Israel. In a very long trip of eight days, he was notably the first pope to go and pray at the Western Wall.

Many Christians in the Holy Land are touched by the example of these two popes whose Marian devotion is a source of emotion. Better known, John Paul II also helped many Christians get closer to the Church and to see in it a source of unity. That is why sisters, priests and faithful were numerous in the Co- Cathedral of the Latin Patriarchate Sunday, April 27, 2014, to give thanks during the Mass for the canonization of the two popes who had been held in the morning in Rome.

To the intercession of the two new saints was entrusted the Church, especially Pope Francis’ trip to the Holy Land which draws near, and to prepare and encourage this Land and its faithful to embark on the same path of holiness, following all successors of the apostle Peter. 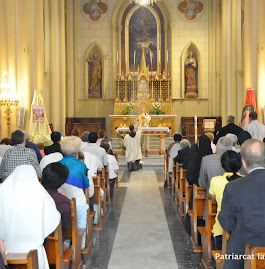 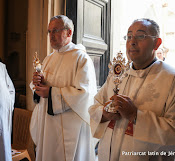 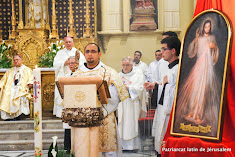 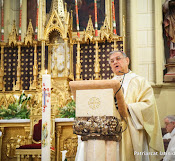 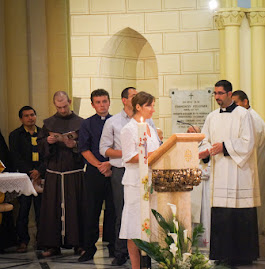 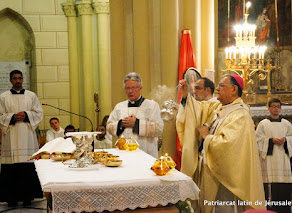 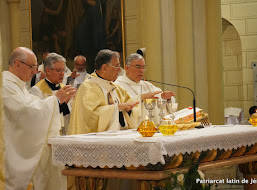 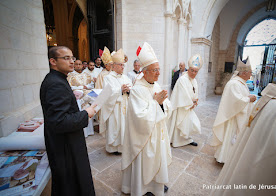 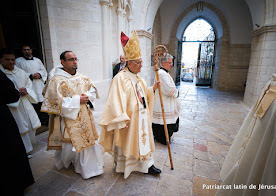