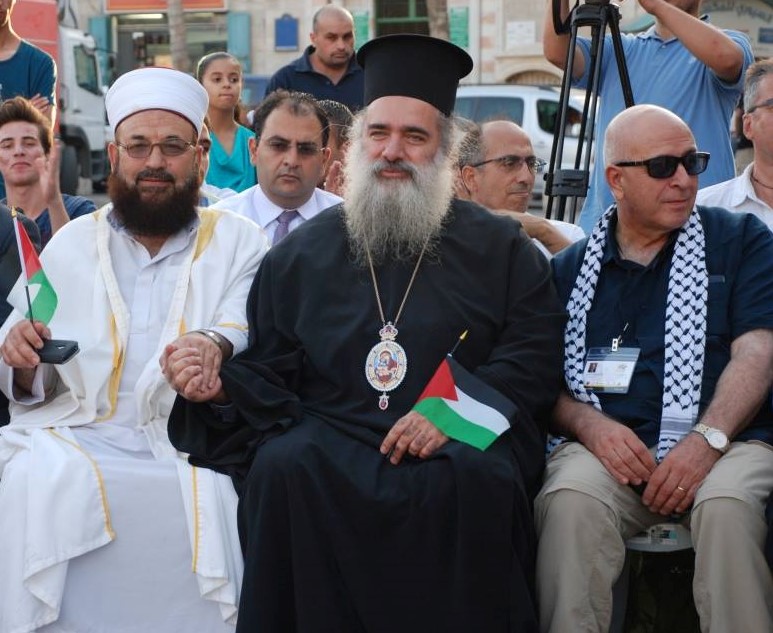 Our Call to Action

The United States MCC is committed to protecting the Arab presence, both Christian and Muslim, in Jerusalem and other parts of the Holy Land. We view this responsibility as a sacred trust and extend an open invitation to all people of goodwill to join us in this critical call to action.

Brief History of the MCC

Established in 2017, the U.S. Muslim & Christian Coalition (MCC) was born out of profound reverence for the noble values and ethical principles shared by Muslims and Christians alike, and in the awareness that religious extremism on the fringe of either group can lead to destructive violence. HCEF created this initiative for the protection of Christians and other religious minorities in the Arab World. Collectively, we recognize that the persecution of Christian citizens, often involving unimaginable atrocities, violates our faith traditions and insults our Creator. This coalition is our expression of solidarity and commitment to the Common Good. In alarm and deep concern for Arab Christians and other religious minorities under attack, and with a clear understanding that peace, justice, and freedom are possible only in a culture of coexistence, we pledge to remain united in addressing the challenge of this new extremism and to restore the communal relationship of co-existence among neighbors.

Arab Christians have been active for years, working hard to build interfaith tolerance by challenging Western stereotypes of Arabs and Muslims and by educating Western Christians about the real Islam, distinguishing faithful people of good will from extremists. In 2021, since the current situation has become less violent and dangerous for Christians in the Middle East, several Muslim and Christian organizations and individuals have decided to focus on Jerusalem and the moral imperative to ensure that it is shared equitably among its diverse ethnic and religious communities. It is time that we – Christians and Muslims together – combine our collective efforts to advocate vigorously for an inclusive Jerusalem, for the Palestinian people’s right to self-determination, and for the establishment of a contiguous, independent, and fully sovereign state, and to continue challenging Islamophobia.

Muslims and Christians today share a common threat due to the Israeli occupation of Palestinian lands, specifically its policies and practices of changing the demographics and status quo of the Holy Land, most particularly in Jerusalem. This involves displacement of the non-Jewish Arab inhabitants and implementing laws to deny them equal and basic human rights. Effective and sustained teamwork is needed to combat this shared threat.

As American Christians and Muslims, we recognize that our faith traditions would not exist without the Arab community that serves as the foundational and historical cornerstone for both faiths. We value that our common culture and relationships today serve as a model of coexistence in solidarity, aiding and protecting one another despite differences in creed.

We – MCC members – agree on the centrality of Jerusalem to the three monotheistic faiths of Islam, Christianity, and Judaism. To fulfill its potential, Jerusalem must become a shining beacon of peaceful coexistence among different religious and ethnic groups, all of whom must have free access to Jerusalem as an inclusive center of faith. It is our duty to make this happen and to refute any claims that undermine the universal character of our Holy City.

Palestinian Muslims and Christians are a source of shining examples of nonviolent efforts to actualize their dream of freedom and self-determination. We are committed to highlighting these efforts to embolden and encourage others to replicate these good works, build hope, and promote resiliency with the Palestinian society.

As Muslims and Christians, we commit ourselves to putting our faith into action by continuing to promote peaceful coexistence and to support our shared priority to advocate for peace and justice for the Palestinian people and to promote sharing Jerusalem as an inclusive center of faith. 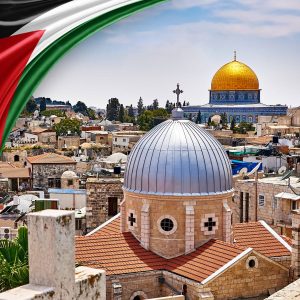 MCC members recognize that both the current conflict and the potential for future suffering can only be addressed through tangible, systematic efforts. To achieve our mission, we set forth these goals:

” Put your Faith into Action”

In support of our goals, MCC operates the following programs:

We must always remember that our faiths are centered on our Creator. We commit to fulfilling His will in all our actions, knowing that doing so is the best witness to His mercy and grace, and will serve as our guide to actualizing the Common Good and a better future for all.

Donate and support us to expand more