GAZA – May 14, 2014 – Some news from the “periphery”, a forgotten area of the Holy Land, a few days before the Pope’s visit. Atmosphere, preparations… Report of our special correspondent in Gaza.

In the places to be visited by Pope Francis, many preparations are underway. Management of the places of worship, implementation of stringent security measures, checking guest lists, distributing of tickets to the lucky few who can participate in the events. Articles, interviews and analyzes abound in the press and on the net.

In the Gaza Strip, this fervor is hardly noticeable. Although this area is part of the Holy Land – the Holy Family passed it to go to Egypt – it is a separated area. Isolated from the world because of a siege that has lasted several years, the Gaza Strip is hunted by the international media, but perhaps a bit forgotten in the heart of Christians.

It is in all respects one of those areas beloved by Pope Bergoglio, where Christians have much to contribute to their sometimes hostile non-Christian brothers. Indeed, for the small Christian community of Gaza every day is a new challenge.

During the month of May, which is dedicatde to the Virgin Mary, the faithful gather each day in the chapel or in the Christian Quarter with the Sisters to pray the Rosary. Mass is celebrated, and after it comes the ritual of the sofa: a half-hour of mutual exchanges, discussions, and meeting new families, each time over a cup of tea and a delicacy. They all show an inner strength, a sense of conviviality and hospitality, and great kindness toward all.

Nevertheless it is difficult to detect among the faithful the excitement aroused by the imminent arrival of Pope Francis. Here there is reference to the Pope only in conversations. Father Jorge and Father Mario – who curiously share the same two proper names with Pope Bergoglio – and which their parishioners proudly noticed the day of his election, endeavor to explain in their homilies and catechesis why this bishop dressed in white is so famous and so important. They explain that the pope is the successor of Saint Peter, and clarify his role and service to the Church and the world. Not an easy task in a community which is composed of Orthodox and Latin, without making differences. However, there are many people who crave to know the Man of Peace, friend of the poor and the little.

The pastor and one of the sisters, both Argentinian, make Pope Francis seem less distant and a little more familiar to the eyes of families and parishioners. In February, during a trip to Rome, the parish priest, Father Jorge Hernandez had the opportunity to celebrate Mass at St. Martha and meet the Holy Father for a few minutes.

In presenting his small and valiant parish, he received comfort, encouragement and support from the Pope. To the Pope of the favelas (slums), Christian witness among the poor, among victims of war and non-believers, and humble and diligent pastoral work are all very dear.

Attentive readers of the LPJ website will probably remember the attacks that occurred there a few months against the parish, which aroused much indignation and many signs of solidarity. A few days after this sad episode, thanks to the effectiveness of police investigations, those responsible were arrested and imprisoned. However, Father Jorge, at the end of the proceedings, publicly forgave the perpetrators permitting thus their liberation, who are grateful and indebted, due to beginning a dialogue with their families. A small example among many of the testimony provided by the small Christian community.

Many Christians hope to leave Gaza to attend Mass with the Pope in Bethlehem Sunday, May 25, 2014. Six hundred permits has been asked to the Israeli authorities for the occasion. One of the families is invited to lunch with the Pope. Many would like to meet him in person, shake his hand, tell him about the fate of their relatives and invite him to Gaza. In a few days from now, some of them to realize their dream.

Article and photos by Andres Bergamini 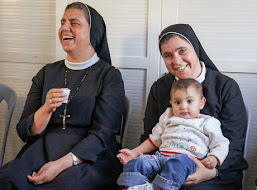 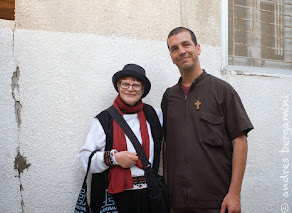 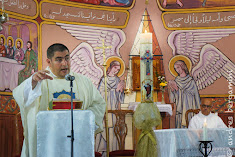 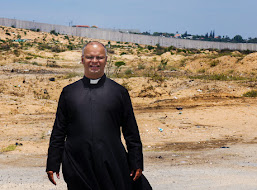 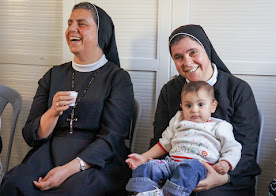 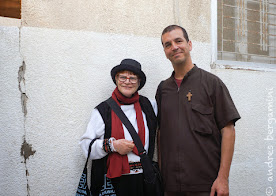 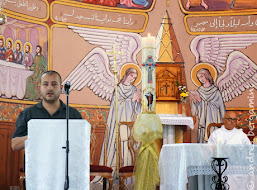