JERUSALEM – On Monday, May 23, 2016, the Prime Minister of France, Mr. Manuel Valls, currently visiting in Israel and Palestine, came with his delegation to the Latin Patriarchate of Jerusalem, to speak with the Patriarch Twal about the French initiative, which would relaunch the Israeli-Palestinian peace process.

The visit of the Prime Minister takes place as part of an official trip to Israel and Palestine from Saturday – Tuesday, May 21-24, 2016.

The meeting between the Prime Minister and the Patriarch is in preparation for the French initiative on the Middle East peace process, which will soon be launched by the Conference of Paris on June 3, 2016.

In his speech (full text), Patriarch Twal welcomed “the French initiative for peace in the Holy Land and the Middle East.” “We are pleased to see France active again on the international scene to fight extremism, of which we all can be the victims” assured the Patriarch, lamenting the fact that the France had been “for too long sidelined from international negotiations” by the “Lavrov-Kerry duo”.

Speaking on the political situation in the region, the Patriarch expressed his “dissatisfaction” about participation in war in Syria: “history has shown, in Iraq and Libya, that these military interventions have spread more death, destruction, and profit to extremism, in a region ever more destabilized (…)” The desire to overthrow the regime in Syria has resulted in a disastrous record, even though the war is not yet over. Not knowing who will take power after this absurd and bloody war, can only cause dizziness and anxiety.”

As for the Israeli-Palestinian problem, according to the Latin Patriarch, it is “more central than ever”: “We hope that the French Republic will have the courage to speak truth for the good of all to our Israeli friends, our elder brothers. If together we condemn all violence and all acts of terrorism against Israelis by Palestinians, we also condemn any excessive use of force, injustices, walls of separation or annexation, unfair territory expropriations and the express contempt for freedom of movement and worship”. The Patriarch spoke of a “reality of coexistence, past and present”, which nullifies “the argument that the Israeli-Palestinian conflict is a religious conflict”, and he stressed the crucial role of “the goodwill of politicians” in the resolution of the struggle.

Speaking in turn, the Prime Minister Valls stressed that “the fate of the Christian communities of the East concerns us and concerns France.” He also recalled the question of refugees and the banishment of Christians, synonymous with a “weakening of their presence, yet a sign of diversity and moderation in the region.” The Prime Minister did not fail to mention “acts of anti-Christian terrorism committed in Israel” and the problem of Christian schools experience in the country. He assured the Patriarch of his desire to “perpetuate historic partnerships” with particular schools, seminaries, or through the presence of French volunteers in the country.
Alongside the Patriarch, the Prime Minister assured that France is conscious of having “inherited a special responsibility to history,” making mention of forty French Latin Catholic communities in the Holy Land that enjoy the protection of France.

The French initiative, “modestly and patiently,” continued the Prime Minister, aims to “pick up the thread of dialogue between Israelis and Palestinians.” Mr. Valls, who presents himself “a friend of Israel”, recalled how “the continuation of settlements ruins the establishment of a viable Palestinian state, when there is only one solution: two states for two peoples.”

On the eve of the Paris Conference, the Prime Minister and the Patriarch reaffirmed the importance of the negotiations. On June 3, representatives of the five powers of the Security Council will meet in Paris to restart talks. Even if Israeli Prime Minister Benjamin Netanyahu has expressed his disagreement with this international conference, Manuel Valls reiterated it “will go ahead” and endeavor to resume a direct dialogue between the parties (Israeli and Palestinian), first in their absence to break the impasse in the “relationship of the weak with the strong.” A second conference will be held later with the two parties present. 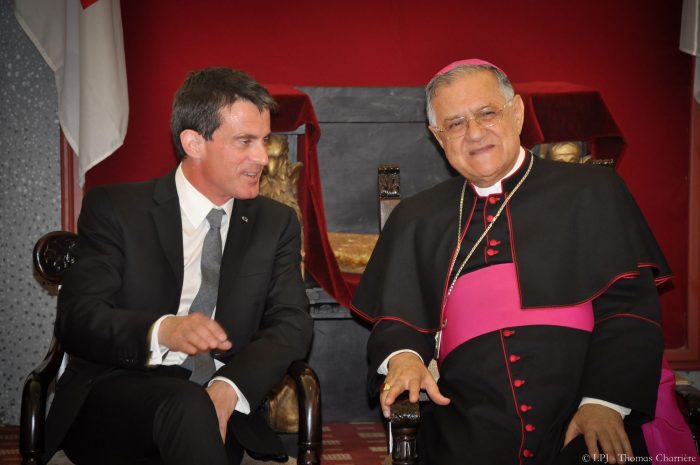 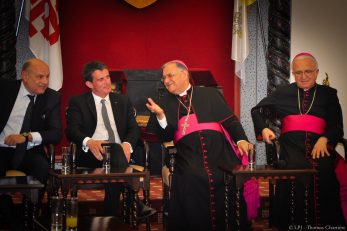 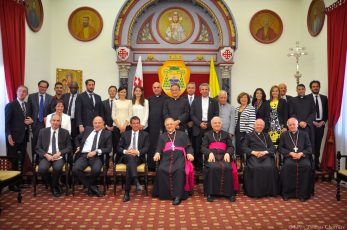 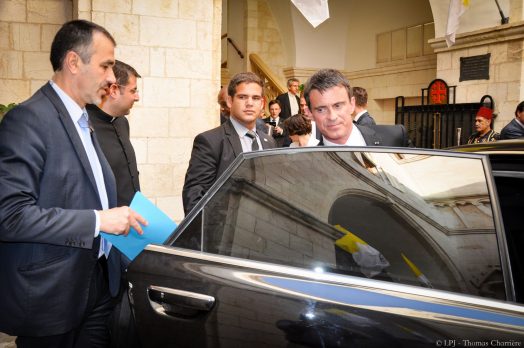 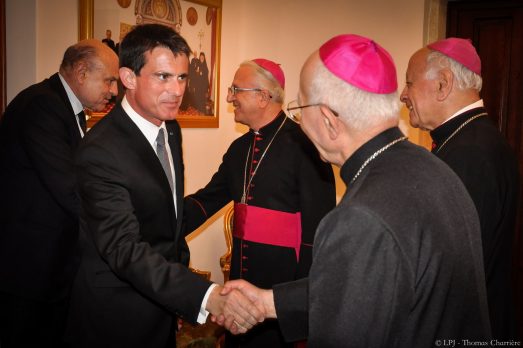