“St. Mariam Baouardy was known for her humility, honesty, love and obedience to the Holy Spirit”

Previous Next
“St. Mariam Baouardy was known for her humility, honesty, love and obedience to the Holy Spirit”

BETHLEHEM – On Friday, August 26, 2016, a solemn Mass was celebrated at the Carmel in Bethlehem, on the occasion of the second feast of St. Mariam Baouardy or Mary of Jesus Crucified.

The Mass was presided by Most Rev. William Shomali, Patriarchal Vicar of Jerusalem and Palestine, and was concelebrated by His Excellency Giuseppe Lazzarotto, Apostolic Nuncio in Israel and Delegate for Jerusalem and Palestine, Archbishop Antonio Franco, with the participation of priests, men and women religious, some of the of the Latin Patriarchate seminarians and the faithful.

In his homily Bishop Shomali said, “Saints can be described as the living ones who dwell among us and from whom the light of Jesus emanate. They are living role models in our parishes. They live for us and set a good example for all and without them, our lives would’ve been more difficult.”

The Patriarchal Vicar continued to draw on the good example that St. Mariam Baouardy sets for people, “St. Mariam was known for her humility, honesty, love and obedience to the Holy Spirit”. Talking about her humility, he said, “Our Saint grew up with no money, education or earthly beauty. She wasn’t educated and even her Arabic was weak. Nevertheless, she possessed rich spiritual characteristics that made her a unique person. She wasn’t a strong person but with the power of her prayer she changed the world. She wasn’t a scientist or an inventor but her obedience to the Holy Spirit enabled her to establish two Carmelite monasteries.”

He concluded, “We need to ask the for intercession and help of St. Mariam Baouardy for Bethlehem in order for it to stay as a city of peace and fraternity with its religious and political components.”

After the Mass, all were invited to share refreshments and a time of joyful fellowship.

St. Mariam Baouardy was beatified by St. John Paul II in 1983 and was canonized with St. Marie Alphonsine Ghattas on May 17, 2015 in Rome by Pope Francis. In addition to the Bethlehem monastery, she founded another one in Mangalore, India. 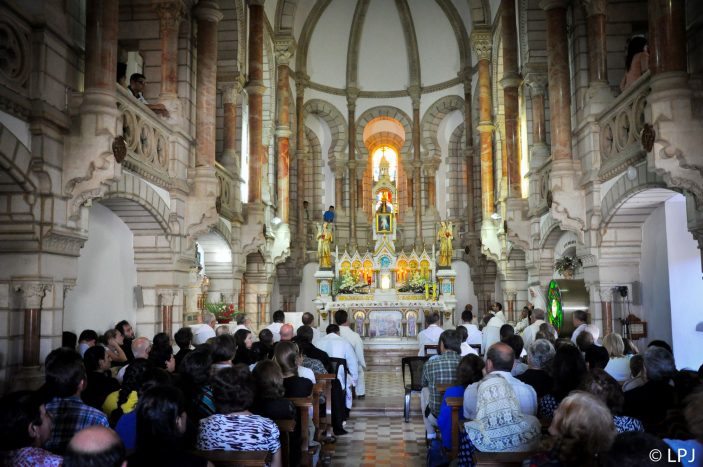 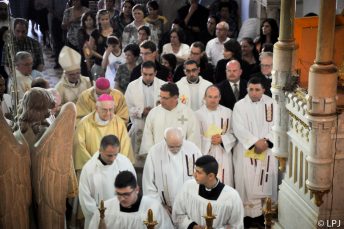 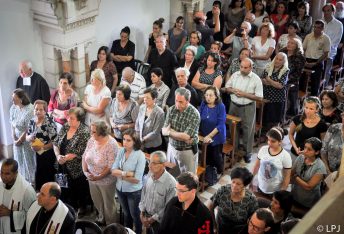 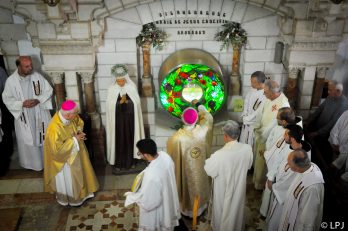 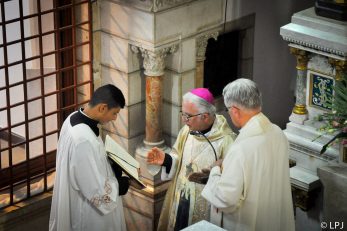 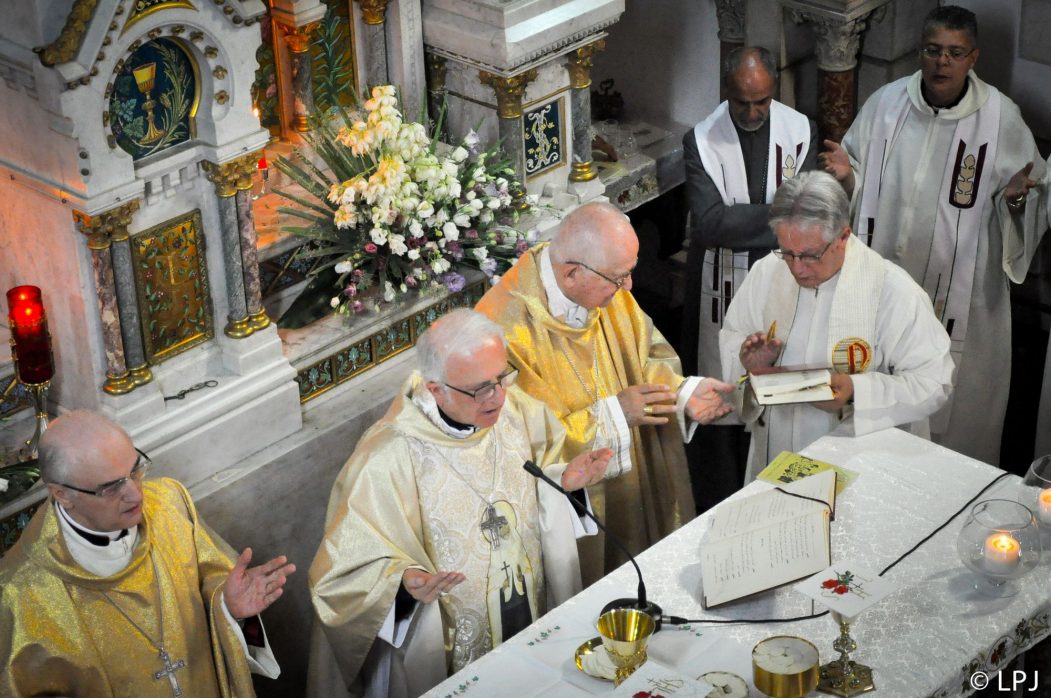