Previous Next
Iraq’s decision to shut down IDP camps too hasty, NGOs say.

Aid workers say lives of some 240,000 IDPs at immediate risk without a clear plan for the closure of the camps or for the future of residents.
Al Jazeera Staff
International aid agencies have criticised Iraq’s decision to close several camps for internally displaced people (IDPs), saying the order is “too rushed” and did not ensure proper coordination between local and national authorities.

According to the Norwegian Refugee Council, there are at least 240,000 IDPs – forced out of their homes during the battle with the ISIL (ISIS) armed group – across various

Jan Egeland of the Norwegian Refugee Council said the Iraqi government is keen to shut down the camps as “they don’t want institutionalised camps”, adding that the most vulnerable IDPs are women and children.

“No one likes refugee or displacement camps. We also want these people to return and find a safe haven,” he told Al Jazeera, speaking from Oslo.

“[These] are women and children – the most vulnerable – and they have no place to go.”

There is “no home waiting for them, no building, no water, no sanitation, [and] no school for the children”, he said.

“So this has to be better planned, and it has to be voluntary and safe return or relocation elsewhere.” 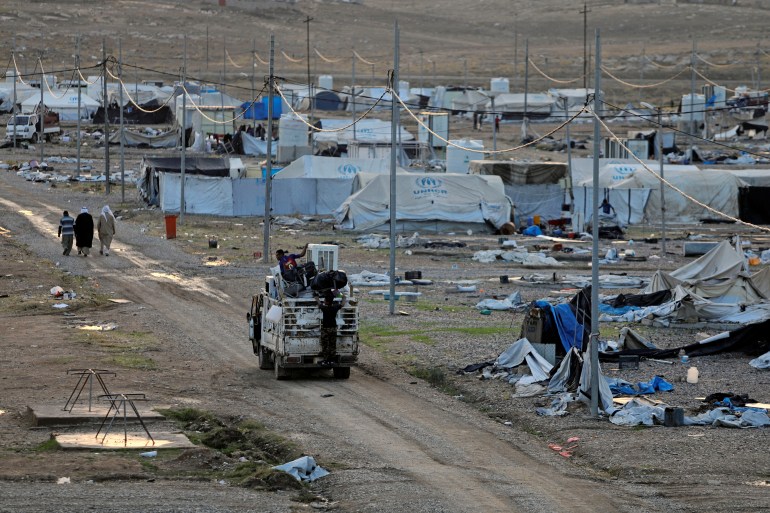 Displaced Iraqis being evacuated from Hammam al-Alil camp south of Mosul, Iraq [Abdullah Rashid/Reuters]
According to Khalid Abdulamir Ismail, an official with the Iraqi ministry of migration and displacement in the northern Nineveh province, the government issued the order to shut down “the issue of displacement”.

“Out of the 1,830 families in Hamam al-Alil camp, 1,565 have returned back to their homes, and the others have been transferred to Jeddah camp,” he told Al Jazeera.

“The ministry of migration, in cooperation with international organisations, will work on the provision of infrastructure in their areas of return,” he said.

Najm Al Jabouri, the governor of Nineveh province said it will be “very difficult for some of the families to return home”, adding that some of them “can be absorbed in the large cities, and some cities may accept them”.

Meanwhile, Iraqi families who had its members involved with the ISIL are facing obstacles from the tribes in their bid to return home.

“ISIL families cannot return to their area, to their homes,” said Zaal Latif al-Jabouri, a tribal leader in Qayyarah. “The reason is that ISIL was involved in bloodshed and [its members] wanted by every single house.”

“Until now, we have not agreed for them to return because that will cause problems. It’s a matter of blood [retribution]. Nobody can guarantee their safety,” he said.

Saada Mohammed Obaid, an IDP from Qahira village in Sinjar whose husband joined ISIL and is presumed dead, called on the tribal authorities to “have mercy in their hearts”.

“The tribes have to put themselves in our shoes. Yes, some people made mistakes, but don’t kill the child due to the crime of his parents,” she said.

“I ask all the tribes in the name of all families to consider our situation and that of our children.” 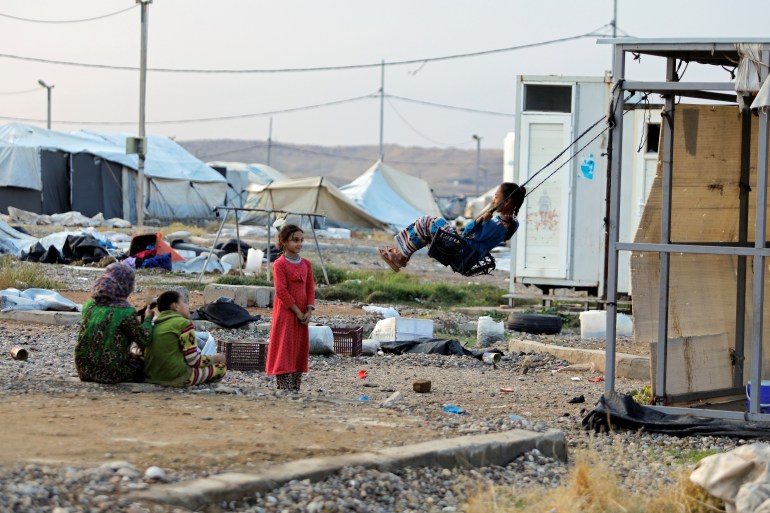