50th anniversary of the Tantur Ecumenical Institute in Jerusalem

Previous Next
50th anniversary of the Tantur Ecumenical Institute in Jerusalem

It was Mgr Adolfo Yllana who opened the celebration with a congratulatory message from the nunciature and the Vatican, followed by a series of speeches that covered the historical foundation of the institute, Tantur’s mission in initiating ecumenical dialogue, and its contribution to the local community.

In January 1964, Pope Paul VI – called “the Pope with a big heart” by Greek Patriarch Athenagoras I – went to the Holy Land for his first pastoral visit. There, he established four institutions: Bethlehem University, the Effeta institute for deaf children, Abraham’s House, and the Tantur Ecumenical Institute, which all focus on fostering ecumenical and interreligious dialogue.

One of the key missions behind the programs offered at the Tantur Institute is to foster unity and harmony between the  different Christian denominations. Fr. Frans Bouwen, M.Afr, president of the Latin Patriarchate episcopal commission, highlighted in his speech the achievements of the institute in initiating an ecumenical dialogue between Christians from diverse denominations through their programs, which help the participants gain a deeper understanding and appreciation for people’s faiths, traditions, liturgies and pieties, enabling them to see their differences as added riches to their faith.

The institute acts as a place allowing people to explore the history, origin and faith of the three Abrahamic religions of the Holy Land. In his speech, Mgr Shomali spoke about the successful implementation of the mission and vision of the institute in the Holy Land, saying that “this is the mission of the Holy Land; to be a place of dialogue and conviviality between its different people and religions.” As if to echo his words, the celebration concluded with institutional highlights from the past 50 years. 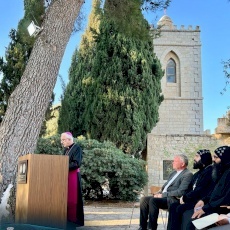 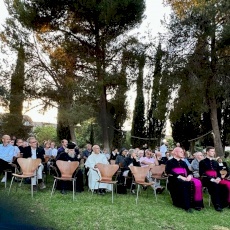 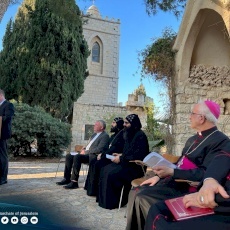 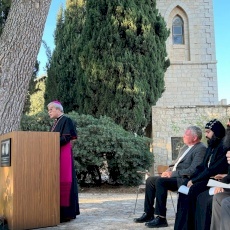 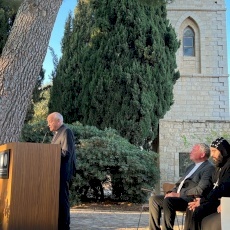