Priestly Cenacle in Jerusalem: a time for priests to gather and pray together

Previous Next
Priestly Cenacle in Jerusalem: a time for priests to gather and pray together

JERUSALEM – Since September 29th, 2022, diocesan and religious priests from all over the diocese have been sharing a time together the last Thursday of every month – an initiative opening doors to a reinforced dialogue between the clergy.

Listening. The word around which Pope Francis’ synod is built, a word that was immediately translated as “priests listening to the laity”. But what about “priests listening to priests”? That’s the idea behind the “Priestly Cenacle”, a recent initiative of Fr. Benedetto Di Bitonto, a priest of the Latin Patriarchate of Jerusalem.

“The main idea is to foster prayer among us priests, because sometimes, as we are so busy doing things with other people, helping them pray, getting them closer to God… we have no time left for our own personal prayer.” Sitting in a small room of the House of Saint Simeon and Saint Anne, Fr. Benny explains his idea. It’s been on his mind for a year, after he read a book about priesthood suggesting to organize “cenacles” for priests. He finally decided to give it a try this year, after discussing the idea with His Beatitude Pierbattista Pizzaballa, Latin Patriarch of Jerusalem, then with Fr. Piotr Zelazko, Patriarchal Vicar for the Saint James Vicariate. “I really believe that if we priests don’t dedicate enough time to personally encounter Jesus, our spiritual life will wither out and we will have nothing to give to others.” 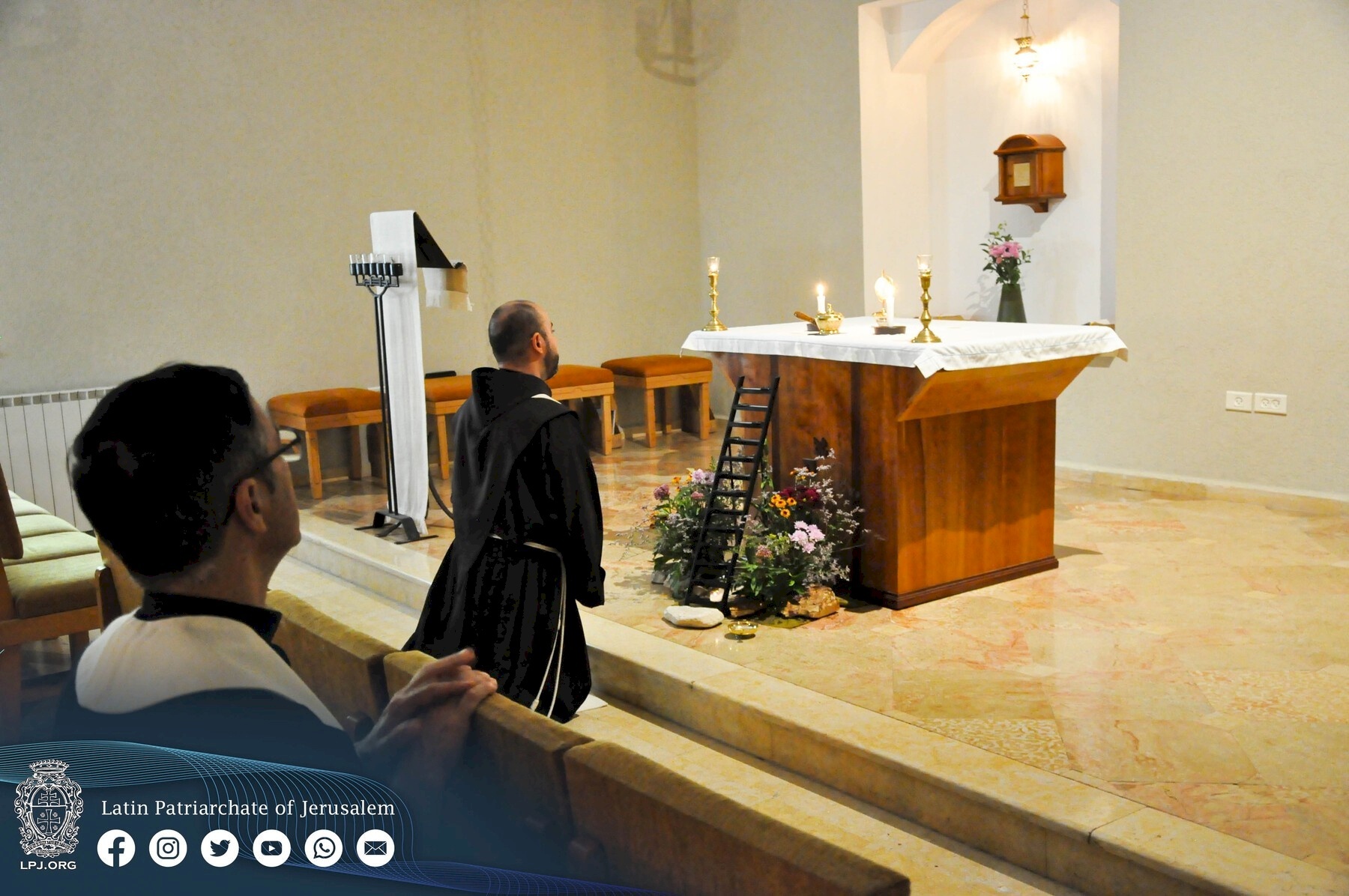 Praying in Latin together

The objective of this Cenacle is also to create a community; something that is sometimes missing in priests’ lives. “If you don’t belong to an order or a congregation, you spend most of your time alone. So I think that it is important to pray together as brother priests,” says Fr. Benny. “This is why I asked all of the participants to wear the stole. They don’t need it to pray, but I asked them to put it on as a sign of praying as a priest, in union with all other priests in the world, especially those who, no matter the reason, cannot pray.”

The program of this Cenacle is simple: Liturgy of the Hours then Adoration, followed by a fraternal meal. “We simply share some food after the prayer, to allow ourselves to discuss and to get to know each other,” explains Fr. Benny. “Of course, the initiative started a month ago, so we have yet to form a true community, where people feel comfortable enough to share their difficulties or more personal issues… but I hope it’ll come in the future.” 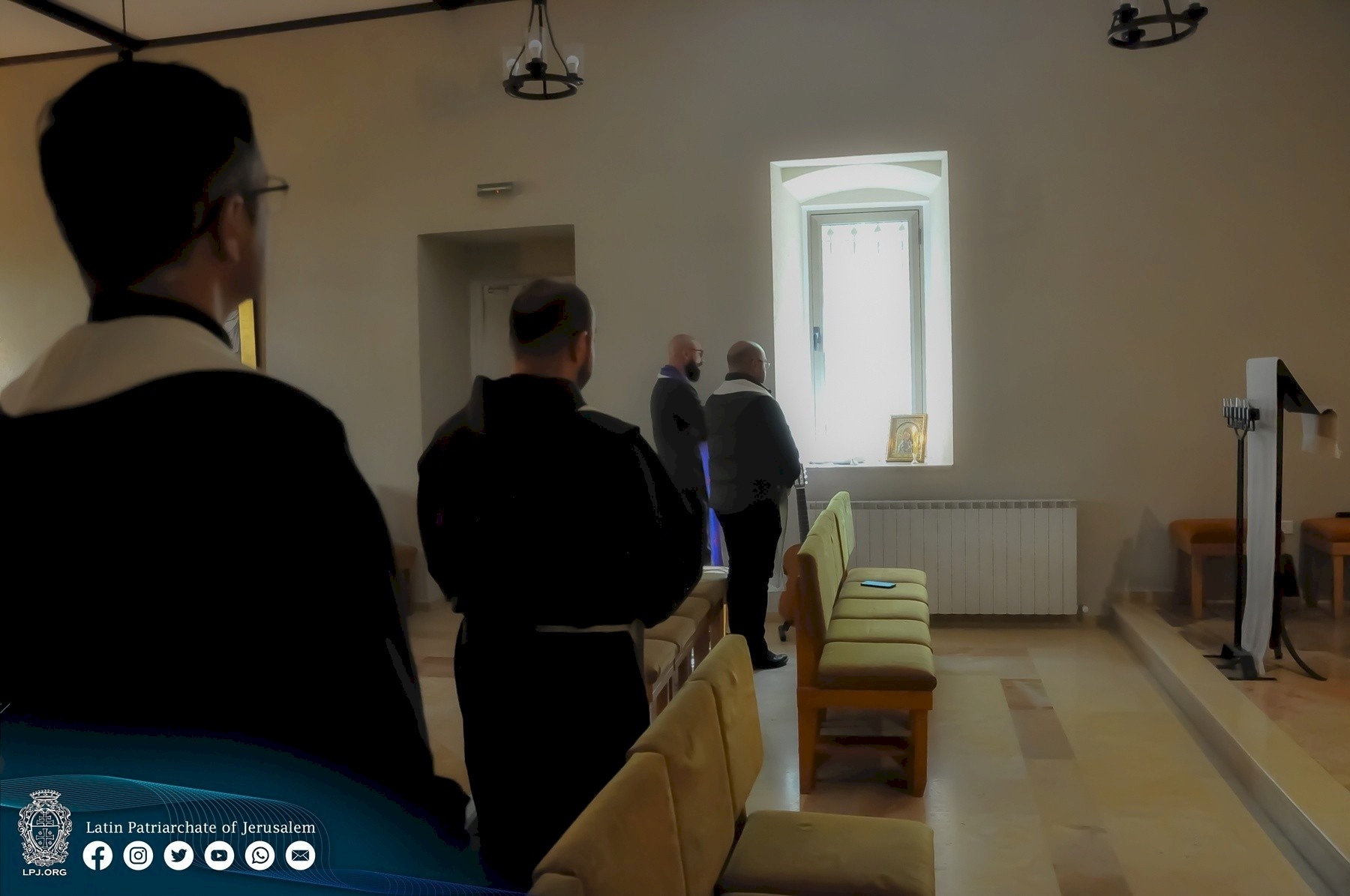 During the prayer, priests also have the possibility to confess.

“Finding time to pray, especially with other priests, can be very difficult,” Fr. Tiago Rangel Cardoso, a priest belonging to the Our Lady of Zion congregation in Ain Karem who participated in the second Priestly Cenacle. “To dedicate a couple of hours to worship Christ together is a great opportunity for all of us. This Cenacle also allowed me to meet other priests, as most of us are spread all over the diocese, and don’t get to meet very often.”

For Fr. Cristóbal Vilarroig, a Legionary of Christ studying a doctorate at the Ecole Biblique and Archéologique de Jérusalem (EBAF) and living at the Notre Dame Center of Jerusalem, this meeting on Thursday was the very first one. “It brought me a time of silence, which was much needed,” he says. “I’m always involved in so many things… this time dedicated entirely to the Lord allowed me to rest and to refocus on my relationship with Him.” 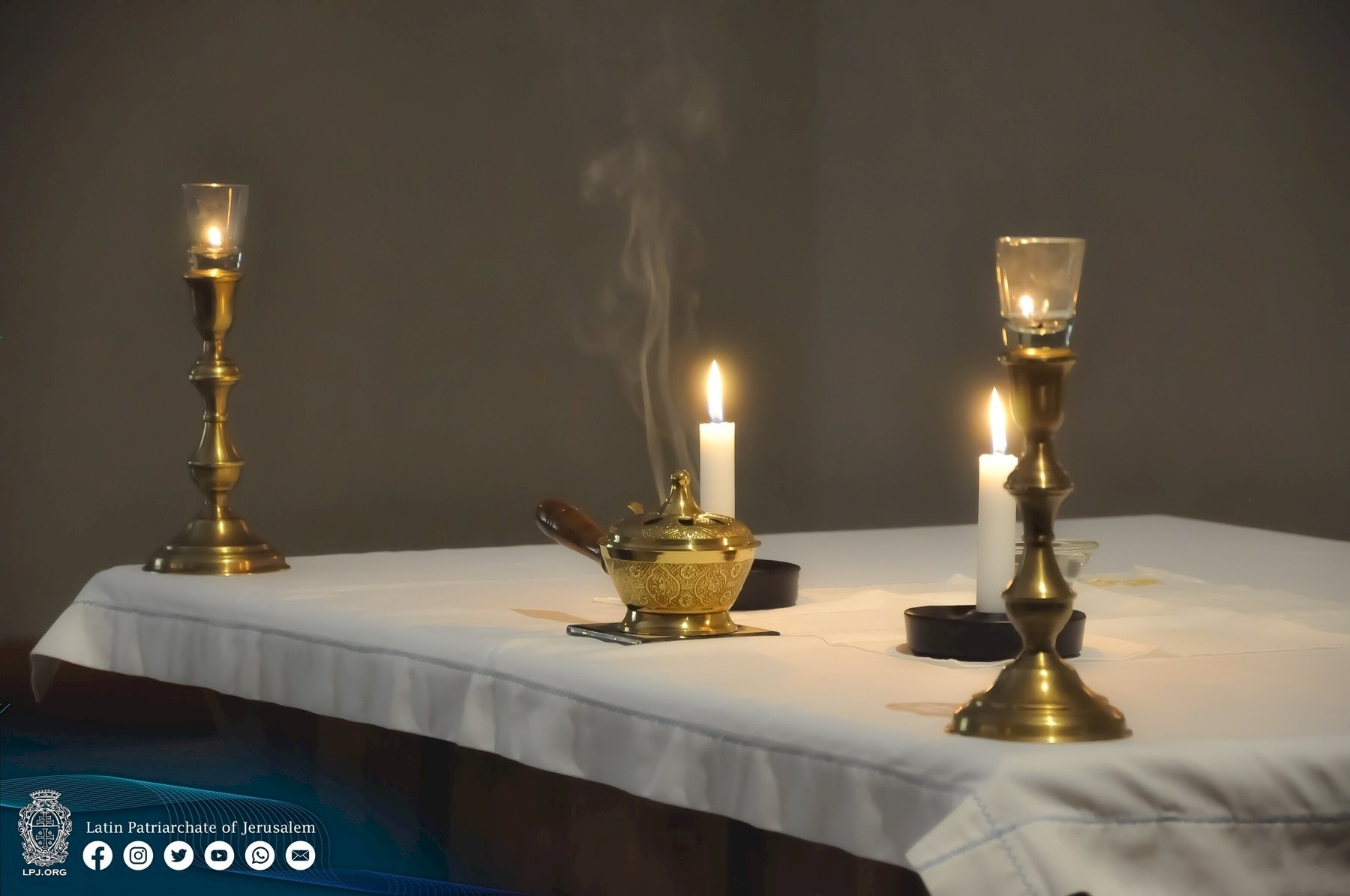 This Priestly Cenacle takes place in the House of Saint Simeon of Saint Anne, not far from the Old City of Jerusalem.

“Busy lives and a lot of tasks are our everyday routine,” agrees Fr. Alberto Pari, a Franciscan father of the Custody of the Holy Land who’s been in the country for sixteen years. “We don’t have many occasions to have a time of silence, prayer and sharing, especially as priests. So when I heard about this Cenacle, I was very willing to give it a try. It’s not easy to make ourselves available for this time, but it’s definitely worth it. And I hope more priests will come in the future; as a Franciscan, most of the priests I know are Franciscans. I would love to meet others through this Cenacle.” Secretary-General of the Custody and Director of the Magnificat institute, Fr. Alberto is also responsible for the communication and interfaith dialogue.

“Praying together and sharing some time together as priests is a precious thing to me as well,” concludes Fr. Mauro Evangelista, a student at the Custody who came for the first time. “I hope I’ll be able to come to the next ones.”