Suffering and Consolation in The Parish of Gaza

Previous Next
Suffering and Consolation in The Parish of Gaza

GAZA – On February 26, 2014, the Church of the Holy Family Catholic parish suffered a serious attack by unknown assailants. Subsequently, there were many and heartfelt expressions of solidarity and sympathy by the Church and the local authorities.

Around midnight on February 26, the feast day of St. Porphyry, unidentified assailants placed an improvised explosive device in the Churchyard of the Holy Family Parish of the Latin Church in Gaza. The explosion awoke thepastor, Fr. Jorge Hernandez, who immediately extinguished the initial fire that was developing near his car. The suspects also scribbled some writing on the facade of the Church.

Overall, the damage is modest. From the initial police investigation it seems that the perpetrators are not skilled people, but criminals who wanted to make a statement. The explosive was not placed near the Church door but on the side of the churchyard and the words did not desecrate the Cross that stands out in plain sight on the building.

The event, however, has deeply shaken the small Christian community, and, in particular, the religious sisters who reside in the parish. The coexistence of Christians and Muslims in the Gaza Strip has been peaceful, for the most part. Apart from some rare episodes, there were no serious events of intolerance and persecution in the past. However, the balance is delicate, and any false or hyped news can endanger the lives of people.

The Pastor, concurring with the Latin Patriarchate, did not want to give too much prominence to the news, in order to protect the community from further similar actions. The social and economic situations in the small and densely populated Gaza Strip are sorely tested by the siege, which has lasted for too many years, and by the almost-total closure of the checkpoints with both Israel and Egypt.

In the days following the attack, the highest civil and religious authorities and a number of delegations visited the parish to show their solidarity and closeness to Christians and to firmly condemn this deplorable act of intimidation.

On Sunday, March 2, 2014, Father Humam Khzouz, general administrator of the Latin Patriarchate, on behalf of Patriarch Fouad Twal and the whole Church in Jerusalem, visited the parish of the Holy Family. He celebrated the Sunday Mass and stopped for a long time to talk to parishioners, as well as with the religious sisters and official representatives, who continued to visit the pastor, Fr. Jorge.

The life of the parish – the schools, the sacred liturgies, the youth club, family visitations, and welcoming guests – immediately resumed normalcy, with the strength and enthusiasm that characterizes our beloved Gaza Christians. A young couple’s engagement and the birth of a child, Julia, are some of the more beautiful and strong signs of the witness that bring comfortto the Christian family, despite the hardships to which they are subjected.

Article and photos of our correspondent in Gaza, Andres Bergamini. 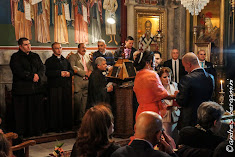 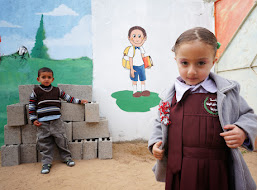 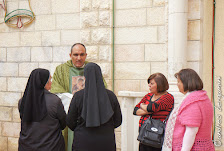 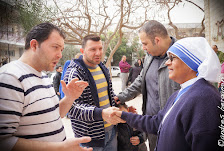 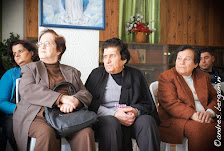 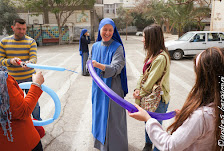 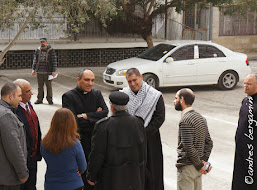 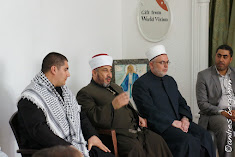