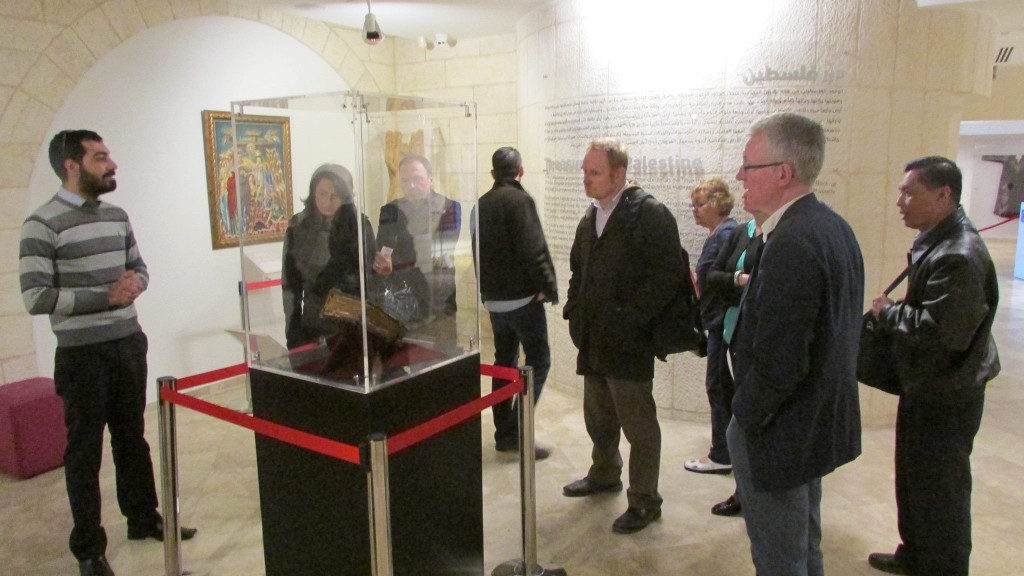 The GTC and the Scottish group touring the Museum

Bethlehem, Palestine – On December 12th, 2015, a local mental health center, Guidance and Training Center for the Child and Family (GTC), along with an affiliated  group of Scottish psychology professors, visited the Bethlehem Museum. The Scottish professors are working with GTC to train local psychologists and counselors in Palestinian schools and hospitals to improve the delivery of mental health services. The group took a tour of the Museum and was fascinated by the intricate architecture of the Roman Aqueduct currently on display. They were also impressed by the mother-of-pearl and olive wood handicrafts, which reminded them of Scottish crafts. 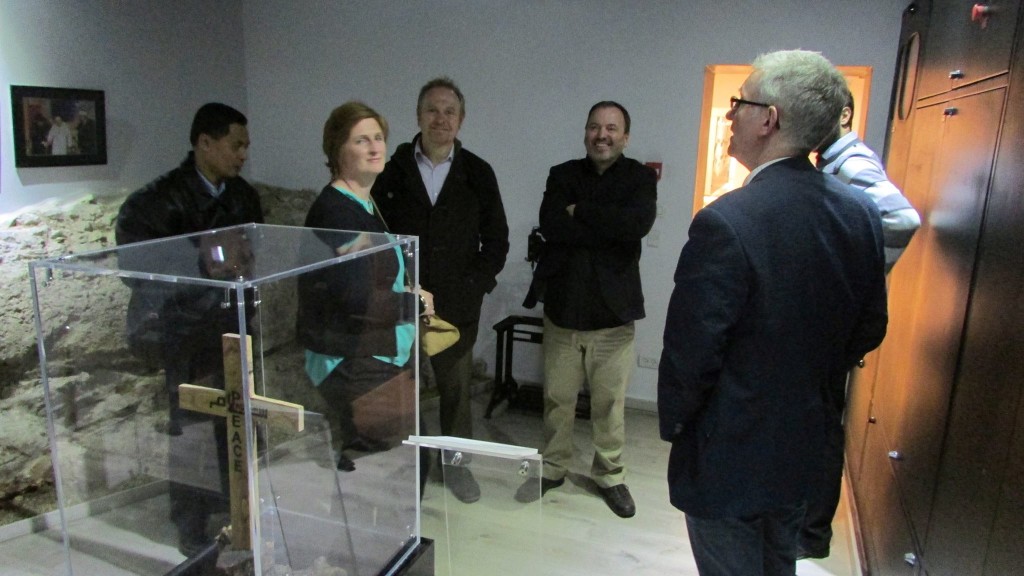 The group discussing the exhibits

Photographs in the Museum’s Living Stones exhibit also caught the group’s attention. The photographs depict scenes of Bethlehem during Ottoman and English rule, highlighting the impact these two regimes had on the Bethlehem community. The group commented that the photographs reminded them of the First War for Scottish Independence against the English. The group was also impressed by the Museum’s film archives, which document life in Palestine under the British Mandate between 1937 and 1943. 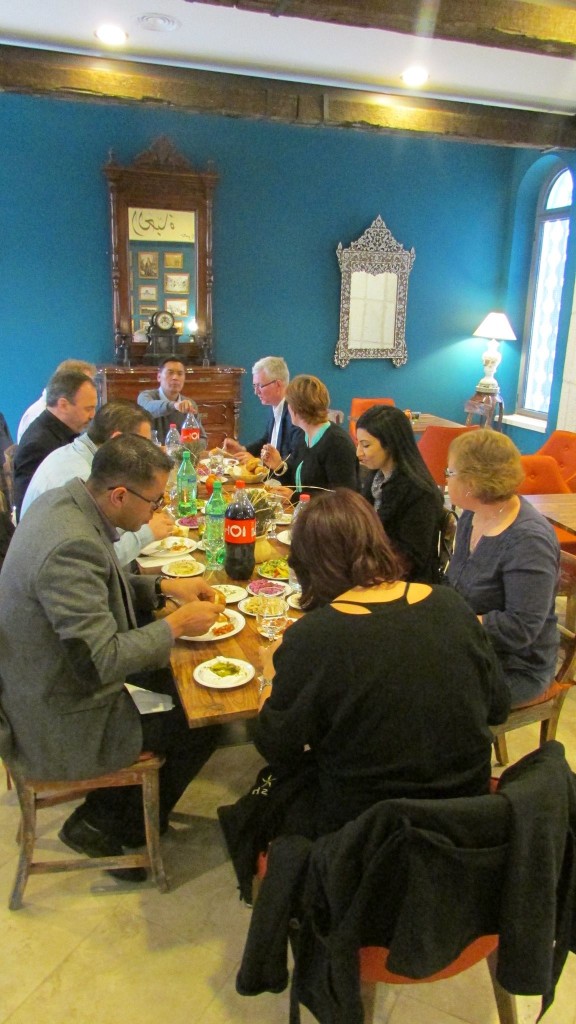