Previous Next
What Christmas looks like in Baghdad this year 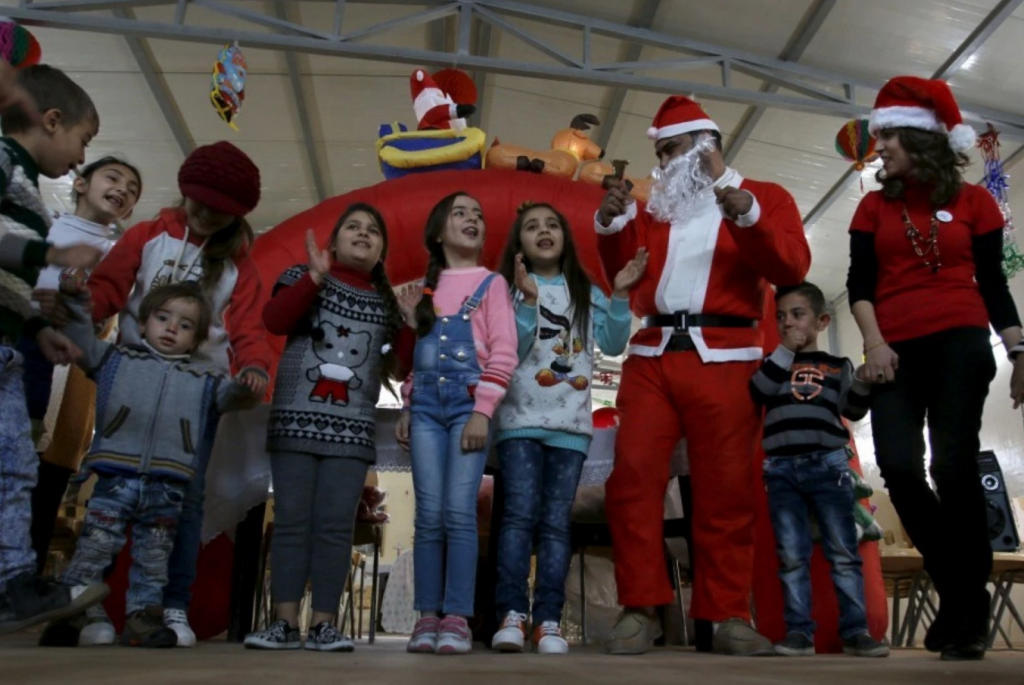 In a bid to show solidarity with Iraq’s embattled Christian minority, local authorities in Baghdad have put on an official Christmas celebration this year.

Fireworks have been set off over the Tigris in Baghdad every night this week in celebration, and refugees at local camps have been receiving visits from Santa Claus, Reuters reports. A Christmas tree, said to be the biggest in the Middle East, has been installed in an amusement park in the city.

It’s feeling festive in #Baghdad as the biggest Christmas tree in the Middle East has been put up in Al-Zawra Park https://t.co/jGBJaJBZRu

The move comes amid increasing concern that Christianity in the Middle East is facing an unprecedented threat from religious extremism and sectarianism. “In some areas of the Middle East where church bells have rung for centuries on Christmas Day, this year they will be silent,” President Obama said in a statement released Thursday, citing Islamic State atrocities against Christians in the region.

Iraq’s Christian communities, largely made up of ethnic Assyrians, are some of the world’s oldest, with a history that dates to almost 2,000 years. For most of that time, Christians have had a relatively peaceful relationship with their Muslim neighbors and rulers, often enjoying exemption from Islamic religious law. 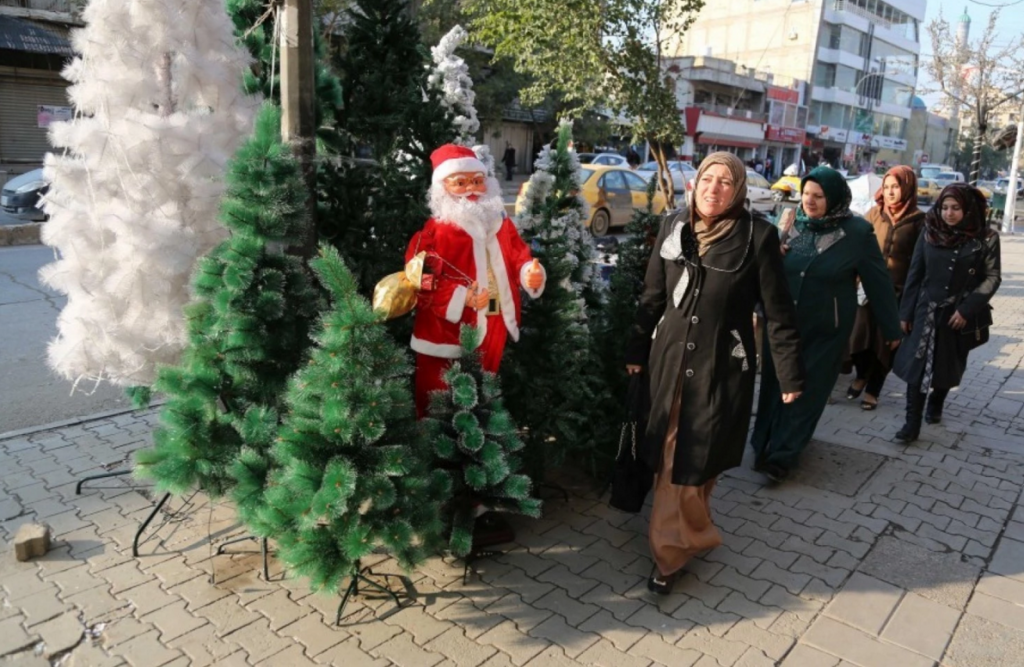 Iraqis pass by a shop selling Christmas decorations in the Karrada neighborhood of Baghdad on Thursday. (Karim Kadim/AP)

However, as the Islamic State has spread its control across northern Iraq in the past 18 months, many Iraqi Christians have found themselves risking death for their beliefs. In July 2014, the extremist group issued a decreewarning Christians in the city of Mosul that they would be killed unless they renounced their faith or paid a tax. Christians had their homes marked with red paint and their property seized. The threat has not been limited to Iraq. In one infamous video from Libya, fighters loyal to the Islamic State were shown beheading Christians.

Archbishop Bashar Warda of the Catholic Chaldean Church pleaded to Britain for military protection earlier this year, warning that the future of his community was at stake. “We don’t have much time left as Christians in this region,” he said. 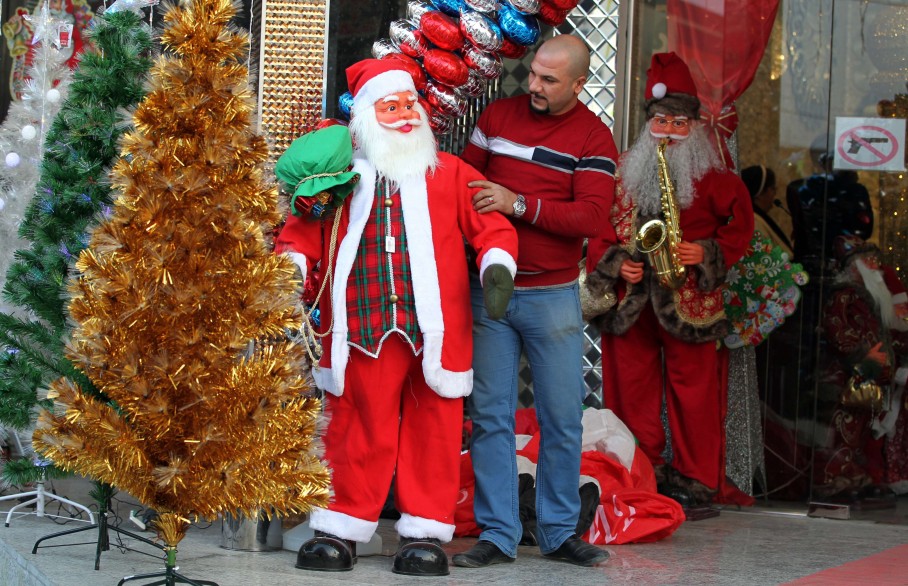 An Iraqi man displays a Santa Claus outside a shop in Baghdad’s Karrada district ahead of Christmas. (Ahmad al-Rubaye/AFP)

Although the threat from the Islamic State may be new, many Iraqi Christians say the problems can be traced back further. In 2014, Iraq’s most senior Christian cleric had warned that the Islamic State was only the latest threat to Christians in the country after a 2003 U.S.-led invasion threw Iraq into chaos. “There were about 1 million Christians in Iraq, and more than half of them have been displaced,” Chaldean Catholic Patriarch Louis Sako said. “Only 400,000 are left while displacement is still rising.” 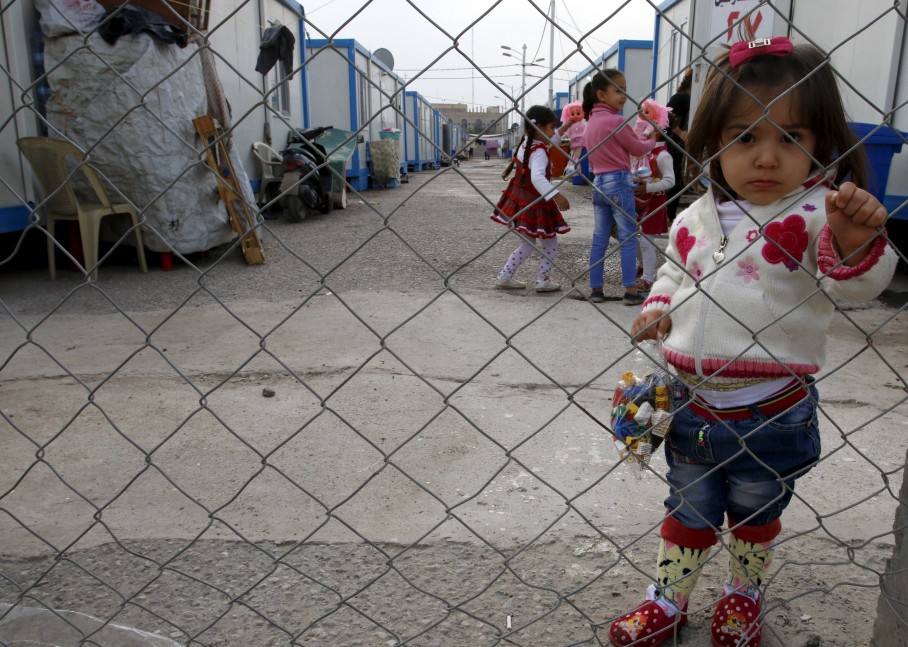 A displaced Christian child, who fled the Islamic State with her family, at Zayuna camp in Baghdad on Wednesday. (Khalid al-Mousily/Reuters)

The first official Christmas celebration in Baghdad was held in 2008, when the Iraqi Interior Ministry sponsored events in a bid to both defeat sectarianism and improve its own reputation. “All Iraqis are Christian today!” a ministry spokesperson told a CNN reporter at the time. However, increasing sectarian violence led Iraq’s Christians to cancel their celebrations the following year.