HCEF President and H.E. Metropolitan Joseph Take Important Step to Advance the Work of the Arab Christians in Support of all Christians in the Middle East

Previous Next
HCEF President and H.E. Metropolitan Joseph Take Important Step to Advance the Work of the Arab Christians in Support of all Christians in the Middle East 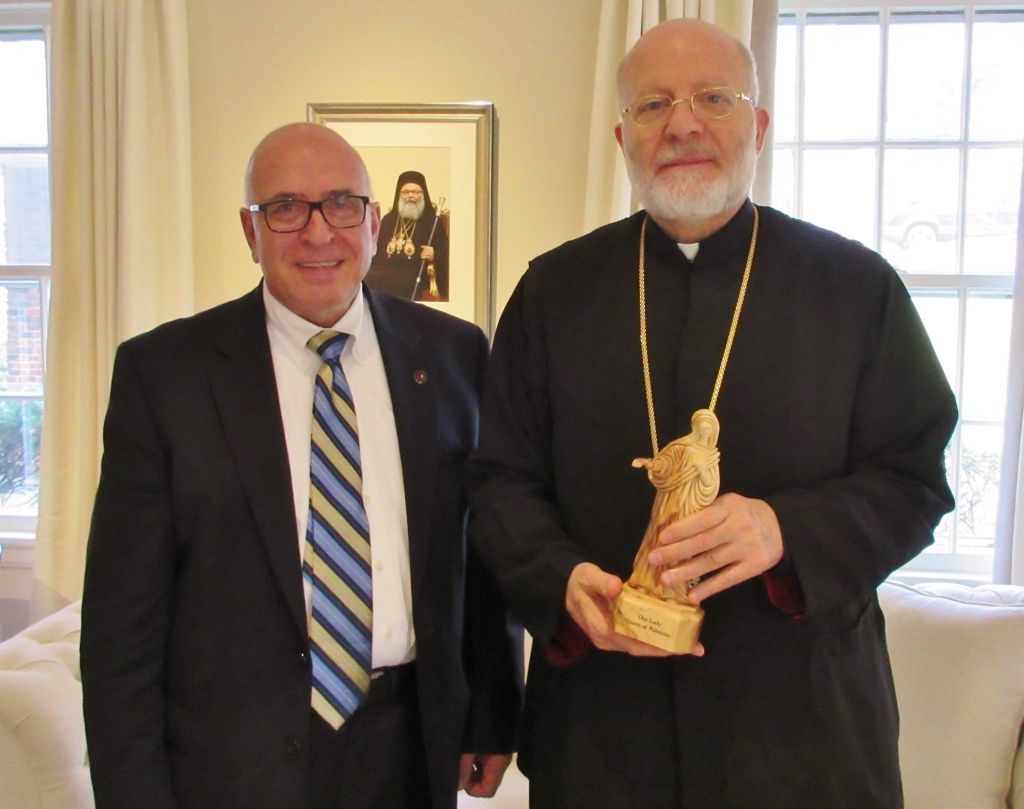 Englewood, NJ- His Eminence, Metropolitan Joseph, received HCEF President, Sir Rateb Rabie, at the headquarters of the Archdiocese of the Self- Ruled Antiochian Orthodox Church in order to discuss the plight facing all Arab Christians and the responsibilities Arab Christians in United States have to work united in support of those facing the current turmoil throughout the Middle East. The theme of unity dominated the discussion and of how the endorsement of the Antiochian Orthodox Churches throughout North America can create a tremendous impact in the lives of Arab Christians in the Holy Land, Syria and Iraq

His Eminence offered full support of the Palestinian Christians and HCEF in their mission and goals by bringing more exposure to the organization throughout his churches.

Accompanied by Dr. Saliba Sarsar, Professor of Political Science at Monmouth University and Chair of the Publication and Research Committee at HCEF and Zaina Naser, Events & Program Coordinator at HCEF, Sir Rateb discussed the significant role that the Antiochian Orthodox Churches play in growing and strengthening a network of support from the Arab Christians in the Orthodox Churches. 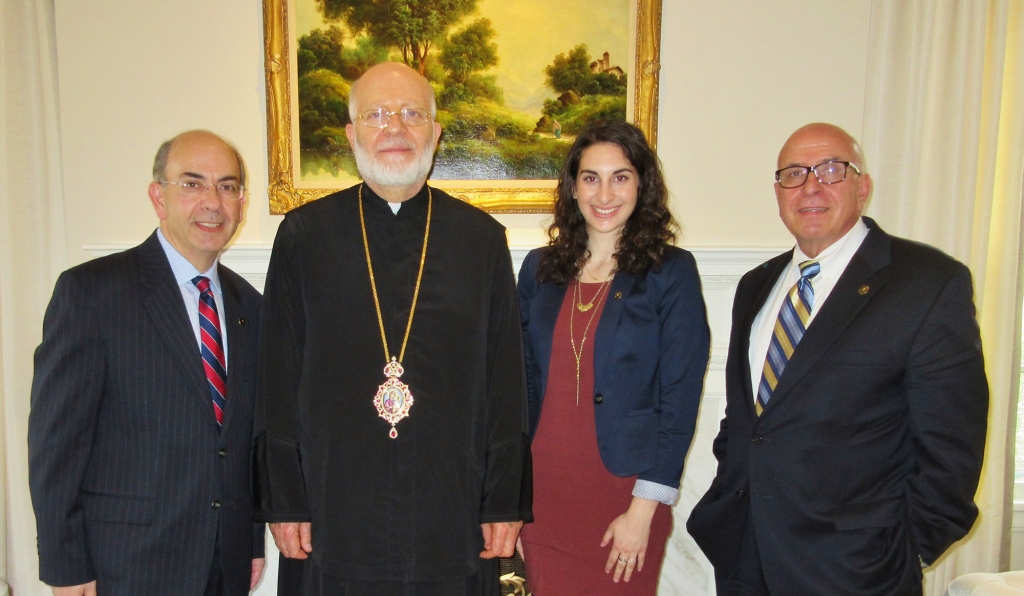 During the visit, Sir Rateb presented His Eminence with an olivewood statue of ‘Our Lady, Queen of Palestine’, handcrafted from a Palestinian Christian craftsman in Bethlehem. This gift was a true symbol of what the meeting represented, Christians coming together to support the ‘Mother Church’ in the Holy Land.  In profound appreciation, His Eminence showed great sentiment and stated his gratitude for not only the gift, but the importance of the work that HCEF is doing in Palestine. Metropolitan Joseph was eager to have continual meetings in order to further discuss strategies and to affirm the position on defending the rights of Arab Christians.

His Eminence will be accepting the Living Stones Solidarity Award on behalf of the archdiocese Antiochian Orthodox Churches at HCEF’s 18th Annual Conference on Friday, October 14th, 2016. This award will be presented to the Church for their extraordinary efforts, love, support, and stand in solidarity with the Palestinian Christians. This will be great start in the effort to expand the partnership forged between the two institutions.