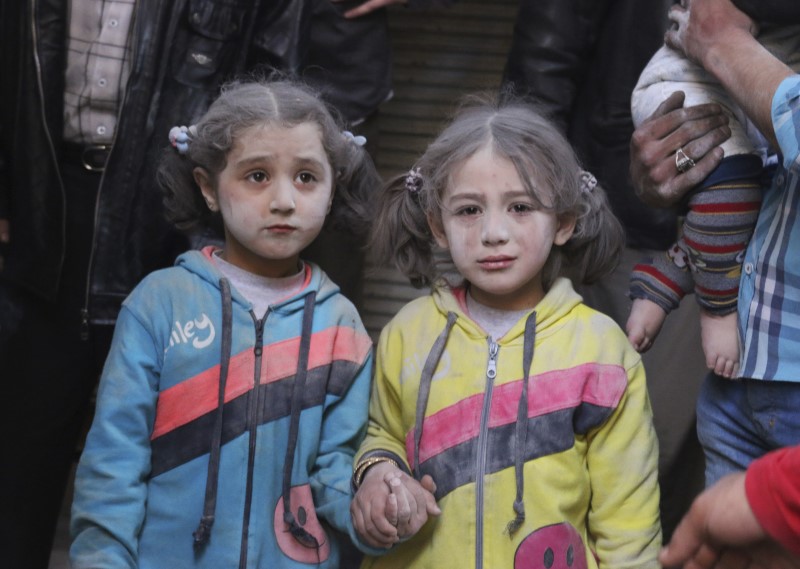 A Syrian Catholic Archbishop serving in the city of Aleppo has urged the West to refrain from taking in any more refugees and instead put more effort into finding a solution to the devastating conflict.

When asked about Canada welcoming 25,000 Syrian refugees in the past few months during a recent trip to the country, Jean-Clement Jeanbart, Melkite Catholic Archbishop of Aleppo, said such efforts are simply hurting those already suffering.

“We’re not happy when we see the Canadian government moving refugees and facilitating their integration. It hurts us. A lot,” he said, according to the World Watch Monitor.

Instead, the bishop said he wishes Syrians, especially Christians, stay in their ancient lands: “They

[the West] pity the Syrians and the Christians. But do they really know about their problems? No, I don’t think so, because if they did, they would have made efforts to end this war, to prevent it from continuing,” he said.

“More than half the city’s population left over the last four or five years,” Jeanbart said. “It [Canada] has to help them stay where they are … to find peace. And to get it [the war] over with these rebels, these terrorists, and drive both sides to talk. To find a political solution.”

He also discussed the April attack on Christian and Kurdish neighborhoods in Aleppo, which left 19 dead – including eight children – and 120 injured.

“It was awful: a bomb that the rebels deliberately launched on a Christian neighbourhood … has blown everything apart, destroyed countless houses,” including that of a 13-year-old boy, Fouad Banna, who died instantly, the priest recalled.

Fouad’s mother and father were not able to attend their son’s funeral, led by the Archbishop himself, as they were in intensive care.

“It’s a glimpse of the hardships happening back home,” said Jeanbart.

Despite such devastation, the religious leader said he has no intention of leaving his homeland: “I pray, and my prayer gives me a supplement of courage and faith,” he said.

“We will reconstruct our country. We want to build and stay,” he said, according to Catholic Philly. “We want it to be our country and stay in this country where Christianity was born, and give a testimony of Christ’s love and charity, and of the possibility to live together, as men believing in God and respectful of one another.”

Meanwhile, on Sunday, Christians from around the world united in prayer for believers in Syria, which recently saw intensive bombing that brought more devastation to the city, killing hundreds, Christian Today reports.

“We are asking you to join us in an international prayer and fasting day for Aleppo. We are refusing to see the death any more in Syria, Aleppo especially, and we are declaring the resurrection of the Christ on our beloved country,” said one Christian from Aleppo.

Added another church leader from Aleppo, “The living situation in Aleppo has become very difficult and tiring. There is no income for the majority of families in the city. Our work has never stopped, but has increased month by month. We are also working to support the people psychologically and morally, because we care about all aspects of the people.

Syria is currently at number five on the Open Doors World Watch List of countries where Christians face the most persecution.