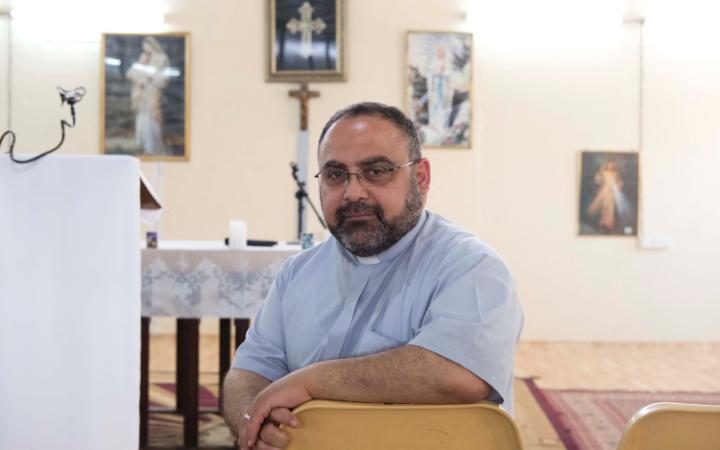 When members of Father Martin Hermis Dawood’s congregation used to ask guidance about fleeing Iraq, his advice was to be strong.

Iraq’s Christians had to stay together and hope, he would counsel, no matter how bleak the situation may look in a country stricken by sectarian violence and terrorism.

Yet the dramatic arrival two years ago of Islamic State extremists forced him to change his guidance. Now he tells his flock that if they want to leave, they should go immediately.

“I tell them one thing. If you are thinking about leaving, go now, do not wait,” the 41-year-old Assyrian priest told the Telegraph.

For many in Iraq’s ancient and beleaguered churches, the rise of the extremist Islamic State in Iraq and Levant (Isil) and its seizure of territory where Christians have worshipped for two millennia, has ended  years of equivocation. 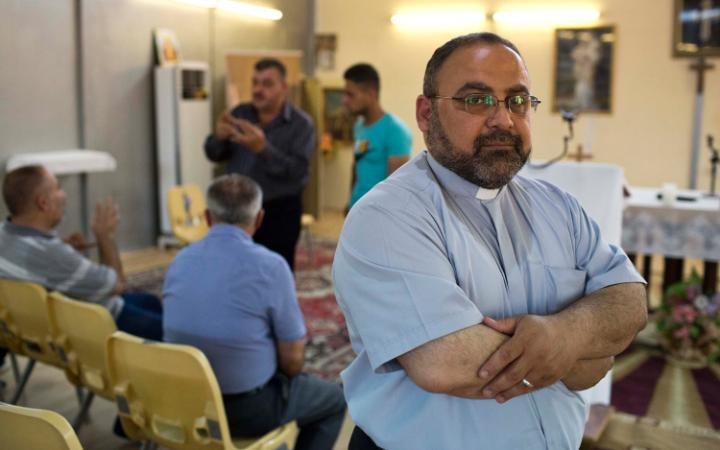 Father Martin Hermis Dawood now tells his flock that if they want to leave, they should go immediately

A gradual decline in Iraq’s Christians dating back decades has accelerated into an exodus that the priest believes will effectively end the Christian presence in his country within five years.

“Everyone sees himself outside Iraq in a few years. They have lost their hope of staying. In five years, you will see only a few families who are unable to leave, maybe a few priests.”

Christian leaders in the country estimate the population of Chaldean Catholics, Syrian Orthodox, and members of the eastern Assyrian church and others has dropped from 1.3 million people 20 years ago, to fewer than 400,000. In the past two years, the rise of Isil, also known as Daesh, has displaced more than 200,000 Christians from the northern region of Nineveh. Many are now in refugee camps in Baghdad, like the one where Father Dawood ministers to 150-odd families.

When the jihadists captured Mosul and its surrounding plain in June 2014, they gave Christian residents an ultimatum. To remain they had to convert, or pay a protection tax. Those who did not pay had to leave and forfeit homes and businesses built over generations. 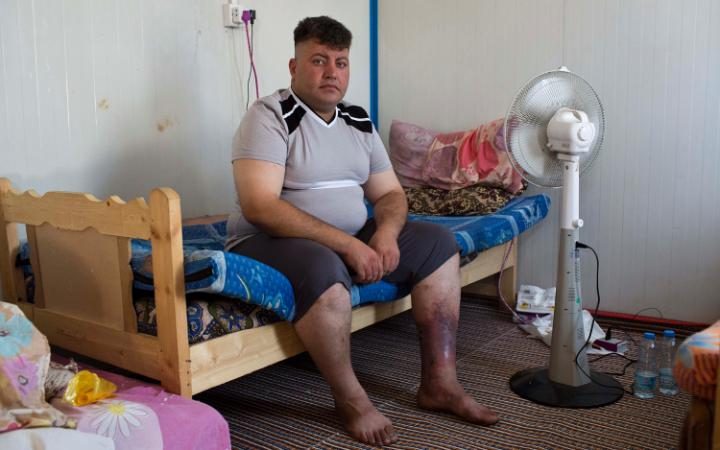 The ultimatum was often accompanied by violence. When the militants entered the town of Batnaya, north of Mosul, a group of foreign jihadists broke into Carlos Kamel Elia’s house and began tearing down the family’s icons. When the coffee shop owner said he would never convert and could not pay, they hauled him off to a local police station. Over the next six weeks they beat and electrocuted him so badly that doctors have since told him his left leg is beyond repair and should be amputated.

“I hope the government can liberate Mosul, but only so I can sell my house and coffee shop,” the 29-year-old explained. “Then I hope I can get treatment for my leg abroad.” 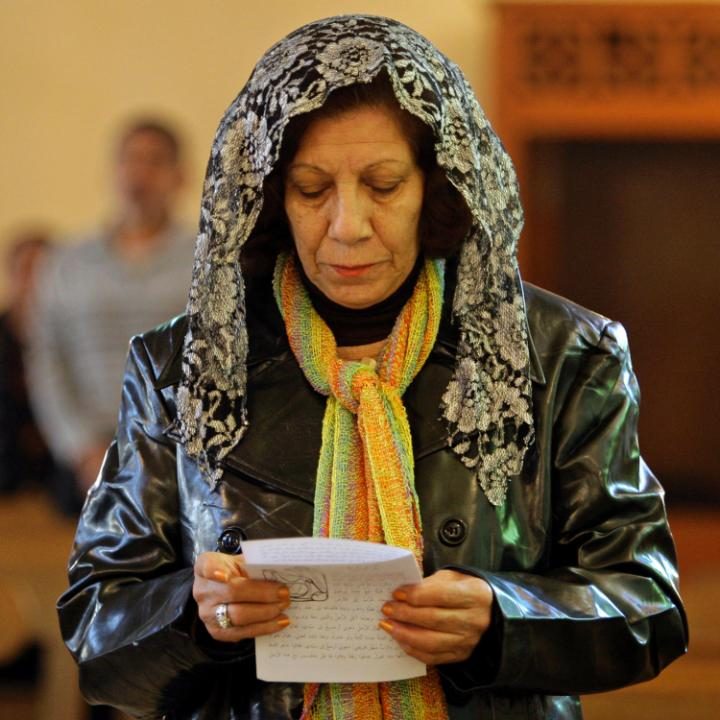 An Iraqi woman worships at the Mar Youssif Chaldean Church in Baghdad in 2009. Many Christians have left the country since then.

As the exodus proceeds, whole communities are disappearing. Churches are being bricked up as their congregations leave.

Iraq’s Christians feel caught in wider confrontation between Islamic extremism and the West, he said.

“We are in the middle, we have seen it. When newspapers published cartoons about the Prophet Mohammed, it was in Europe, but gangs tried to assault Christians here. Something happened in Belgium or in Holland, I paid here.

“We know very well that not every Muslim here is a terrorist, but there is a culture rising, not only here in Iraq, but in the Middle East. There’s a struggle happening in the whole world and we will be burned in this fire in the future.”