Sisters of the Rosary profess vows in Jerusalem

Previous Next
Sisters of the Rosary profess vows in Jerusalem

JERUSALEM – On Tuesday, August 15, 2017, the Solemnity of the Assumption, several Rosary Sisters made their vows in the convent’s Chapel of Our Lady of the Rosary at a ceremony and Mass presided by Archbishop Pierbattista Pizzaballa, Apostolic Administrator of the Latin Patriarchate.

Fifteen Rosary Sisters professed vows at a ceremony attended by many Rosary Sisters with others from various religious communities and presided by Archbishop Pierbattista Pizzaballa, Apostolic Administrator of the Latin Patriarchate of Jerusalem, placing their lives at the service of the community and the Church. Assured of the support of the Virgin Mary on this very special day of the Assumption, they made their vow of chastity that allows them to have a love that is open to all, without limits. Then, a vow of poverty by committing to possess nothing and to keep nothing for oneself like Christ and to receive everything from the Father. Then a vow of obedience to God which passes mainly through obedience to the Mother General and the rules and constitution of the religious community.

In his homily, Archbishop Pizzaballa invited the Sisters to welcome ever more within her the manifestations of the Lord. In being connected to the Gospel, the Sisters have seen and continue to see their plans transformed.

At the end of this moving ceremony, the community invited the assembly to share in the feast day meal and rejoicing with each Sister during this special occasion. 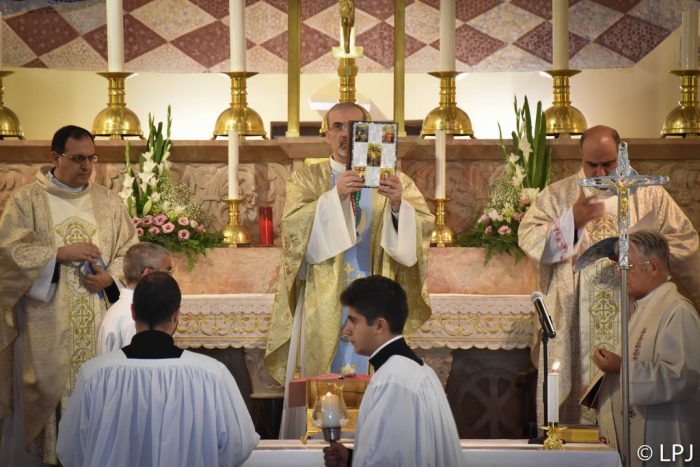 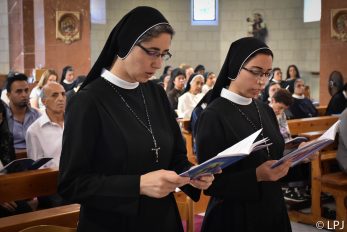 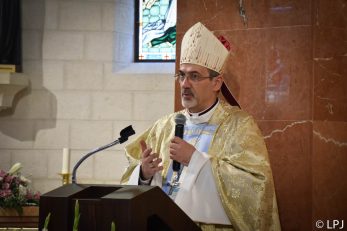 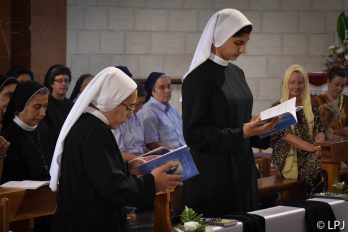 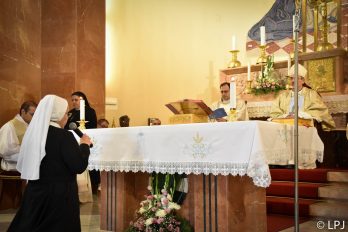 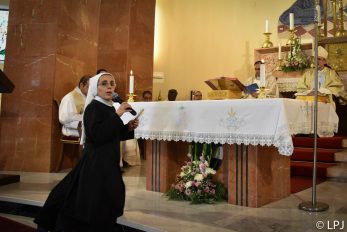 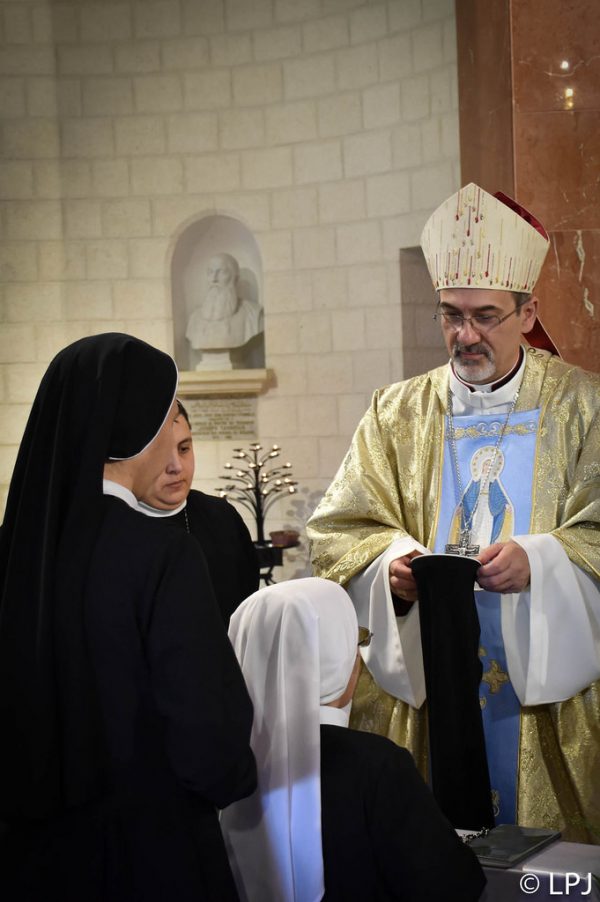 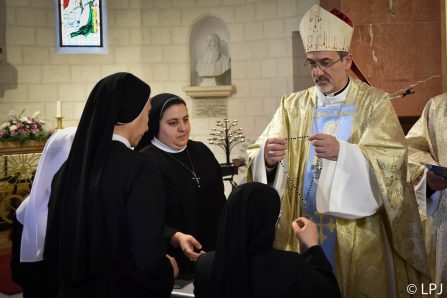 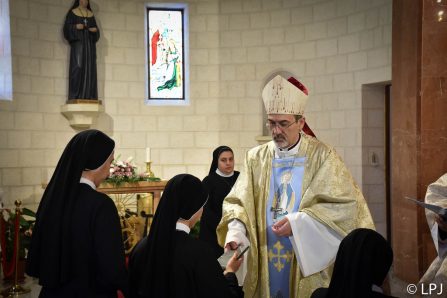 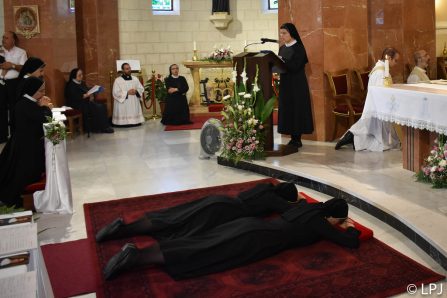 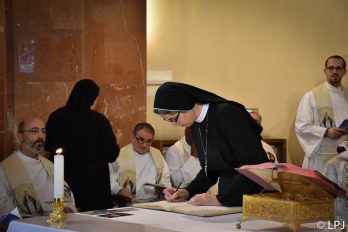 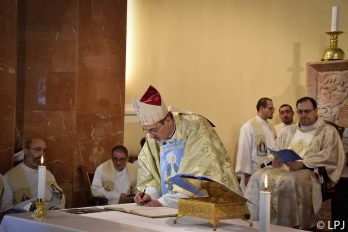 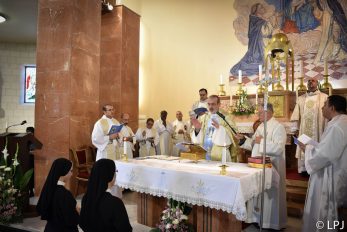 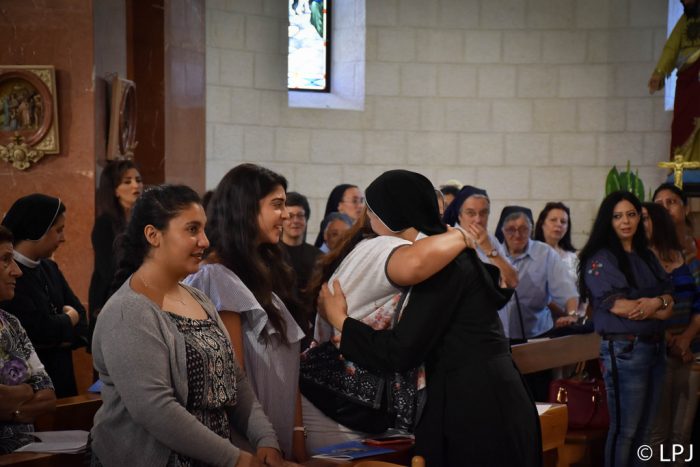 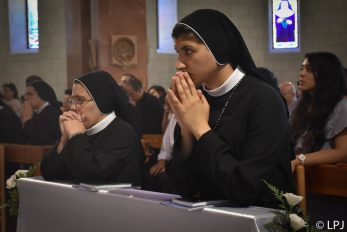 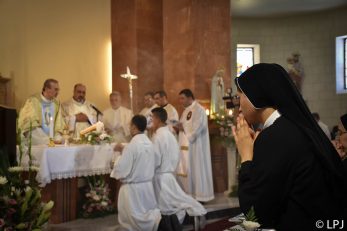 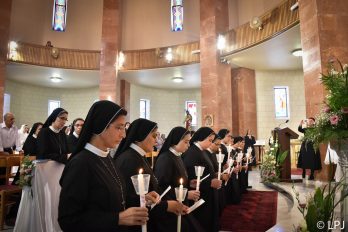 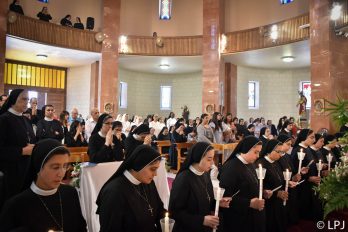 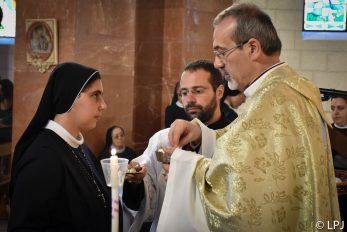 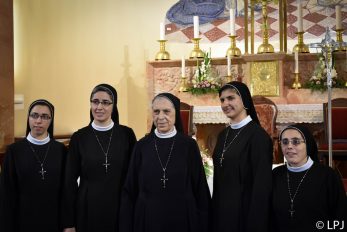 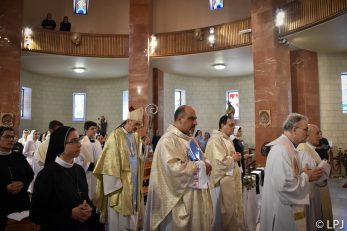 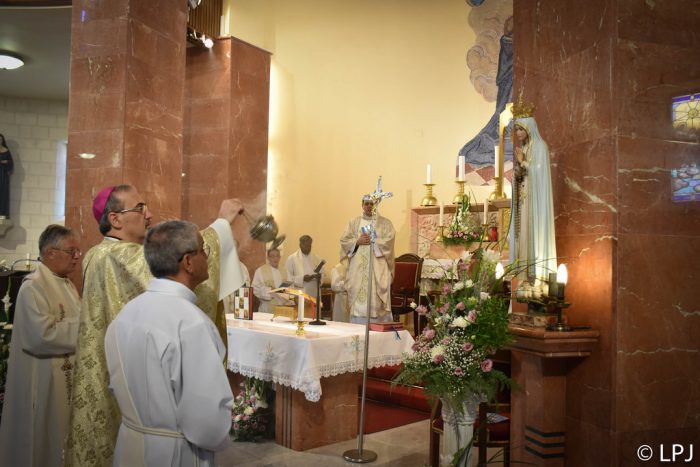 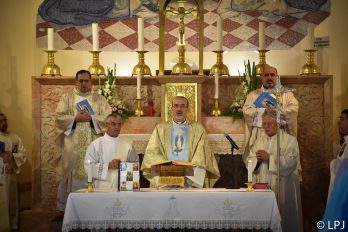 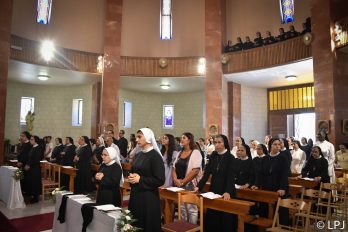 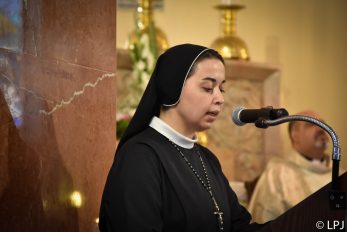 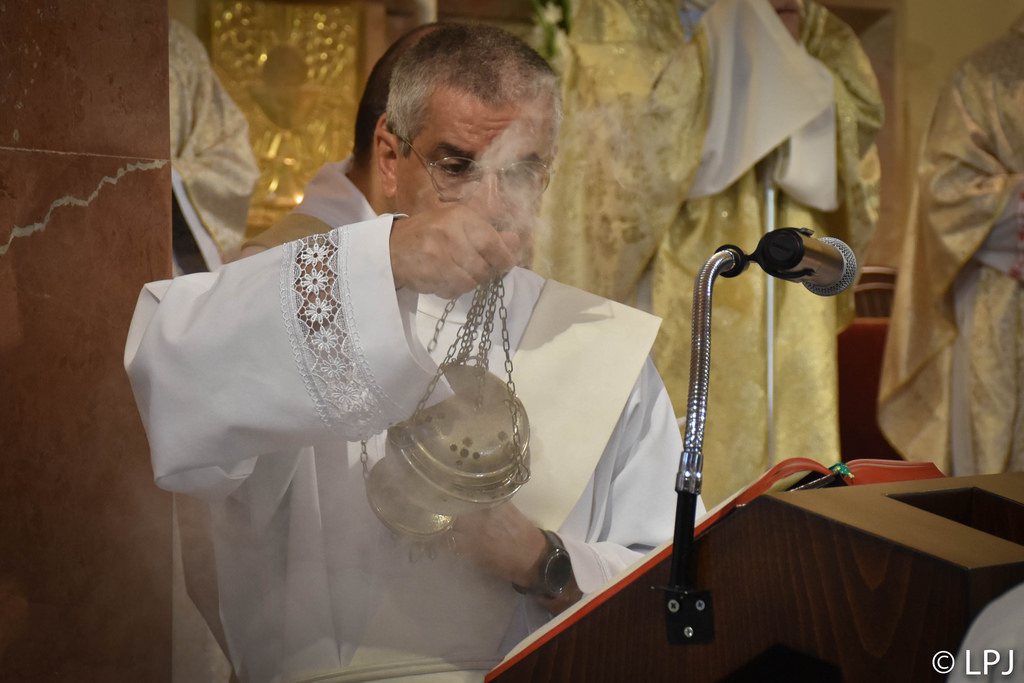